The Raspberry Pi and Teensy 3 both have I2S interfaces, and that means these boards can be used to play very high quality audio. A codec and an I2S interface is one thing, but turning that digital stream into a quality analog output is another thing entirely. You need only look at audiophile forums for enough mis- and disinformation for that evidence.

For his Hackaday Prize entry [William Hollender] is building an audio board for the Teensy 3.x. It features very high-end opamps, the right filters, and the correct topology to turn a digital audio stream into an analog signal that would please the most temperamental ear.

The Teensy Super Audio Board uses the Cirrus CS4272 audio codec chip, a high quality chip that can handle sample rates of up to 192kHz at 24 bit depth. This chip doesn’t include the analog input and output buffers, and this means [William] has quite a build in front of him. This means using high quality opamps, low noise power supplies, and knowing how to build a circuit and measure its noise.

So far, the tests revealed incredible dynamic range, flatness, and frequency response of this tiny little board. It also works with the Raspberry Pi. Now it’s just a matter of getting a few more of these boards put together for the Best Product part of the Hackaday Prize.

Crystal radios may be the simplest kind to make, but regenerative receivers are more practical and only a little more complicated. A recent design by [Selenium] is super simple because it uses a single LM386 audio amplifier IC.

You might be surprised that you can convert an audio amplifier to a receiver using just a handful of components (a variable capacitor, a coil, a handful of capacitors, and a speaker). However, [Selenium] realized he could subvert the gain and bypass pins to cause regeneration and wound up with a very simple receiver.

If you haven’t looked at regenerative receivers before, the principle is simple (and dates back to 1912). An oscillator is an amplifier that gets (theoretically) an infinite amount of gain at one particular frequency. A regenerative receiver is just an amplifier that is almost (but not quite) at the point of oscillation. This gives it very high frequency-specific gain and a measure of selectivity. You can also nudge the receiver just into oscillation to receive CW or SSB signals.

[Selenium] built his prototype on an old receiver chassis because it had the IC and the variable capacitor already in place. However, others have built successful copies on breadboards ([Austin Heller] created several good looking breadboard versions) and on PCB material. [Selenium] also released some other unique LM386-based designs that use more parts (and, probably, have better performance). Looks like a simple way to build a practical receiver. 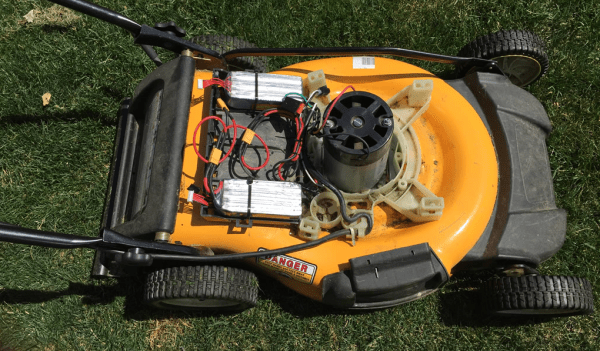 Back in 2010, [Dave] took a stand. He gave up his dependence on gasoline for his lawn mower, and bought a CubCadet CC500 48V lead acid powered electric lawnmower. Within two years, the batteries had already kicked the bucket. Unwilling to let go, he replaced half of the batteries, but that wasn’t enough. It now took him two charging cycles to mow his lawn once

Enough was enough. He had to replace the whole set — but this time, with LiPo.

As an avid lover of drones, he’s been using LiPo batteries for other things for quite a while. He did some calculations and figured he would only need about 10,000mAh at 48V for a 40 minute run time, which would still be a pretty pricey upgrade. So instead he started with 2 x 22.2V 5,200mAh packs instead ($200). As it turned out, that was more than enough.

The circuitry in the CubCadet was pretty straight forward, so it was almost a drop in replacement, minus the need to use a different charger. He added in a switch to flip between charging and mowing modes to allow him to use the LiPo charger without damaging anything. 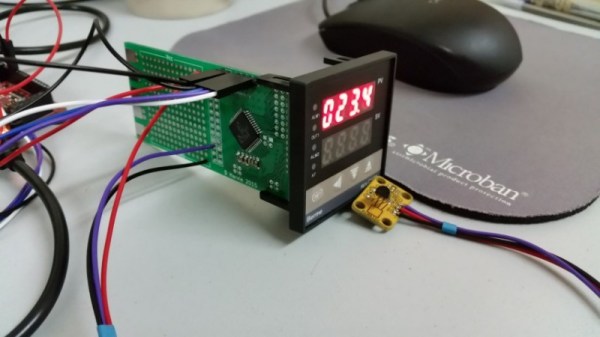 [Harvs] decided that even with cold junction compensation a K-type thermocouple wasn’t ideal for his application anyway, and designed a replacement PCB to interface to the display and power supply. The new PCB is based around a Cypress PsoC (a popular choice for its great analog functionality) with a DS18B20 temperature sensor. At the lower temperature ranges [Harvs] is interested in the DS18B20 is far more accurate and easy to use than the thermocouple.

Though the project hasn’t been updated recently, [Harvs] was planning on adding an ESP8266 for remote monitoring and control. Great work [Harvs]!

Thanks to Peter for the tip. 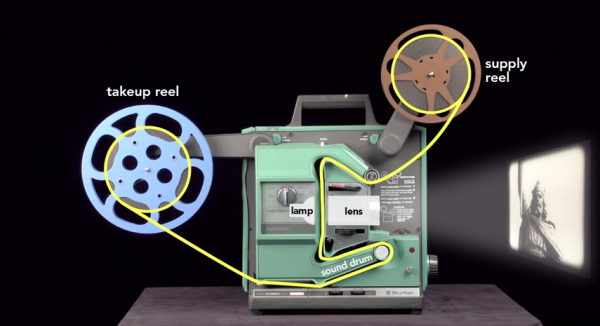 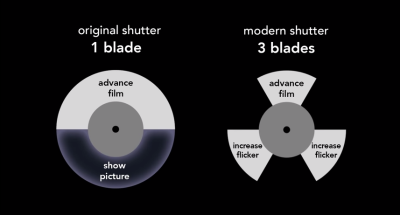 END_OF_DOCUMENT_TOKEN_TO_BE_REPLACED

Over the last few years, the state of the art in handheld routers has been tucked away in the back of our minds. It was at SIGGRAPH in 2012 and we caught up to it at Makerfair last year. Now, it’s getting ready for production.

Originally called Taktia, the Shaper router looks a lot like a normal, handheld router. This router is smart, though, with the ability to look at a work piece marked with a tape designed for computer vision and slightly reposition the cutter in response to how the user is moving it. A simple description doesn’t do this tool justice, so check out the video the Shaper team recently uploaded.

With the user moving the Shaper router over a work piece and motors moving the cutter head, this tool is able to make precision cuts – wooden gears and outlines of the United States – quickly, easily, and accurately. Cutting any shape is as easy as loading a file into Shaper, calling that file up on a touch screen display, and turning on the cutter. Move the router around the table, and the Shaper takes care of the rest.

Accuracy, at least in earlier versions, is said to be on the order of a hundredth of an inch. That’s good enough for wood, like this very interesting bit of joinery that would be pretty hard with traditional tools. Video below.

Thanks [martin] for the tip.

END_OF_DOCUMENT_TOKEN_TO_BE_REPLACED

[Paulie] over on the EEVBlog forums picked up an inexpensive frequency counter on eBay and realized it was just a little bit off. As a result, he decided to build a frequency standard. His build wound up costing him about $3 and he shared the design and the software for it.

The hardware design is very simple: a TCXO (also from eBay), an ATMega8, a pushbutton, and a AA battery with DC to DC converter to power the whole thing. The software does all the work, providing frequencies from 10MHz down to a few hundred hertz (including some common audio test frequencies).

If you haven’t worked with a TCXO before, it is a crystal oscillator that includes a temperature compensation circuit to pull the crystal frequency up or down depending on temperature. Although crystal oscillators are pretty accurate already, adding this temperature compensation improves accuracy over the design temperature dramatically (typically, 10 to 40 times better than a naked crystal oscillator). If you want to learn more about TCXOs, here’s a good write-up.
A TCXO isn’t as good as an OCXO (where the first O stands for Oven). However, OCXOs cost more, are larger, and drain batteries (after all, it is running an oven). You can even hack your own OCXO, but it is going to cost more than $3.

If you want to see the real guts of one TCXO, check out the video.