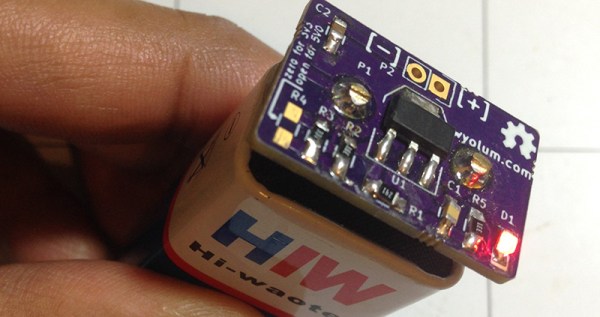 While it’s the easiest way to lay out a simple circuit for prototyping, breadboards are a pain. They are the ultimate kludge; they work well enough, but no one will ever say that a solderless breadboard is the most elegant solution.

[Mahesh] isn’t completely fixing the problems of solderless breadboards, but he has come up with a better way to supply power to breadboards. It’s a project called snapVCC, and it turns a 9 volt battery into a regulated 3.3 or 5 volt supply.

The idea behind snapVCC is simple enough; just add a circuit board to the top of a nine volt and add a voltage regulator. [Mahesh] is using an LM317 adjustable regulator, with a switch to change the output voltage from 3.3 to 5 volts. An LED indicates the output active, and another switch disconnects the battery from the circuit. Yes, it’s very simple and very useful, confounding everyone who is wondering why this project didn’t already exist. 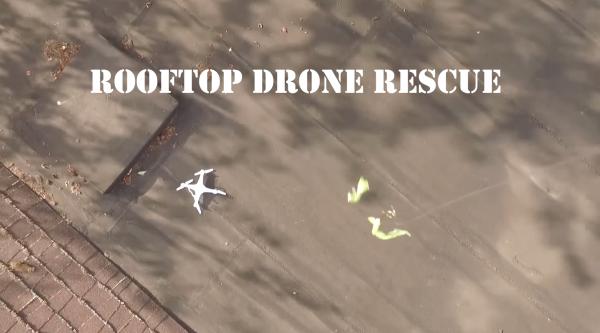 When [Harrison Howes] lost his Syma X5C drone on a neighbor’s roof, he thought all hope was lost. There was no easy access to get up there, and the neighbor wasn’t interested in him attempting a rescue. Months past, and [Harrison] got a new quad. And not just any quad — a DJI Phantom 3 Professional. It was time to attempt an aerial rescue operation!

Using some old coat hangers and some green painter’s tape for visibility, [Harrison] crafted two hooks to hang below the Phantom. He also tilted the FPV module straight down for maximum visibility of the rescue.

Set to the soundtrack of No Time for Caution by Hans Zimmer (from Intersteller), watch our hero deftly air lift his old quad off the roof and back to safety.

END_OF_DOCUMENT_TOKEN_TO_BE_REPLACED 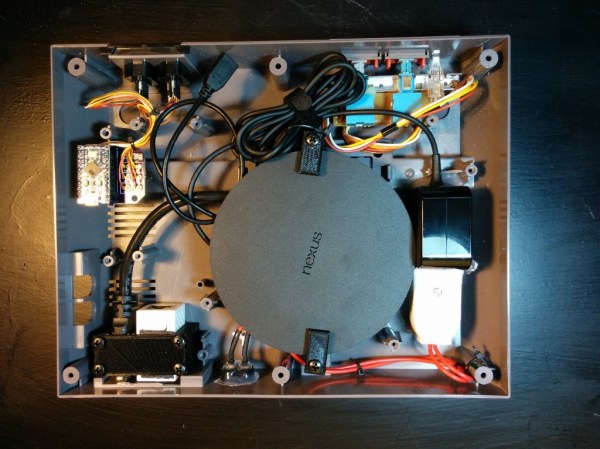 Anyone who has a Raspberry Pi and an old Nintendo has had the same thought. “Maybe I could shove the Pi in here?” This ran through [Adam’s] head, but instead of doing the same old Raspberry Pi build he decided to put a Nexus Player inside of this old video game console, with great success. Not only does it bring the power of a modern media player, it still works as an NES.

If you haven’t seen the Nexus Player yet, it’s Google’s venture into the low-cost home media center craze. It has some of the same features of the original Chromecast, but runs Android and is generally much more powerful. Knowing this, [Adam] realized it would surpass the capabilities of the Pi and would even be able to run NES emulators.

[Adam] went a little beyond a simple case mod. He used a custom PCB and an Arduino Pro Micro to interface the original controllers to the Nexus Player. 3D printed brackets make sure everything fits inside the NES case perfectly, rather than using zip ties and hot glue. He then details how to install all of the peripherals and how to set up the Player to run your favorite game ROMs. The end result is exceptionally professional, and brings to mind some other classic case mods we’ve seen before. 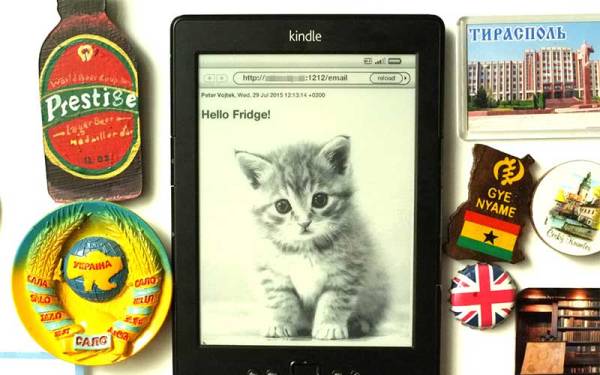 We’ve all got a pile of old devices lying around somewhere that are waiting to be torn down for parts, or turned into something useful. [Peter Voljek] decided to do the latter with an old Kindle eBook reader, turning it into a neat message board that can be stuck onto a fridge. With the addition of some server-side Ruby code, you can send messages to this by email, and it automatically displays the last message received. Throw on some magnetic sticky tape and you have a neat fridge door noticeboard.

[Peter] runs his Ruby web server on a Raspberry Pi, but it should run on any platform that supports Ruby, so you could run it on a NAS device, or pretty much anything that has a web server built in. The Kindle side of the hack exploits some secret commands to disable the screensaver, then uses AJAX and JavaScript to automatically refresh the webpage the RPi is serving.

Hey, why not combine this with the Kindle weather station hack to create a noticeboard that tells you what you need from the store, and reminds you why you shouldn’t leave the house at the same time?

The 6502 is a classic piece of computing history. Versions of this CPU were found in everything from the Apple ][, to the Nintendo Entertainment System, and the Commodore 64. The history of the 6502 doesn’t end with video games; for the last forty years, this CPU has found its way into industrial equipment, medical devices, and everything else that doesn’t need to be redesigned every two years. Combine the longevity of the 6502 with the fact an entire generation of developers first cut their teeth on 6502 assembly, and you have the makings of a classic microprocessor that will, I’m sure, still be relevant in another forty years.

The cathedral of The 6502 is Western Design Center. For more than 35 years, WDC has been the home of 6502-related designs. Recently, WDC has been interested in the educational aspects of the 6502, with one of the VPs, [David Cramer], lending his time to an after-school club teaching opcodes.

The folks at WDC recently contacted me to see if I would give their hardware a close look, and after providing a few boards, this hardware proved to be both excellent. They’re great for educators adventurous enough to deviate from the Arduino, Processing, and Fritzing zeitgeist, and for anyone who wants to dip their toes into the world of 65xx development.

END_OF_DOCUMENT_TOKEN_TO_BE_REPLACED 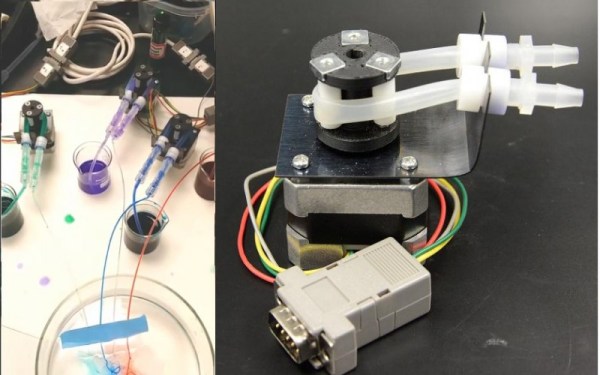 A team at [Vanderbilt University] have been hacking together their own peristaltic pumps. Peristaltic pumps are used to deliver precise volumes of fluid for research, medical and industrial applications. They’re even occasionally used to dose fish tanks.

They work by squeezing the fluid in a flexible tube with a series of rollers (check out the awesome gif from Wikipedia to the right). We’ve seen 3D printed peristaltic pumps before, and cheap pumps have been appearing on eBay. But this build is designed to be lab grade, and while the cheap eBay devices can deliver ~20ml/min this one can deliver flow rates in the microliter/min range. It also has a significant cost advantage over commercial research grade pumps which typically cost thousands of dollars, each of these pumps costs only fifty bucks.