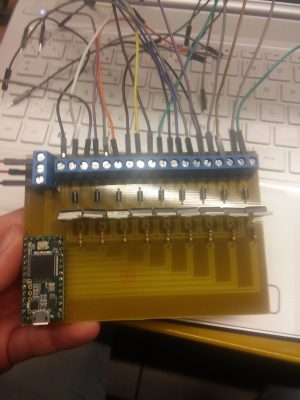 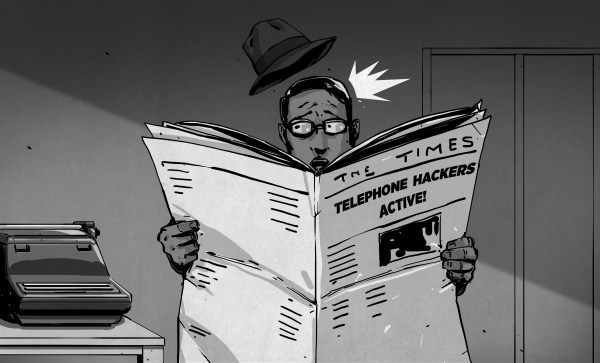 To a casual observer it might seem as though our community is in the news rather a lot at the moment. It’s all about hacks on our TV screens in the soap opera of Washington politics, who hacked this, whether those people over there helped that lot hack the other lot, or even whether that person’s emails could have been hacked on that server. Keeping up with it as an outsider can become a full-time job.

Of course, as we all know even if the mainstream journalists (or should I refer to them colloquially as “hacks”?) don’t, it’s not us they’re talking about. Their hackers are computer criminals, while we are people with some of the hardware and software skills to bend technology to our will, even beyond what its designers might have intended. And that divergence between the way we use the word in a sense of reappropriation and they use it in disapprobation sometimes puts us in an odd position. Explaining to a sober-suited businessman as the director of a hackspace, that no, we’re not *those*hackers can sometimes  feel like skating on thin ice.

END_OF_DOCUMENT_TOKEN_TO_BE_REPLACED

Building a software defined radio (SDR) involves many trades offs. But one of the most fundamental is should you use an FPGA or a CPU to do the processing. Of course, if you are piping data to a PC, the answer is probably a CPU. But if you are doing the whole system, it is a vexing choice. The FPGA can handle lots of data all at one time but is somewhat more difficult to develop and modify. CPUs using software are flexible–especially for coding user interfaces, networking connections, and the like) but don’t always have enough horsepower to cope with signal processing tasks (and, yes, it depends on the CPU).

[Eric Brombaugh] sidestepped that trade off. He used a board with both an ARM processor and an ICE FPGA at the heart of his SDR design. He uses three custom boards: one is the CPU/FPGA board, another is a 10-bit converter that can sample at 40 MSPS (sufficient to decode to 20 MHz), and an I2S DAC to produce audio. Each board has its own page linked from the main project.

END_OF_DOCUMENT_TOKEN_TO_BE_REPLACED

Having a restricted 4-way or 8-way digital joystick for an arcade game is fine if the joystick is built into a game cabinet that plays only one game — 4-way for Pacman and 8-way for Super Cobra. But [Tinker_On_Steroids] wanted a joystick that could be restricted as either 4-way or 8-way for a cabinet that could play a multitude of games, and it had to switch from one type of restriction to the other automatically based on the selected game.

His digital joystick already came with a plate that can be mounted for either 4-way or 8-way restriction, but it has to be manually screwed in place for one or the other. He removed it and designed two 3D-printable parts, one that is to be mounted firmly to the bottom of the joystick and the other that rotates within the first one. Rotated in one orientation gives 4-way restriction and in the other orientation gives 8-way. That left only attaching a servo to do the rotation. The first video below shows mounting this all to the joystick and demoing the servo using a Teensy. The STL files for the parts are on his Thingiverse project page.

He also shows a simple circuit board he made that has two buttons and two LEDs on it for connecting to the Teensy and controlling the servo. And as an added option he shows how to talk to the Teensy from his desktop computer through USB and control the servo that way. In the second video below he details all that and also does a walk-through of the code he wrote for the Teensy. On the Thingiverse page he provides only the hex file but it’s likely you’d write your own software for interfacing with a game anyway.