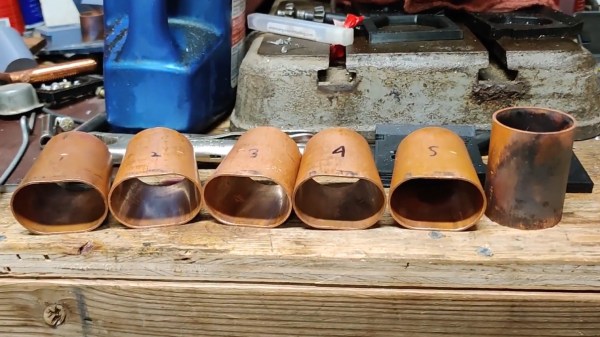 When we think of using a press to form metal we think of large stamps with custom made metal dies under unimaginable hydraulic pressure. It’s unlikely we’d e think of anything 3D printed. And in a commercial environment we’d be right. But your average garage hacker is far more likely to have access to a bench vise and a 3D printer. It’s in this context that [The Shipping Container Garage] has spent considerable time, effort, and money perfecting a process for pressing copper parts with 3D printed dies, which you can watch below the break.

In the quest to make a custom intake manifold for his project car, [The Shipping Container Garage] first made 3D printed jigs for cutting out a manifold flange that bolts to the cylinder head. It’s a process he calls Analog CNC, as all the cutting is done by hand.

Buoyed by his success, he proceeded with the next step: making manifold runners. His metal of choice was copper. While softer than many metals such as steel, he found it too hard. In the video, he describes his method for annealing the copper. Once cooled, two 3D printed dies are pressed into the copper tubes to progressively shape them. Watch the video to find out one of the neatest details of the die itself: how he gets it out!

Of course no matter how clever this all is, it’s useless if it produces poor results. And that’s where the most astounding part of the build is: The parts are all the same within 0.006 inches (0.15mm) of each other, and the parts fit the manifold flange they were made for. Additionally, the die can be used for the duration of the project at hand. For low volume production, this appears to be a viable method. It’ll be interesting to see what others do to iterate these processes to even more advanced stages.

You may also like to see 3D printing used in leather working and in jigs for beautiful circuit sculptures. A big thanks to [JapanFan] for the tip! If you have your own pressing hacks to share, let us know via the Tip Line!

END_OF_DOCUMENT_TOKEN_TO_BE_REPLACED

In a brilliant write-up, [Stephen Tong] brings us his “Use-After-Free for Dummies“. It’s a surprising tale of a vulnerability that really shouldn’t exist, and a walkthrough of how to complete a capture the flag challenge. The vulnerable binary is running on a Raspberry Pi, which turns out to be very important. It’s a multithreaded application that uses lock-free data sharing, through pair of integers readable by multiple threads. Those ints are declared using the volatile keyword, which is a useful way to tell a compiler not to optimize too heavily, as this value may get changed by another thread.

On an x86 machine, this approach works flawlessly, as all the out-of-order execution features are guaranteed to be globally transparent. Put another way, even if thread one can speed up execution by modifying shared memory ahead of time, the CPU will keep the shared memory changes in the proper order. When that shared memory is controlling concurrent access, it’s really important that ordering happens the way you expect it. What was a surprise to me is that the ARM platform does not provide that global memory ordering. While the out-of-order execution will be transparent to the thread making changes, other threads and processes may observe those actions out of order. An example may help:

END_OF_DOCUMENT_TOKEN_TO_BE_REPLACED 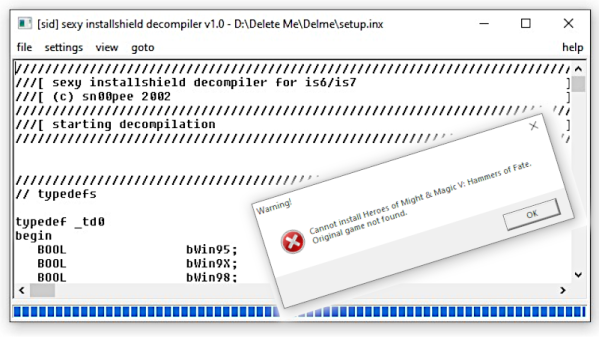 These days, we seldom purchase games on physical media. Even when buying titles from yesteryear, we usually download them from an online service. Some of these older games haven’t been properly ported to their new delivery platform, as [Slortibort] found out. Thus, it was time to dive into the game files and sort the problem out.

The game in question was the Hammers of Fate expansion pack for the base game Heroes of Might and Magic V. [Slortibort’s] partner bought it from Ubisoft, and ran the installer. However, the installer would report that it couldn’t find the original files from the base game, and fail to start.

Fixing the issue was no mean feat, requiring use of the Sexy Installshield Decompiler to dive into the guts of the installer to see what was going wrong. In the end, it came down to some registry key shenanigans, but the route of how [Slortibort] got there is well worth the read.

It’s a fine example of some of the issues around moving games to digital distribution; proper attention must be paid to do it right. Even then, there’s always the risk you’ll lose your games down the track. There are benefits, of course, but there’s always a tradeoff to be made. 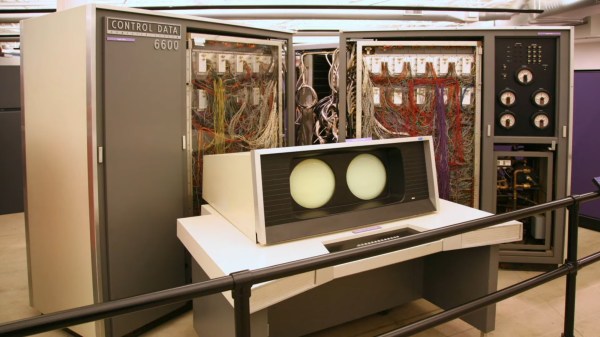 The evolution of computer graphics is something that has been well documented over the years, and it’s a topic that we always enjoy revisiting with our retrocomputing readers. To wit, [Stephen A. Edwards] has put together an impressively detailed presentation that looks back at the computer graphics technology of the 1960s and 70s.

The video, which was presented during VCF East 2021, goes to great lengths in demystifying some of the core concepts of early computer graphics. There’s a lot to unpack here, but naturally, this retrospective first introduces the cathode-ray tube (CRT) display as the ubiquitous technology that supported computer graphics during this time period and beyond. Building from this, the presentation goes on to demonstrate the graphics capabilities of DEC’s PDP-1 minicomputer, and how its striking and surprisingly capable CRT display was the perfect choice for playing Spacewar!

As is made clear in the presentation, the 1960s featured some truly bizarre concepts in regards to cutting edge computer graphics, such as Control Data Corporation’s 6600 mainframe and accompanying vector-based dual-CRT video terminal, which wouldn’t look out of place on the Death Star. Equally strange at the time was IBM’s 2260 video data terminal, which used a ‘sonic delay line’ as a type of rudimentary video memory, using nothing but coiled wire, transducers and sound itself to store character information following a screen refresh.

These types of hacks were later replaced by solid state counterparts during the microcomputer era. The video concludes with a look back at the ‘1977 trinity’ of microcomputers, namely the Apple II, Commodore PET and TRS-80. Each of these microcomputers handled graphics in a slightly different way, and it’s in stark contrast to today’s largely homogenised computer graphics landscape.