What do you do with 144 7-segment displays? If you’re [Frugha] you put them all together to create an epic clock. Each display has 8 individual LEDs — 7 segments, and a decimal point. Put that all together, and you’ve got 1152 individual LEDs to control. This presented a problem, as [Frugha] wanted to control the clock with a single Arduino Nano. Even charlieplexing won’t get you that many I/O lines.

The solution was a nifty little chip called the MAX7219. The ‘7219 speaks SPI and can control 64 individual LEDs. [Frugha] used 18 of them in the clock, giving him full control over all his LEDs. That’s pretty impressive, considering the last matrix 7-segment display we saw required 48 Arduinos!

Another problem is memory – 1152 “pixels” would quickly overrun the 2KB RAM in the ATmega328. This is a clock though — which means only digits 0-9 and a colon. [Frugha] picked a nice font and hand-coded lookup tables for each digit. The lookup tables are stored in ROM, saving precious RAM on the Arduino.

A clock wouldn’t be any good if it wasn’t accurate. A Tiny RTC supplies battery-backed time data. [Frugha] wrapped everything up with a neat layout on a custom PCB. Sure, you could put it in a case, but we think a clock this crazy deserves to be left open – so you can see it in all its glory.

END_OF_DOCUMENT_TOKEN_TO_BE_REPLACED

There are a variety of means by which numbers can be displayed from an electronic circuit, and probably the most ubiquitous remains the seven-segment display. Take seven LEDs, lamps, LCDs, VFD segments or mechanical flip-dot style units in the familiar rectangular figure eight, and your microcontroller or similar can display numbers. There are a variety of different interfaces, but at most all that is needed is a level shifter and a driver.

Sometimes though we encounter a completely novel 7-segment display, and such is the case with [Fhuable]’s all mechanical single digit display. It bears a superficial resemblance to a flipdot display, but instead of a magnetic actuator, it instead uses a complex system of gears and cams to flip the segments sequentially from the turning of a small crank. It appears to be the same mechanism he’s used in his subscription counter project whose video we’ve placed below the break, and it is truly a thing of beauty. We’re not entirely certain how useful it would be as a general-purpose display in its current form, however, we can see it being adapted with relative ease. A clock might, for example, be an eye-catching project.

Most displays that make it here have some electrical components, so it’s unusual to see an entirely mechanical one. But that’s not necessarily always the case.

END_OF_DOCUMENT_TOKEN_TO_BE_REPLACED 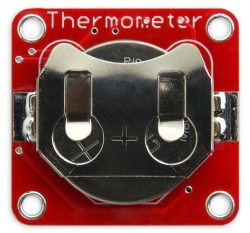 END_OF_DOCUMENT_TOKEN_TO_BE_REPLACED

It’s safe to say that hot-melt glue is a staple of the projects we see here at Hackaday. There won’t be many readers who don’t have a glue gun, and a blob of the sticky stuff will secure many a project. But it’s not so often we see it used as an integral component for a property other than its stickiness, so [DusteD]’s reaction timer project is interesting for having hot glue as a translucent light guide and diffuser for its LED seven-segment display.

The timer is simple enough, being driven by an Arduino board, while the display is pre-formed into the 3D-printed case. The hot glue fills the enclosures behind each segment, and after several experiments it was found that the best filling method was from behind against a piece of Kapton tape. The LEDs were wired into a common cathode array, and along with the arcade-style button and the Arduino the whole fitted neatly in the box. You can see the result in action in the video below the break.

Of course, this display is unusual for its use of hot glue, but not unique. We’ve seen a different take on a hot glue light pipe display before.