[RoGeorge] was lucky enough to score a couple of seemingly defective control panels from HP Laserjets discarded by his workplace. Seeing potentially good parts going to waste, like keypads and LCDs, he decided to investigate them further – finding a 50,000 gate Xilinx Spartan IIE running the show. Never one to say no to opportunity, [RoGeorge] dived in to learning how to work with FPGAs.

The forum posts are a great crash course in working with this sort of embedded FPGA platform. [RoGeorge] covers initial mapping of the peripherals on the board & finding a JTAG connector and programming solution, before moving on to basic FPGA programming and even covers the differences between sequential programming on microcontrollers and the parallel operation of FPGAs. Even if you don’t intend to get down and dirty with the technology, spend half an hour reading these posts and you’ll be far more knowledgeable about how they work!

In the end, [RoGeorge] showed how to teach yourself to work with FPGAs for the price of a couple of programming cables – not a mean feat by any means. It’s a testament to the hacker spirit, and reminds us of [SpriteTM]’s efforts in hacking hard drive controllers.

[Jeff Tranter] has done a number of retrocomputing projects. But he wanted to tackle something more substantial. So he set out to build a 68000-based single board computer called the TS2 that he found in a textbook. He’s documented it in a series of blog posts (about 30 posts, by our count) and a video that you can see below.

The 68000 had a very rational architecture for its day. A flat memory space was refreshing compared to other similar processors, and the asynchronous bus made hardware design easier, too. While most CPUs of the era assumed bus devices could perform their service in a fixed amount of time, the 68000 used a handshake with devices to allow them to take the time they needed. Most other CPUs had to provide a mechanism for a slow device to stall the bus which was complicated and, in many cases, less efficient.

END_OF_DOCUMENT_TOKEN_TO_BE_REPLACED 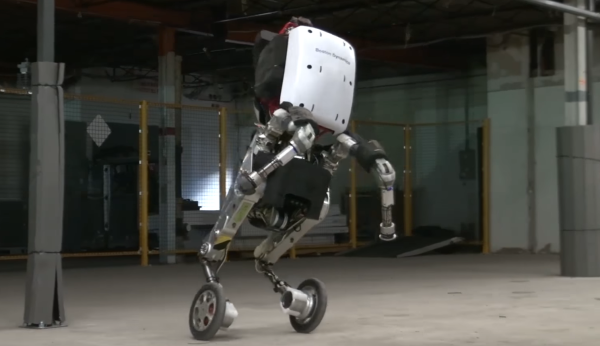 This is the first official look at Boston Dynamics’ new robot design, called Handle, and it’s a doozy. They are a trusted source of cutting-edge real-world robotics, which is good. If this came from an unknown source we’d be scrambling to debunk it as fake. This robot shows incredible utility, the likes of which has been relegated to the computer graphics of the movie and video game industries.

At the beginning of the month, we saw a demonstration of the robot but it was simply cellphone footage of a conference hall video. This is a crystal clear 60fps video from Boston Dynamics themselves with a few juicy details to go along with it. Chief among them (for us anyway) is that this prototype has a battery range of about 15 miles between charges. The efficiency is due in large part to the wheeled nature of the beast. It balances on two wheels, but the design attaches those wheels to two fully articulated legs rather than directly to the frame of the body.

The result is a quadruped that is distinctly not human in appearance but can perform well in similar environments and with similar tasks. Handle is capable of offsetting its body weight, allowing the front limbs to pick up heavy objects while maintaining balance. The combination of both electric and hydraulic actuators let it perform feats like jumping over four-foot high objects. The independence of each wheel is shown off with ramps to simulate uneven terrain.

Bravo BD. We can’t wait to see Handle wheeling down the street placing smile-adorned boxes on each stoop as it revolutionizes home delivery. Oh, and kudos on the 80’s-style freeze frame at the end of the video below.

END_OF_DOCUMENT_TOKEN_TO_BE_REPLACED

Parents in Liverpool, UK, are being prepared to spot the signs that their children might be hackers. The Liverpool Echo reports on the launch of a “Hackers To Heroes” scheme targeting youngsters at risk of donning a black hat, and has an expert on hand, one [Vince Warrington], to come up with a handy cut-out-and-keep list. Because you never know when you’re going to need one, and he’s helped the Government so should know what he’s talking about.

Of course, they’re talking about “Hacker” (cybercriminal) while for us the word has much more positive connotations. And it’s yet another piece of ill-informed media scaremongering about technology that probably fits like so many others in the “People are having fun. Something Must Be Done About It!” category. But it’s still something that will probably result in hassle for a few youngsters with an interest in technology, and that’s not encouraging.

The full list is reproduced below, if you’re a parent it seems you will need to watch your children if:

Reading the list, we can’t help wondering how many Hackaday readers would recognise as perfectly normal behaviours from their own formative years. And some of them look ripe for misinterpretation, for example your internet connection slowing down does not automatically mean that little [Jimmy] is selling a billion compromised social media accounts on the Dark Web.

Particularly concerning though is the final association of computer crime with children who are autistic or have Asperger’s Syndrome. Picking on a minority as a scapegoat for a public moral panic is reprehensible, and is not responsible journalism.

Still, you have to laugh. They remembered to include a stock photo of a hacker using a keyboard, but they’ve completely missed the telltale sign of a real hacker, which is of course wr1t1n9 11k3 r341 1337 h4xxx0rzzz. 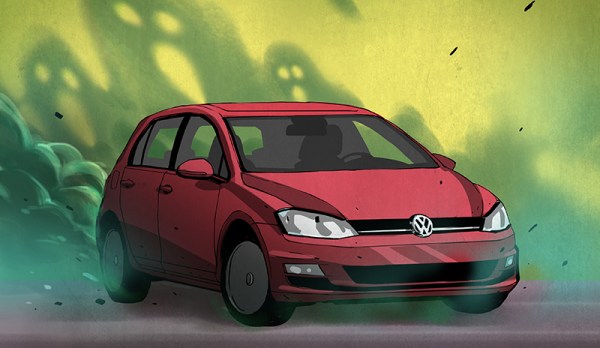 Sometime in the very distant future, the Universe will become the domain of black holes. Energy and entropy will be compressed into minuscule quantum fluctuations. Even in this domain of nothingness, there will still be one unassailable truth: you should not buy a 3D printer on Kickstarter.

We’re no strangers to failed 3D printer crowdfunding campaigns. Around this time last year, backers for the Peachy Printer, an inordinately innovative resin printer, found out they were getting a timeshare in Canada instead of a printer. This was unusual not because a crowdfunding campaign failed, but because we know what actually happened. It’s rare to get the inside story, and the Peachy Printer did not disappoint.

For the last few months, we’ve been watching another crowdfunding campaign on its long walk to the gallows. The Tiko 3D printer is another 3D printer that looks innovative, and at the time of the crowdfunding campaign, the price couldn’t be beat. For just $179 USD, the backers of the Tiko printer would receive a 3D printer. Keep in mind the Tiko launched nearly two years ago, when a bargain-basement printer still cost about $400. Fools and money, or something like that, and the Tiko 3D printer campaign garnered almost three million dollars in pledges.

Now, after almost two years of development, Tiko is closing up shop. In an update posted to the Tiko Kickstarter this week, Tiko announced they are laying off their team and winding down operations. It’s a sad but almost predictable end to a project that could have been cool. Unlike so many other failed crowdfunding campaigns, Tiko has given us a post-mortum on their campaign. This is how the Tiko became a standout success on Kickstarter, how it failed, and is an excellent example of the difference between building one of something and building ten thousand.

END_OF_DOCUMENT_TOKEN_TO_BE_REPLACED 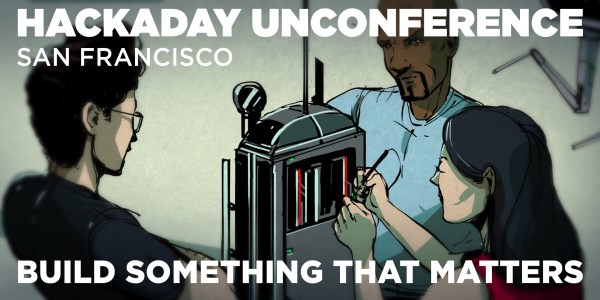 We want you to make the next Hackaday live event great. This is an Unconference in San Francisco on Saturday, March 18th and it depends completely on you. Get signed up now!

You’re in Control of the Hackaday Unconference

An unconference is a live event where you decide the topic, guide the discussion, and generally make it an epic Saturday. We have a handful of speakers lined up to help get things started. But we also want you to be ready to give a talk. Everyone that shows up should be prepared to stand up and deliver eight minutes on something they find exciting right now.

Kicking off the night we’ll ask each person to tell us the title or topic of their talk and approximate length of the presentation. Once all the titles are written down we’ll hammer out the schedule right then and there. If you haven’t been to an unconference this is the time to sign up, collect your thoughts, and jump into an afternoon of extemporaneous idea-sharing. If you have been to an unconference we’re guessing you signed up as soon as you saw this announcement.