On August 21, 2017, the moon will cast its shadow across most of North America, with a narrow path of totality tracing from Oregon to South Carolina. Tens of millions of people will have a chance to see something that the continental US hasn’t seen in ages — a total eclipse of the sun. Will you be ready?

The last time a total solar eclipse visited a significantly populated section of the US was in March of 1970. I remember it well as a four-year-old standing on the sidewalk in front of my house, all worked up about space already in those heady days of the Apollo program, gazing through smoked glass as the moon blotted out the sun for a few minutes. Just watching it was exhilarating, and being able to see it again and capitalize on a lifetime of geekiness to heighten the experience, and to be able to share it with my wife and kids, is exciting beyond words. But I’ve only got eight months to lay my plans! END_OF_DOCUMENT_TOKEN_TO_BE_REPLACED

END_OF_DOCUMENT_TOKEN_TO_BE_REPLACED

Before you overreact to the title, keep in mind the latest version of Eclipse is code named “Mars.” It is always a bit of a challenge to set up a generic ARM tool chain. If you don’t mind sticking to one vendor, shelling out a lot of money, or using Web-based tools, then you might not have this problem. But getting all the tools together can be annoying, at best.

[Erich Styger] works with students and knows they often stumble on just this step so he’s provided clear documentation for getting Eclipse, the ARM gcc compiler, and a full set of tools installed. He focuses on Windows and the Kinetis platform, but the steps are virtually the same regardless. Just get the right tools for your operating system and skip the Kinetis-specific parts if you don’t need them.

END_OF_DOCUMENT_TOKEN_TO_BE_REPLACED 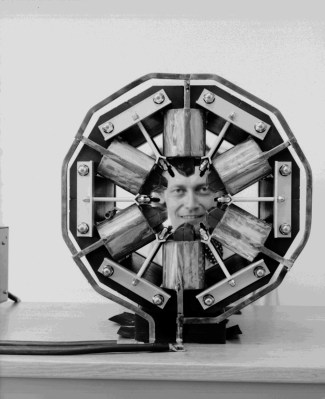 [James Lynch] picked up an LPCXpresso board because he wanted play around with ARM processors. The board, which is shown on the right, provides everything you need to get started. It even ships with a free IDE. But unfortunately the free version of that Code Red IDE is size limited. If he wanted to remove the restriction he would have to pony up $999 for a licensed version. A company might not think twice about this payment, but in the hobby realm that’s simply out of the question. Instead, [James] figured out how to use the CooCox programmer with the LPCXpresso hardware. To get at his 59-page guide on the process follow that link and hit the “Download Zip” button in the lower right for a copy of the PDF file.

The hack comes in two parts. First you need to alter the LPCXpresso board. There is a center line that separates the dev board form the debugger/programmer. These are connected with solder bridges between rows of a dual pin-header. [James] removed the bridges and added said pin header. This allows him to jumper the connections and use it as normal, or attach it to his CooCox programmer as seen above. The second part of the project walks through the process of getting the free CoIDE (also based on Eclipse) to compile and program code for the LPCXpresso.

We’ve seen this dev board here and there, notably in an oscilloscope build. We’re partial to using gedit and a makefile for our AVR projects. But for the most part we don’t a debugger with those smaller chips. Now that we’re getting going with ARM processors we use debugging all the time and Eclipse is a great way to combine code writing, compiling, and debugging in one place. Sure, we could use one of TI’s provided IDEs (some of them are based on Eclipse), but we’d rather build our tools up ourselves. [Doragasu] is making this a snap with his Eclipse for Stellaris Launchpad tutorial.

He illustrates every step with a screenshot like the one seen above. Here he is including the driverlib from StellarisWare in the linking step. After all of the compiler and linker settings are just right all you need to do is make a copy of the template to start a new project. The final part of the setup configures lm4flash to write binaries to the chip, and configures OpenOCD for use when debugging.

[Justin] is a bit of an astronomy geek, but that doesn’t mean he’s always prepared for celestial phenomena. When he realized the May 20th annular eclipse was only a few days away, [Justin] dropped everything, built a pinhole solar viewer, and drove three hours for the best view of the eclipse. He learned something watching the eclipse; these sort of things sneak up on you, and you really need to plan ahead if you want to truly enjoy the music of the celestial spheres. After the eclipse, [Justin] set to work building a filter to watch a Venusian eclipse with his telescope.

If [Justin] pointed his 8 inch Schmidt–Cassegrain directly at the sun, he would most likely damage the optics in his ‘scope, burn several retinas, and other very, very bad things. The best way to view the Sun with a telescope is with an expensive Hydrogen alpha or a general solar filter, but these are expensive and the clock was rapidly ticking down to the transit of Venus. After reading that blocking most of the light from coming into the ‘scope, [Justin] built an aperature reducer out of a few bits of foam board, foil, and dark fleece.

How did viewing the transit with a telescope turn out? Well, if you don’t compare [Justin]’s pictures to the multi-million dollar toys NASA and astronomers have, pretty good. It’s a very good job considering the entire foam-core aperture reducer was built in the course of an evening.

While it may be a little early to be planning for the next Venusian transit in the year 2117, there will be a transit of Mercury on May 9, 2016. All [Justin] has to do is remember when it will happen.