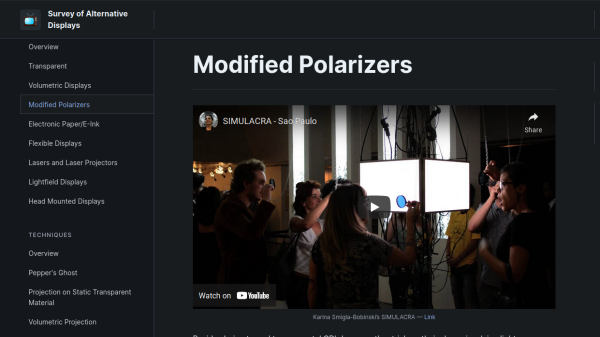 [Blair Nearl] has been working on an information database for artists and hackers – a collection of non-conventional display technologies available to us. We’ve covered this repository before, six years ago – since then, it’s moved to a more suitable platform, almost doubled in size, and currently covers over 40+ display technology types and related tricks. This database is something you should check out even if you’re not looking for a new way to display things right now, however, for its sheer educational and entertainment value alone.

[Blair] doesn’t just provide a list of links, like the “awesome-X” directories we see a lot of. Each entry is a small story that goes into detail on what makes the technology tick, its benefits and fundamental limitations, linking to illustrative videos where appropriate. It’s as if this guide is meant to give you an extensive learning course on all the ways you can visualize things on your creative journey. All of these categories have quite a few examples to draw from, highlighting individual artworks that have made use of any technology or trick in a particular way.

If you’re ever wondered about the current state of technology when it comes to flexible or transparent displays, or looked for good examples of volumetric projection done in a variety of ways, this is the place to go. It also talks about interesting experimental technologies, like drone displays, plasma combustion or scanning fiber optics. Overall, if you’re looking to spend about half an hour learning about all the ways there are to visualize something, this database is worth a read. And, if there’s a display technology the author might’ve missed and you know something about, contributions are welcome!

Someone setting out to compile information about an extensive topic is always appreciated, and helps many hackers on their path. We’ve seen that done with 3D printer resin settings and SMD part codes, to name just a few. What’s your favourite hacker-maintained database? 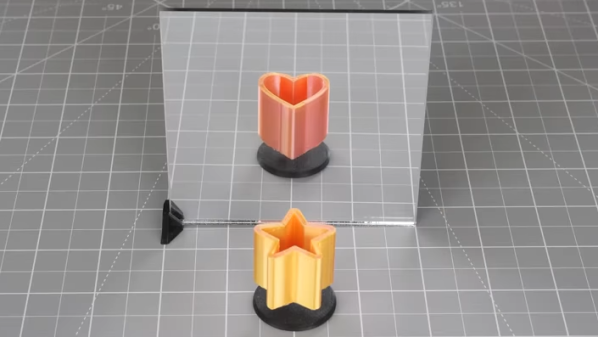 A new video from [Make Anything] shows off a nice combo that has a real visual impact: ambiguous shapes that look different depending on what angle they are viewed at, combined with an unusual filament that enhances the effect greatly. As you can see in the image above that shows off just such an object in front of a mirror, the results are pretty striking.

Japanese mathematician and artist [Kokichi Sugihara] figured out the math behind such objects, of which his ambiguous cylinder illusion is probably the most well-known. That inspired [Make Anything] to create his own strange objects, which he showcases happily. He adds one more twist, however.

What is a natural complement to an object that looks different based on the direction from which it is viewed? A filament whose color depends on what direction it is viewed, of course! The filament in question is MatterHackers Quantum dual-color PLA, and this unusual filament is split right down the middle in two different colors, resulting in a printed object whose exact color depends entirely on the viewing angle, and the object geometry.

The resulting objects look especially striking when demonstrated with the help of a mirror, because as the object turns and changes, so does the color change as well. You can watch it all in action in the video below (embedded after the page break) which showcases quite a few different takes on the concept, so check it out to see them all.

3D printing has certainly opened up a new doors when it comes to brain-bending optical effects, like this hypnotic Moiré pattern, and perhaps dual-color filament can enhance those as well.

END_OF_DOCUMENT_TOKEN_TO_BE_REPLACED 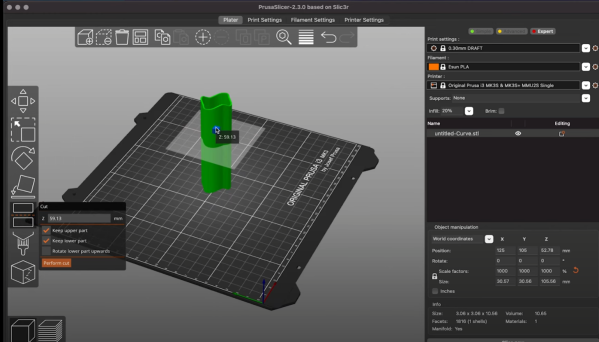 Say what you will about illusions, [Create Inc] has some 3D prints that appear to change shape when viewed in a mirror. For example, circles transform into stars and vice versa. A similar trick was performed by [Kokichi Sugihara] in 2016, where he showed circles that appear as squares in the mirror. For the trick to work, the camera’s position (or your eye) is important as the shapes look different from different angles. The illusion comes in when your brain ignores any extra information and concludes that a much more complex shape is a simpler one. [Create Inc] walks you through the process of how the illusion works and how it was created in Blender.

When he posted the video on Reddit, most seemed to think that it wasn’t a mirror and there was some camera trickery. At its heart, this is reverse-engineering a magic trick, and we think it’s an impressive one. STL files are on Thingiverse or Etsy if you want to print your own. We covered a second illusion that [Kokichi] did that relies on a similar trick.

END_OF_DOCUMENT_TOKEN_TO_BE_REPLACED 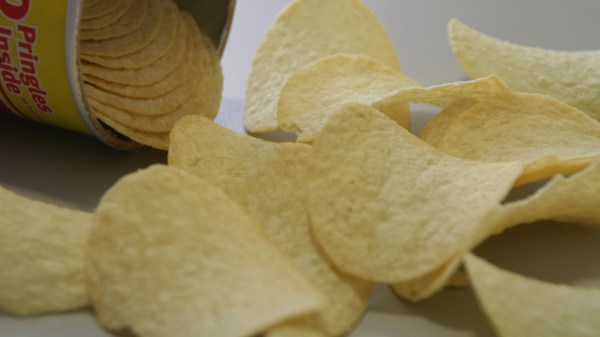 We hear fables of how to restore the crispness to your crisp and the crackle to your crackers, but they are more hot air than some of the methods. We found one solution that has some teeth though, and it doesn’t require any kitchen appliances, just a pair of headphones. Keep reading before you mash potato chips into your Beats. [Charles Spence] co-authors a paper with [Massimiliano Zampini] titled The Role of Auditory Cues in Modulating the Perceived Crispness and Staleness of Potato Chips. It’s a mouthful, so folks refer to it as the “Sonic Chip Experiment,” which rolls off the tongue. The paper is behind paywalls, but you can find it if you know where to look.

The experiment puts participants in some headphones while they eat Pringles, and researchers feed them different sound waves. Sometimes the sound file is a recording of crackly chewing, and other times it is muffled mastication. The constant was the Pringles, which are a delight for testing because they are uniform. Participants report that some chips are fresher than others. This means we use our ears to help judge consumable consistency. Even people who knew all about the experiment report they can willingly fool themselves with the recordings.

What other foods would benefit from the augmented crunch, and which ones would suffer? If shapely food is your jam, we have a holy cookie which is probably best enjoyed with your eyes. If you prefer your Skittles organized by color, we have you covered.

END_OF_DOCUMENT_TOKEN_TO_BE_REPLACED

[Ali] had the idea to turn this arrow illusion into something motorized, and for that he turned to 3D printing. The models for the illusion arrows were already available, but there had to be a way to turn a single arrow into an art installation. For that, you just need a few 9g servos. [Ali] slightly modified his servos so they would turn a full 180 degrees, and designed a magnetic mount to allow easy swap-out of these arrows.

The servos are attached to a 3D printed frame with heat-staked threaded inserts, and driven by a Pololu servo driver. The effect is great, with multiple arrows twisting and turning but still only appearing to point to the right. [Ali] put together two videos of this arrow illusion, one that’s effectively a build guide, and of course all the STLs are available in a link in the description.

END_OF_DOCUMENT_TOKEN_TO_BE_REPLACED 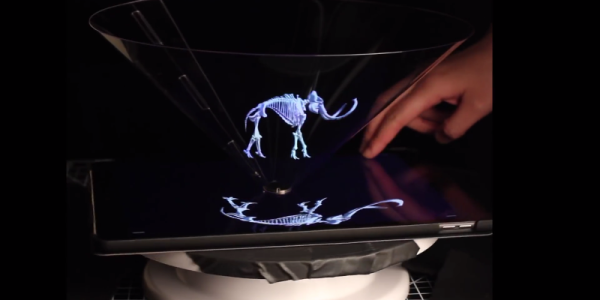 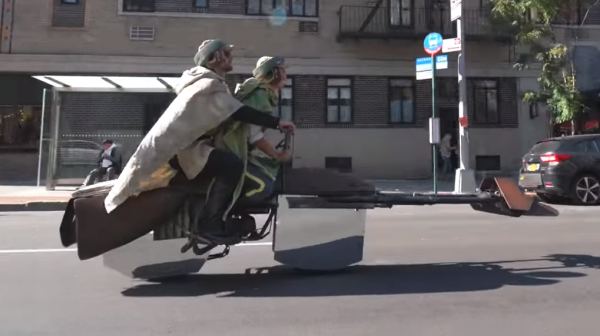