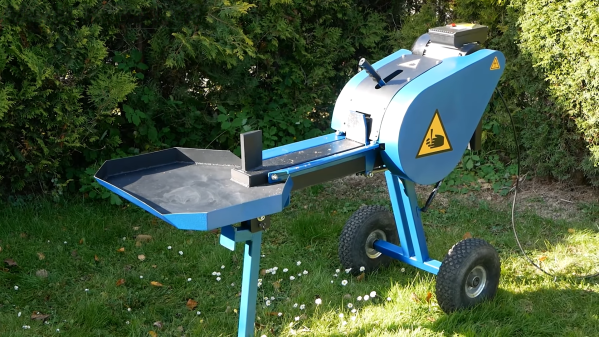 Swinging an axe to split firewood is great exercise and a wonderful way to blow off steam. However, if you’re not a muscled-up Hollywood character that needs to do some emotional processing, it can get pretty dull. Building a powered log splitter could make the work less strenuous, as [Made in Poland] demonstrates. (Video, embedded below.)

The build relies on a big electric motor, which is connected to a set of gears via a big belt drive. Those gears subsequently drive a rack forward when engaged via a lever, which pushes a log towards a splitter blade. The blade itself is a beautifully simple thing, being made out of a flat piece of steel bar carved up with a saw to form a pointy wedge.

The machine is remarkably effective, and greatly reduces the effort required to split even large 30 and 45 cm logs, as demonstrated in the video. We’ve featured a rundown on a few different designs before, too. Video after the break.

END_OF_DOCUMENT_TOKEN_TO_BE_REPLACED 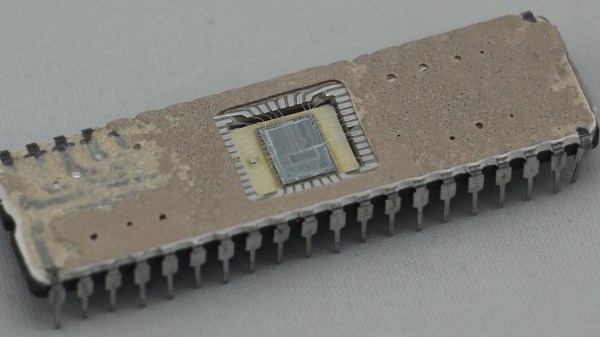 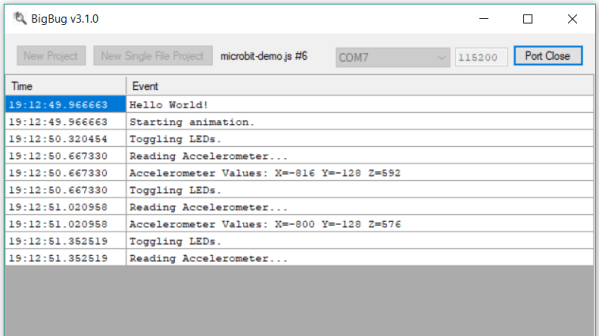 [Atakan Sarioglu]’s innovation, called BigBug (Github), is a dynamically-generated codebook. The codebook translates abbreviated messages sent over serial (UART here) to longer-form human-readable messages. To generate the codebook, BigBug automatically parses your comments to create a lookup between an abbreviation and the long-form message. When you are running your program on the microcontroller, BigBug will translate the short codes to long messages in real-time as you send log/debug data over serial. END_OF_DOCUMENT_TOKEN_TO_BE_REPLACED