You don’t need an Arduino for everything! Or do you? This is an argument that plays out here quite often. Whatever the outcome, most folks agree that once you’ve dipped your feet in the shallow end of the pool, the real fun is when you dive into the deep end.

[Mahesh Venkitachalam] designed tinyDriver, an experimental Open Source breakout board for the Atmel ATtiny84 chip. His idea was to create a convenient platform which can be used to understand microcontrollers in-depth, by letting users dive under the hood and make use of the various features of the chip such as timers, PWM, interrupts, ADC, and digital I/O. The ATtiny84 is cheap and simple enough for starters. Add a low-cost AVR programmer, install the free and cross-platform avr-gcc and avrdude tool chain, read up the data sheet, learn some C programming and start experimenting. Rinse and repeat and you’ll be a pro at it soon. He’s got a few starter projects documented on his website to get you going.

The hardware is open source, and the Git repository contains the hardware source and example code. If you’re a hardware noob, he’s thoughtfully added a PTC resettable fuse and reverse polarity protection on the board to make sure you don’t release the magic blue smoke prematurely. All of the I/O’s are broken out on a header, and the motor driver and RGB LED can be disabled when not needed. The board isn’t hand-assembly friendly, but he plans to crowd fund it shortly. If you want to move beyond the Arduino platform, projects like the tinyDriver are the way to go.

[Hans Peter] had reached the moment of popping the question. Going down on one knee and proposing to his girlfriend, the full romantic works.

He’s a brave man, [Hans]. For instead of heading for the jeweller’s and laying down his savings on something with a diamond the size of a quail’s egg he decided that his ring should contain something very much of him. So he decided to 3D print a ring and embed a slowly pulsing LED in it. He does mention that this ring is a temporary solution, so perhaps his soon-to-be-Mrs will receive something sparkly and expensive in due course.

To fit his LED and flasher in such a small space he used a PIC10F320 microcontroller that comes in a SOT-23-6 package. This was chosen because it has a handy PWM output to pulse the LED rather than flash it. This he assembled dead-bug style with an 0603 LED, and a couple of hearing aid batteries to power the unit. He has some concerns about how long the hearing aid batteries will power the device, so as he wrote he had better hurry and get on his knees. (He informs us in his tip email that she said yes.)

Surprisingly we’ve covered quite a few engagement ring builds over the years. Closest to this one is an LED ring powered by an induction coil, but we’ve also featured machined titanium rings and some rather nice cast rings.

Ubuntu just came out with the new long-term support version of their desktop Linux operating system. It’s got a few newish features, including incorporating the “snap” package management format. One of the claims about “snaps” is that they’re more secure — being installed read-only and essentially self-contained makes them harder to hack across applications. In principle.

[mjg59] took issue with their claims of increased cross-application security. And rather than just moan, he patched together an exploit that’s disguised as a lovable teddy bear. The central flaw is something like twenty years old now; X11 has no sense of permissions and any X11 application can listen in on the keyboard and mouse at any time, regardless of which application the user thinks they’re providing input to. This makes writing keylogging and command-insertion trojans effortless, which is just what [mjg59] did. You can download a harmless version of the demo at [mjg59]’s GitHub.

This flaw in X11 is well-known. In some sense, there’s nothing new here. It’s only in light of Ubuntu’s claim of cross-application security that it’s interesting to bring this up again.

And the teddy bear in question? Xteddy dates back from when it was cool to display a static image in a window on a workstation computer. It’s like a warmer, cuddlier version of Xeyes. Except it just sits there. Or, in [mjg59]’s version, it records your keystrokes and uploads your passwords to shady underground characters or TLAs.

We discussed Snappy Core for IoT devices previously, and we think it’s a step in the right direction towards building a system where all the moving parts are only loosely connected to each other, which makes upgrading part of your system possible without upgrading (or downgrading) the whole thing. It probably does enhance security when coupled with a newer display manager like Mir or Wayland. But as [mjg59] pointed out, “snaps” alone don’t patch up X11’s security holes. 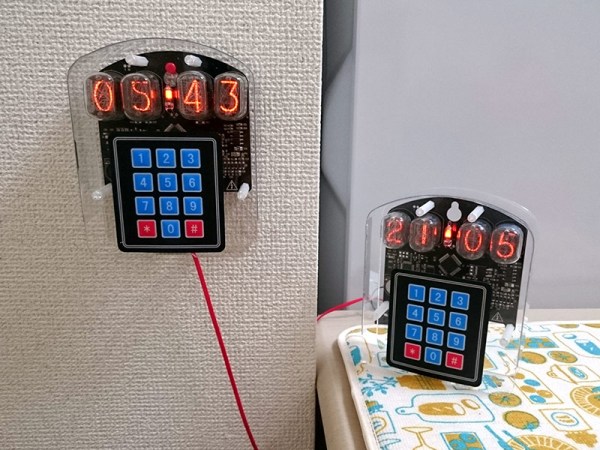 Nixie clocks. Nixie power meters. Nixie thermometers, speedometers, and even Nixies for personal adornment. Is there anything that hasn’t been Nixie-fied? How about a Nixie kitchen timer? Beyond the Nixie tube, this is a great build. Check out the video below the break.

As so often happens with Nixie aficionados, [Kouichi Kuroi] started with tubes and searched for a project to use them on. A wonky kitchen timer provided the thinly veiled excuse for the build – after all, anyone can drop a couple of yen on a commercial replacement, right? The timer features four IN-12 tubes and a large numeric keypad up front on a laser-cut acrylic case. For those who quibble with the keypad’s aesthetics and the wisdom of a Nixie project in the kitchen environment, [Ko] points out that an IP65 keypad would have more than doubled the price of the build, and a little common sense goes a long way to keeping the high-voltage side from meeting anything wet. In addition to countdown capability, the timer can also act as a stopwatch and display the time of day, and the Nixie tubes provide great visibility compared to seven-segment LCD timers.

As for the aforementioned Nixie projects, here’s a clock, power meter, thermometer, speedometer and necklace that we’ve featured before. What’s next for Nixies? We don’t know, but we’re keen to see what you come up with.

END_OF_DOCUMENT_TOKEN_TO_BE_REPLACED 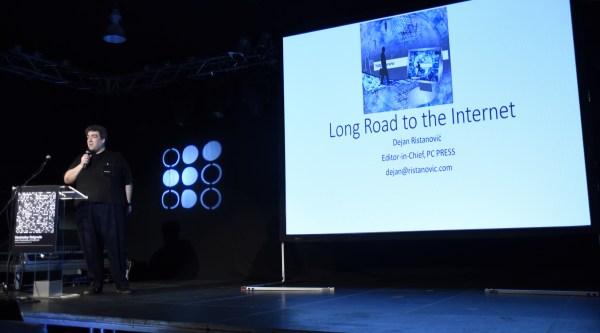 END_OF_DOCUMENT_TOKEN_TO_BE_REPLACED

USB cables? What a pain. You can never find the right type of connector when you need one, or you can’t figure out which way is up when you plug the cable in. These problems could be a thing of the past, though, with the latest version of the venerable USB connection: USB Type C. This new standard uses a single style of plug for both ends, so you can use cables either way around. The plugs also work both ways up, so you can plug it in with your eyes closed. Let’s take a look at what the USB type C connector means.

END_OF_DOCUMENT_TOKEN_TO_BE_REPLACED

Wolfram Alpha has been “helping” students get through higher math and science classes for years. It can do almost everything from solving Laplace transforms to various differential equations. It’s a little lacking when it comes to solving circuits, though, which is where [Grant] steps in. He’s come up with a tool called OneSolver which can help anyone work out a number of electrical circuits (and a few common physics problems, too).

[Grant] has been slowly building an online database of circuit designs that has gotten up to around a hundred unique solvers. The interesting thing is that the site implements a unique algorithm where all input fields of a circuits design can also become output fields. This is unique to most other online calculators because it lets you do things that circuit simulators and commercial math packages can’t. The framework defines one system of equations, and will solve all possible combinations, and lets one quickly home in on a desired design solution.

If you’re a student or someone who constantly builds regulators or other tiny circuits (probably most of us) then give this tool a shot. [Grant] is still adding to it, so it will only get better over time. This may be the first time we’ve seen something like this here, too, but there have been other more specific pieces of software to help out with your circuit design.