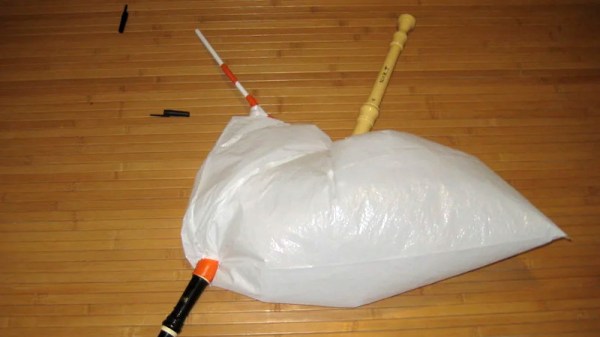 The bagpipes, most commonly seen in their Great Highland form from Scotland, are a loud and imposing musical instrument. Known for being difficult to practice quietly, they’re not the ideal thing to pick up in these times of quarantine and isolation. But, if you must, here’s how you can craft your own at home!

A garbage bag is used as the air bag for this design, readily available and easy to work with. A recorder is then installed into the bag to act as the chanter – the part of the instrument with with pitch is controlled by finger position. A second recorder is then installed as a drone, which produces the continuous harmonizing note typical of bagpipes. A pair of pens are used to create the blowpipe which supplies air to the instrument. Everything is then sealed up with tape and you’re ready to go!

While it’s not a great facsimile of an authentic Scottish bagpipe, it does work in the same way and make some noise. It would be interesting to see a talented player handle such a makeshift piece. Alternatively, consider some of the alternative DIY instruments we’ve featured before. Video after the break.

END_OF_DOCUMENT_TOKEN_TO_BE_REPLACED 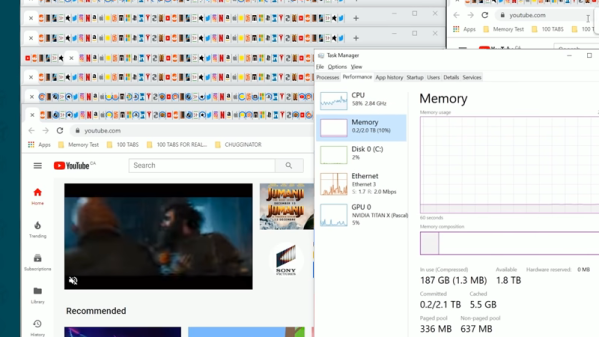 Tabbed browsing was a gamechanger, allowing users to effectively browse multiple websites at once without losing context. It proved a better solution than using multiple windows, and was an efficiency boon celebrated by all. Many of us are tab fiends, opening great numbers at a time as a habitual part of our workflow. [Linus] decided to find out just how many he could open on a system armed with a full 2TB of RAM.

As may be obvious, setting up a system with 2TB of RAM is no mean feat. Special server-grade RAM modules were sourced, packing 128GB of RAM each, set up for ECC operation. Packing out 16 slots, there’s a performance penalty to addressing so much RAM with a single CPU, but for memory-intensive work, it’s worthwhile. The CPU in question is an AMD 64-core processor, providing plenty of grunt for the task at hand.

In testing, the machine began to slow down long before the RAM was full. Beyond 5000 tabs, things began to crawl. At 6000 tabs, it was simply impractical to open more, with the machine taking a full 26 seconds to respond to a single click. Memory usage at this point was just 200GB, suggesting that software limitations were getting in the way of opening yet more tabs.

While it’s not a useful measure of anything important, it’s fun to explore the limits nonetheless. We’ve seen their projects before, such as this original Xbox casemod. Video after the break.

END_OF_DOCUMENT_TOKEN_TO_BE_REPLACED 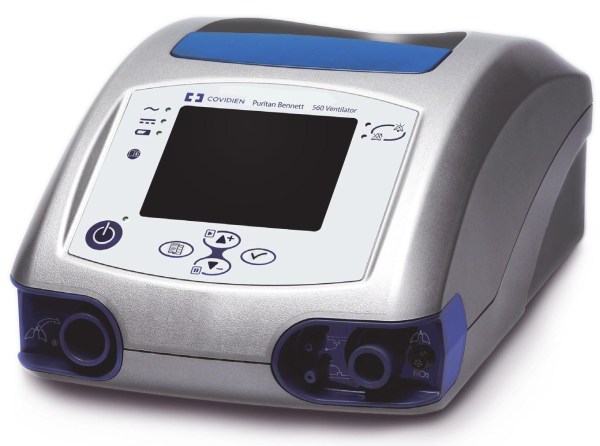 Medical device company Medtronic released designs for one of their ventilators to open source for use in the COVID-19 pandemic. This is a laudable action, and there is plenty to glean from the specs (notable is that the planned release is incomplete as of this writing, so more info is on the way). Some initial reactions: medical devices are complicated, requirements specifications are enormous, the bill of materials (BOM) is gigantic, and component sourcing, supply chain, assembly, and testing are just as vital as the design itself.

The pessimist in me says that this design was open sourced for two reasons; to capitalize on an opportunity to get some good press, and to flex in front of the DIY community and convince them that the big boys should be the ones solving the ventilator shortage. The likelihood of anyone actually taking these specs and building it as designed are essentially zero for a variety of reasons, but let’s assume their intent is to give a good starting point for newer changes. The optimist in me says that after what happened to California over the weekend with 170 ventilators arriving broken, it might be nice to have open designs to aid in repair of existing non-functioning ventilators.

The design details released today are for their PB560 model, which was originally launched in 2010 by a company called Covidien, before it merged with Medtronic, so we’re already starting with a device design that’s a decade old. But it’s also a design that has proven itself through widespread use, and this data dump gives us a great look at what actually goes into one of these machines. Let’s take a look.

END_OF_DOCUMENT_TOKEN_TO_BE_REPLACED 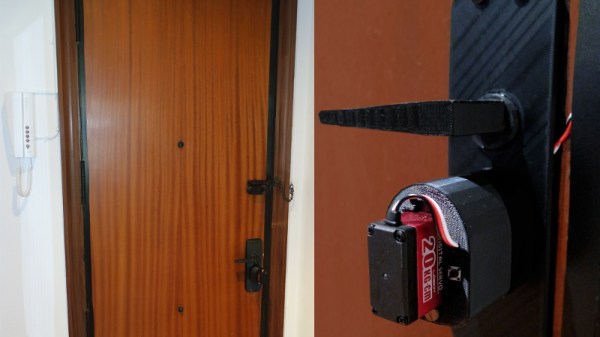 [Madalin Valceleanu] had a somewhat unique problem. He wanted to make his front door a bit “smarter”, but none of the IoT door locks he found were compatible with the style of reinforced door he had. So he set out to design and 3D print his own Internet-controlled door handle.

Now we say handle and not lock because the internal mechanisms haven’t actually been replaced. Those aren’t exactly the kind of parts that lend themselves to being recreated in PLA, after all. The printed components simply replace the original plate and handle on the interior of the door. 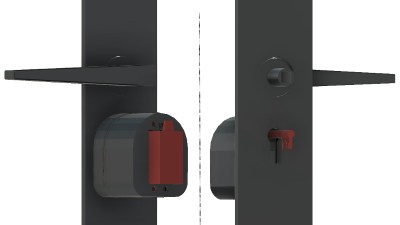 In that case, you might be wondering what the point of all this was. If he’s still using the same internal mechanism, how does a new handle help? On his new handle, [Madalin] has integrated a servo that’s capable of turning the original key in the door. With the servo wired up to a Raspberry Pi, this allows him to lock and unlock the door through his home automation system.

[Madalin] has made the STLs for his printed handles available on Thingiverse, but like most of these “bolt on” style door modifications, we imagine the design is bespoke enough that it won’t be much practical use to anyone else. Still, it’s an excellent example of solving a real-world problem with some outside of the box thinking. END_OF_DOCUMENT_TOKEN_TO_BE_REPLACED 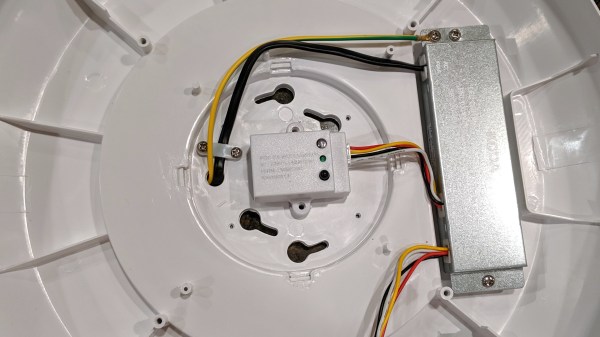 [hclxing] eagerly picked up an LED ceiling light for its ability to be turned on and off remotely, but it turns out that the lamp has quite a few other features. These include adjustable brightness, color temperature, automatic turnoff, light sensing, motion sensing, and more. Before installing, [hclxing] decided to tear it down to see what was involved in bringing all those features to bear, but after opening the lamp there wasn’t much to see. Surprisingly, besides a PCB laden with LEDs, there were exactly two components inside the unit: an AC power adapter and a small white controller unit. That’s it.

The power adapter is straightforward in that it accepts 100-240 Volts AC and turns it into 30-40 Volts DC for the LEDs, and it appears to provide 5 V for the controller as well. But [hclxing] noticed that the small white controller unit — the only other component besides the LEDs — had an FCC ID on it. A quick bit of online sleuthing revealed that ID is attached to a microwave sensor module. Most of us would probably expect to see a PIR sensor, but this light is motion sensing with microwaves. We have seen such units tested in the past, which links to a video [hclxing] also references.

The microwave motion sensor board is shown here, and underneath it is a dense PCB that controls all other functions. Once [hclxing] identified the wires and their signals, it was off to Costco to buy more because the device looks eminently hackable. We’re sure [hclxing] can do it, given their past history with reverse-engineering WyzeSense hardware. 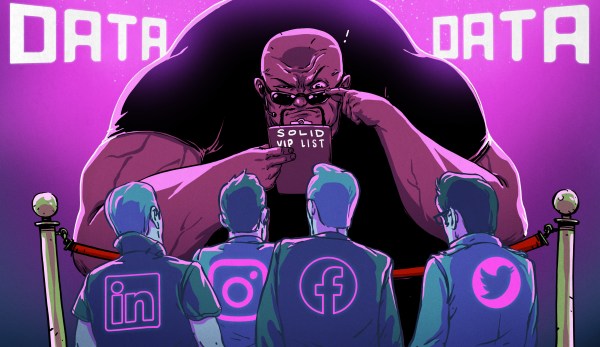 As it stands on the modern Internet, your data is no longer your own. Your emails, photos, and posts all live on servers owned by large corporations. Their policies give them access to your data, which is mined to generate advertising revenue. And if you want your data back, there are innumerable hoops to jump through. Want it deleted entirely? Good luck.

Sir Tim Berners-Lee, as the original creator of what became the Web, has drawn issue with the current state of play. To move the ball on the issue, he’s been working on a design for decentralized internet and the efforts have led to the establishment of the Solid project. The goal is to rectify online privacy and ownership issues and give users greater control over their personal data.

The big question is how do you do that? When SOLID was announced last year there were few if any details on the approach taken by the program. But since then, more details have surface and you can even take an early version of the program for a spin. Let’s take a look.

END_OF_DOCUMENT_TOKEN_TO_BE_REPLACED 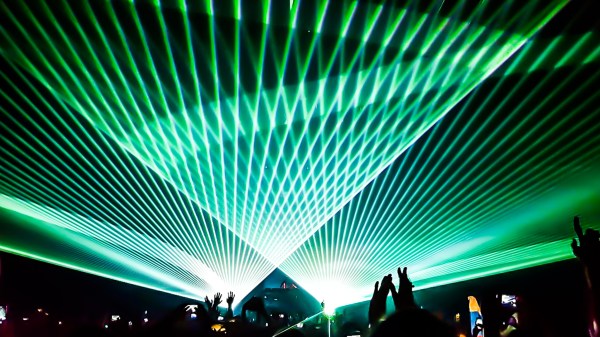