Signals and systems theory is a tough topic. Terms like convolution and impulse response can be hard to understand on a visceral level and most books that talk about these things emphasize math over intuition. [Discretised] has a YouTube channel that already has several videos that promise to tackle these topics with “minimum maths, maximum intuition.” We particularly noticed the talks on convolution and impulse response.

We think that often math and intuition don’t always come together. It is one thing, for example, to know that E=I times R, and power is I times E, but it is another to realize that a half-watt transmitter delivers 5V into a 50Ω load and that one watt will take just over 7V into that same load.

The example used is computing how much smoke you can expect to create by setting off fireworks. We presume the math models are notional since we imagine a real model would be pretty complex and involve things like wind data. But it still makes a nice example.

If you don’t know anything about the topic, these might not be the right ones to try to learn the basics. But we do applaud people sharing their intuition on these complex subjects.

END_OF_DOCUMENT_TOKEN_TO_BE_REPLACED

The home may be the hearth, but it’s not going to be a place of safety for too long.

With the abundance of connected devices making their ways into our homes, increasing levels of data may allow for more accurate methods for remote surveillance. By measuring the strength of ambient signals emitted from devices, a site can be remotely monitored for movement. That is to say, WiFi signals may soon pose a physical security vulnerability.

In a study from the University of Chicago and the University of California, Santa Barbara, researchers built on earlier studies where they could use similar techniques to “see through walls” to demonstrate a proof-of-concept for passive listening. Attackers don’t need to transmit signals or break encryptions to gain access to a victim’s location – they just need to listen to the ambient signals coming from connected devices, making it more difficult to track bad actors down.

Typically, connected devices communicate to an access point such as a router rather than directly with the Internet. A person walking near a device can subtly change the signal propagated to the access point, which is picked up by a receiver sniffing the signal. Most building materials do not block WiFi signals from propagating, allowing receivers to be placed inconspicuously in different rooms from the access point.

WiFi sniffers are relatively inexpensive, with models running for less than $20. They’re also small enough to hide in unsuspecting locations – inside backpacks, inside a box – and emit no signal that could be detected by a target. The researchers proposed some methods for safeguarding against the vulnerability: insulating buildings against WiFi leakage (while ensuring that desirable signals, i.e. signals from cell tower are still able to enter) or having access points emit a “cover signal” that mixes signals from connected devices to make it harder to sniff for motion.

While we may not be seeing buildings surrounded by Faraday cages anytime soon, there’s only going to be more attack surfaces to worry about as our devices continue to become connected.

There was a time when oscilloscopes were big and expensive. Now you can get scopes of various sizes and capabilities on nearly any budget. Vector network analyzers — VNAs — haven’t had quite the same proliferation, but NanoVNA may change that. [IMSAI Guy] bought one for about $50 and made a series of videos about it. Spoiler alert: he likes it. You can see one of the several videos he’s posted, below.

NanoVNA is tiny but sweeps from 50 kHz to 900 MHz and has a touch screen. The device uses a rechargeable battery if you need to haul it up to an antenna tower, for example. Just as a quick test, you can see early in the video the analysis of a rubber duck antenna. The device shows return loss as a plot and you can use a cursor to precisely measure the values. It also shows a Smith chart of the reactance.

END_OF_DOCUMENT_TOKEN_TO_BE_REPLACED 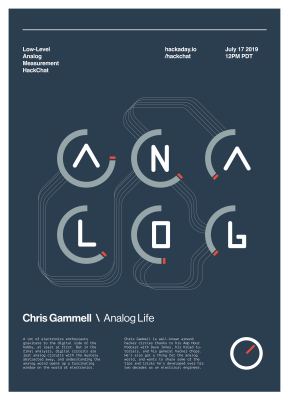