Since Sputnik launched in the 1950s, its been possible to look outside at night and spot artificial satellites orbiting with the naked eye. While Sputnik isn’t up there anymore, a larger, more modern satellite is readily located: the International Space Station. In fact, NASA has a program which will alert anyone who signs up when the ISS is about to fly overhead. A better alert, though, is this ISS notifier which is a dedicated piece of hardware that guarantees you won’t miss the next flyby.

This notifier is built around the Tokymaker, a platform aimed at making electronics projects almost painfully easy to learn. Connections to various modules can be made without soldering, and programming is done via a graphical interface reminiscent of Scratch. Using these tools, [jaime_lc98] designed a tool which flips up a tiny paper astronaut whenever the ISS is nearby. The software side takes advantage of IFTTT to easily and reliably control the servo on the Tokymaker.

The project pages goes into detail about how to set up IFTTT and also how to use the block-style language to program the Tokymaker. It’s pretty straightforward to get it up and running, relatively inexpensive, and looks like a great way to get the miniature hackers in your life excited about space. If they happen to learn a little something in the proces, well, we won’t tell them if you won’t. It might also be a good stepping stone on the way to other ISS-related hacks.

We’ve all come to terms with a neural network doing jobs such as handwriting recognition. The basics have been in place for years and the recent increase in computing power and parallel processing has made it a very practical technology. However, at the core level it is still a digital computer moving bits around just like any other program. That isn’t the case with a new neural network fielded by researchers from the University of Wisconsin, MIT, and Columbia. This panel of special glass requires no electrical power, and is able to recognize gray-scale handwritten numbers.

END_OF_DOCUMENT_TOKEN_TO_BE_REPLACED 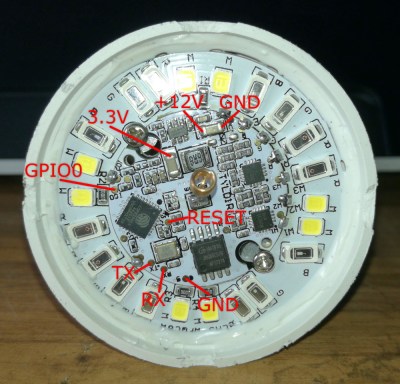 END_OF_DOCUMENT_TOKEN_TO_BE_REPLACED

At the time of publication, Hackaday is of the understanding that there is no pro-wasp lobby active in the United States or abroad. Why? Well, the wasp is an insect that is considered incapable of any viable economic contribution to society, and thus has few to no adherents who would campaign in its favor. In fact, many actively seek to defeat the wasp, and [Tegwyn☠Twmffat] is one of them.

[Tegwyn]’s project is one that seeks to destroy wasps and Asian Hornets in habitats where they are an invasive pest. To achieve this goal without harming other species, the aim is to train a neural network to detect the creatures, before then using a laser to vaporize them.

Initial plans involved a gimballed sentry-gun style setup. However, safety concerns about firing lasers in the open, combined with the difficulty of imaging flying insects, conspired to put this idea to rest. The current system involves instead guiding insects down a small tube at the entrance to a hive. Here, they can be easily imaged at close range and great detail, as well as vaporized by a laser safely contained within the tube, if they are detected as wasps or hornets.

It’s an exciting project that could serve as a good model of how to deal with invasive insect species in the wild. We’ve seen insects grace our pages before, too.  Video after the break. END_OF_DOCUMENT_TOKEN_TO_BE_REPLACED

END_OF_DOCUMENT_TOKEN_TO_BE_REPLACED

New parents will tell you that a baby takes a few months to acquire something close to a day/night sleep pattern, and during that time Mom and Dad also find their sleep becomes a a rarely-snatched luxury. [Seung Lee] has turned this experience into a unique data visualisation, by taking the sleep pattern data of his son’s first year of life and knitting it into a blanket.

The data was recorded using the Baby Connect app, from which it was exported and converted to JSON. This was in turn fed to some HTML/Javascript which generated a knitting pattern in a handy format that could be displayed on any mobile or portable device for knitting on the go. The blanket was then knitted by hand as a series of panels that were later joined into one, providing relief as the rows lined up.

The finished product shows very well the progression as the youngster adapts to a regular sleep pattern, and even shows a shift to the right at the very bottom as a result of a trip across time zones to see relatives. It’s both a good visualisation and a unique keepsake that the baby will treasure one day as an adult. (Snarky Ed Note: Or bring along to the therapist as evidence.)

This blanket was hand-knitted, but it’s not the first knitted project we’ve seen. How about a map of the Universe created on a hacked knitting machine?