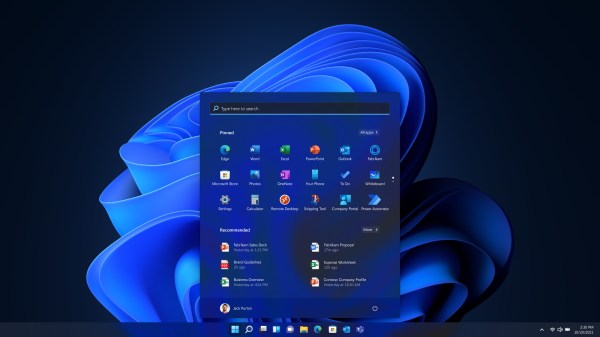 Yeah, I’ll admit it: I’m a Windows person. Two years ago this summer, I traded in an overworked Windows 7 laptop that was literally screaming in pain for a SFF Windows 10 box as my main machine. But 10 might mean the end for this scribe, who has used Windows since the late 1980s. Admittedly, it’s for a fairly petty reason — Microsoft have gotten rid of alternate-location taskbar support in Windows 11. As in, you can have the taskbar anywhere you want, as long as it’s the bottom of the screen.

Years ago, I switched my taskbar to the top for various reasons. For one, it just made more sense to me to have everything at the top, and nothing at the bottom to interrupt visual flow while reading a web page or a document. Plenty of people move it to one of the sides or hide it when not in use for the same reason. More importantly, I thought moving the taskbar to the top would help with my neck/shoulder strain issues, and I believe that it has. So oddly enough, this one little thing may be the dealbreaker that gets me to switch after thirty-something years to Linux, where top-aligned taskbars are more or less the norm.

END_OF_DOCUMENT_TOKEN_TO_BE_REPLACED

Well, at least the acronym will stay the same. It looks like black is the new blue for Windows 11, as the BSOD screen gets its first makeover in years. It’s an admittedly minor change, since the on-screen text is virtually identical to the BSOD from recent versions of Windows 10, and the new death-knell even sports the same frowny-face emoji and QR code. Really, the white-on-black color scheme is the only major difference we can see — even the acronym will stay the same. It’s not really that newsworthy, we suppose, although it does make us miss the extremely busy BSODs from back in the Windows NT days.

As the semiconductor shortage continues, manufacturers are getting desperate to procure the parts they need to make their products. And if there’s one thing as certain as death and taxes, it’s that desperation provides opportunity to criminals. A thread over on EEVBlog details an encounter one company had with an alleged scammer, who sent an unsolicited offer to them for a large number of ordinarily hard-to-find microprocessors at a good price. Wisely, the company explored the offer in some depth and found that “Brian” (the representative who contacted them) is actually named Nick Martin and, according to an article on the Electronic Resellers Association International (ERAI) website, is apparently associated with a number of fraudulent operations. Their list of allegedly fraudulent deals made by Mr. Martin stretches back to 2018 and totals over $300,000 of ill-gotten gain.

Last year, friend-of-Hackaday and laser artist Seb Lee-Delisle spent a lot of time and effort getting together an amazing interactive laser light show for the night skies of cities in the UK. Laser Light City, with powerful lasers mounted on the tops of tall buildings, was a smashing success that brought a little cheer into what was an otherwise dreadful time. But we have to admit that the videos and other materials covering Laser Light City left us wanting more — something like that, with a far-flung installation on rooftops and the ability for audience members to control it all from their phone, really needs a deeper “how it works” treatment. Thankfully, Seb has released a video that dives into the nuts and bolts of the show, including a look at ludicrously powerful lasers with beams that can still be seen in broad daylight.

END_OF_DOCUMENT_TOKEN_TO_BE_REPLACED 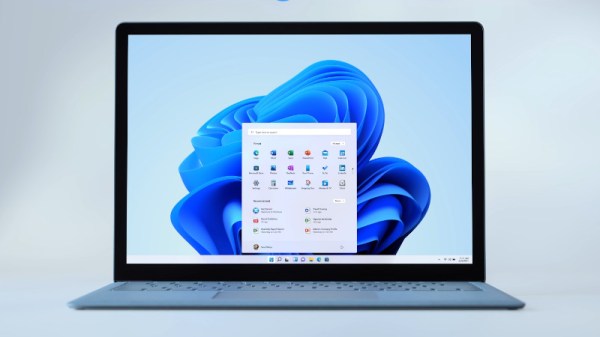 There was a time when a new version of Windows was a really big deal, such the launch of Windows 95 for which the tones of the Rolling Stones’ Start me up could be heard across all manner of media outlets. Gradually over years this excitement has petered out, finally leaving us with Windows 10 that would, we were told, be the last ever version of the popular operating system and thence only receive continuous updates

But here we are in 2021, and a new Windows has been announced. Windows 11 will be the next latest and greatest from Redmond, but along with all the hoopla there has been an undercurrent of concern. Every new OS comes with a list of hardware requirements, but those for Windows 11 seem to go beyond the usual in their quest to cull older hardware. Aside from requiring Secure Boot and a Trusted Platform Module that’s caused a run on the devices, they’ve struck a load of surprisingly recent processors including those in some of their current Surface mobile PCs off their supported list, and it’s reported that they will even require laptops to have front-facing webcams if they wish to run Windows 11.

END_OF_DOCUMENT_TOKEN_TO_BE_REPLACED

There’s been yet another technique discovered to fingerprint users, and this one can even work in the Tor browser. Scheme flooding works by making calls to application URLs, something like steam://browsemedia. If your machine supports the requested custom URL, a pop-up is displayed, asking permission to launch the external application. That pop-up can be detected by JavaScript in the browser. Detect enough apps, and you can build a reasonable fingerprint of the system the test is run on. Unlike some previous fingerprinting techniques, this one isn’t browser dependent — it will theoretically give the same results for any browser. This means even the Tor browser, or any browser being used over the Tor network, can give your potentially unique set of installed programs away.

Now for the good news. The Chrome devs are already working on this issue, and in fact, Chrome on my Linux desktop didn’t respond to the probes in a useful way. Feel free to check out the demo, and see if the results are accurate. And as for Tor, you really should be running that on a dedicated system or in a VM if you really need to stay anonymous. And disable JavaScript if you don’t want the Internet to run code on your computer.
END_OF_DOCUMENT_TOKEN_TO_BE_REPLACED