[Jarrett] is stubborn, and he wants to use a PIC with the distinctive Arduino pin layout. Thus was born PIC-On-The-Go. It’s a PIC18F4520 in the familiar goofy-pin package, made specifically for everyone who just wants to buckle down and get some work done.

This isn’t the only PIC-become-Arduino board out there; the Fubarino is a great board that speaks Arduino, but that doesn’t take advantage of our favorite Arduino shields. Either way, we’re surprised something like [Jarrett]’s project doesn’t exist yet, making it a great entry for The Hackaday Prize. 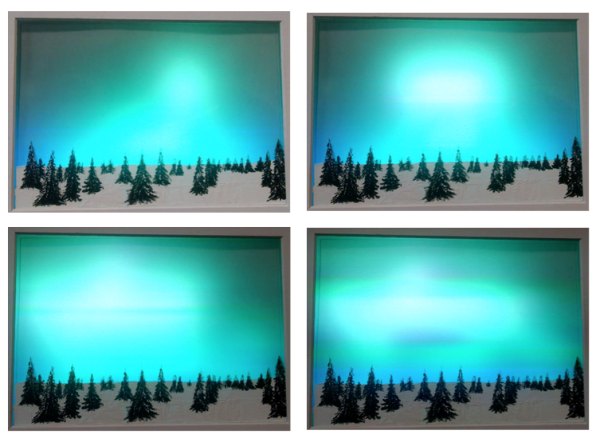 [Stef Cohen] decided to combine three different artistic mediums for her latest project. Those are painting, electronics, and software. The end goal was to recreate the aurora borealis, also known as the northern lights, in a painting.

The first step was to make the painting. [Stef] began with a shadow box. A shadow box is sort of like a picture frame that is extra deep. A snowy scene was painted directly onto the front side of the glass plate of the shadow box using acrylic paint. [Stef] painted the white, snowy ground along with some pine trees. The sky was left unpainted, in order to allow light to shine through from inside of the shadow box. A sheet of vellum paper was fixed to the inside of the glass pane. This serves to diffuse the light from the LEDs that would eventually be placed inside the box.

Next it was time to install the electronics. [Stef] used an off-the-shelf RGB LED matrix from Adafruit. The matrix is configured with 16 rows of 32 LEDs each. This was controlled with an Arduino Uno. The LED matrix was mounted inside the shadow box, behind the vellum paper. The Arduino code was easily written using Adafruit’s RGB Matrix Panel library.

To get the aurora effect just right, [Stef] used a clever trick. She took real world photographs of the aurora and pixelated them using Photoshop. She could then sample the color of each pixel to ensure that each LED was the appropriate color. Various functions from the Adafruit library were used to digitally paint the aurora into the LED matrix. Some subtle animations were also included to give it an extra kick.

The 23rd DEFCON — the Western Hemisphere’s largest hacker conference — doesn’t start until tomorrow but Thursday has become the de facto start for regulars. [Brian] and I rolled into town this afternoon and are working on gathering as much information as possible about the badge challenge.

This year the badge is a 7″ vinyl record. Traditionally the badge alternates years of electronic badges and ones that aren’t. Spend your weekend pulling your hair our trying to solve the puzzles. Check out all the pictures and information (updated as we gather it) and work together collaboratively for a solution by requesting to join the crew on the Badge Hacking page. 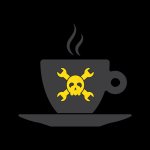 If you’re in town Sunday morning, come nurse your hangover with [Brian], [Eric], and me. We’re headed to Va Bene Caffè at 10:30am on 8/9/15. It’s just across the street in the Cosmopolitan. Request to join this event and I’ll send you a reminder so you don’t forget. You can also hit me up on Twitter for a reminder. See you then (and don’t forget to bring hardware to show off if you have some!).

PS- The Hackaday WiFi Hat is in play. Anyone have the chops to hack it this year?

There’s nothing that adds more time to building or repairing something than having to walk back and forth to grab the right tool for the job. “Wait, was that a 15/16 inch socket I needed?  Nope it’s a 3/4 inch!  Rats!”

[Brad Justinen] shares his solution to the problem in this very simple, but well documented tutorial on Instructables. He welded up a metal A-frame, then simply added pegboard to the sides and casters to the bottom. Our first thought was if something like this could be made out of lumber for a bit more of a DIY approach, but if you’ve ever moved a tool box full of tools, you know how their weight really adds up fast. So perhaps it might be best to bribe your welder-owning friend with a 12 pack of his or her favorite adult beverage.

If you haven’t used pegboard for organizing tools, it really can be a wonderful solution to getting organized. Pegboard has many more uses as well. Check out this pegboard cable organizer, or this modular soldering platform.