Here’s something that’s a little late to celebrate the fact that all the events in Back to the Future have happened in the past, but that’s what time machines are for, right? [Deater] created Pi-powered time circuits and a flux capacitor. He might not have a DeLorean, but he does have the equipment to turn a DeLorean into a cool car.

The ‘time circuits’ shown on-screen in Back to the Future actually weren’t very complex; the times were just cutouts with lights and gels; no real electronics wizardry necessary. Of course the BttF DeLorean has since been remodeled and refurbished with time circuits that look and act the part, and [Deater]’s time circuits have everything you would expect: a display of the destination, current, and last time, sound effects, numeric keypad, flux capacitor, and a speedometer.

While it doesn’t simulate the time circuits from the movie exactly, that’s not necessarily a bad thing. The movie time circuits were colored gels, and wouldn’t exactly be practical for a Raspberry Pi-based prop. It’s a great build, and one that would look great in either a ’98 Nissan Altima or a DeLorean

END_OF_DOCUMENT_TOKEN_TO_BE_REPLACED

Play the demo video below and try not to let the rhythm worm its way into your brain. What you’re hearing is the sound of a bunch of clocks, amplified. None of them are keeping wall time, but all of them are playing together.

[Gijs] makes crazy musical instruments. He doesn’t give us much more than a video and a couple schematics for this project, so this one’s still a bit of an enigma, but here’s what we’ve put together.

The video looks like eight identical version of the same module. The input takes a voltage and converts the rising and falling edges into pulses to drive the coil of an el-cheapo clock. The LEDs pulse as the poles of the clock switch to the incoming beats. The output comes from an amplified piezo sensor stuck on the back of each clock. That is, what you’re hearing is each clock ticking, but amplified. And if you watch the dials spin, it doesn’t look like any of them are telling time.

So far so good, and it matches up with the schematic. But what’s up with that switch on the front? It doesn’t show up anywhere.

And what’s driving the show? [Gijs] tantalizes us with a master clock module (on the same page) that looks like it does keep time, and outputs subdivisions thereof. But that would be too slow to be what’s used in the video. Has he swapped the crystal to make it run faster? It’s a mystery.

Of course, we’d expect no less from the man who mics up a kitchen timer or a gear motor and adds them to his synthesizer rack. We’ve covered a bunch more of [Gijs]’s work in the past, from his video mixers to this hard-drive turned synth oscillator, but this time he’s got us scratching our heads a bit, as well as tapping our feet.

END_OF_DOCUMENT_TOKEN_TO_BE_REPLACED 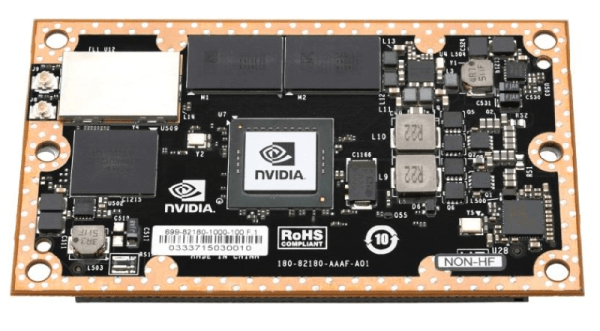 Today, Nvidia announced their latest platform for advanced technology in autonomous machines. They’re calling it the Jetson TX1, and it puts modern GPU hardware in a small and power efficient module. Why would anyone want GPUs in an embedded format? It’s not about frames per second; instead, Nvidia is focusing on high performance computing tasks – specifically computer vision and classification – in a platform that uses under 10 Watts.

For the last several years, tiny credit card sized ARM computers have flooded the market. While these Raspberry Pis, BeagleBones, and router-based dev boards are great for running Linux, they’re not exactly very powerful.  x86 boards also exist, but again, these are lowly Atoms and other Intel embedded processors. These aren’t the boards you want for computationally heavy tasks. There simply aren’t many options out there for high performance computing on low-power hardware.

Tiny ARM computers the size of a credit card have served us all well for general computing tasks, and this leads to the obvious question – what is the purpose of putting so much horsepower on such a small board. The answer, at least according to Nvidia, is drones, autonomous vehicles, and image classification.

Image classification is one of the most computationally intense tasks out there, but for autonomous robots, there’s no other way to tell the difference between a cyclist and a mailbox. To do this on an embedded platform, you either need to bring a powerful general purpose CPU that sucks down 60 or so Watts, or build a smaller, more efficient GPU-based solution that sips a meager 10 Watts.

END_OF_DOCUMENT_TOKEN_TO_BE_REPLACED

Google Glass kind of came and went, leaving one significant addition to the English language. Even Google itself used the term “glasshole” for people who used the product in a creepy way. We can’t decide if wearing an obviously homemade set of glasses like the ones made by [Jordan Fung] are more creepy, give you more hacker cred, or just make you look like a Borg. Maybe some combination of all of those. While the cost and complexity of developing for Google Glass was certainly a barrier for hacking on that hardware, this project is just begging for you to build your own and run with the concept.

[Jordan’s] build, called Pedosa Glass, really is pretty respectable for a self-built set up. The Arduino Nano is a bit bulky, and the three push buttons take up some room, but it doesn’t kill the ability to mount them in a glasses form-factor. An FLCoS display lets you see the output of the software which [Jordan] is still developing. Right now features include a timer and a flashlight that uses the head-mounted white LED. Not much, we admit, but enough to prove out the hardware and the whole point would be to add software you wanted.

Admittedly, it isn’t exactly like Google Glass. Although both use FLCoS displays, Pedosa Glass uses a display meant for a camera viewfinder, so you don’t really see through it. Still, there might be some practical use for a little display mounted in your field of vision. The system will improve with a better CPU that is easier to connect to the network with sensors like an accelerometer — there’s plenty of room to iterate on this project. Then again, you do have an entire second ear piece to work with if you wanted to expand the system.

Check out the video demo after the break.

END_OF_DOCUMENT_TOKEN_TO_BE_REPLACED 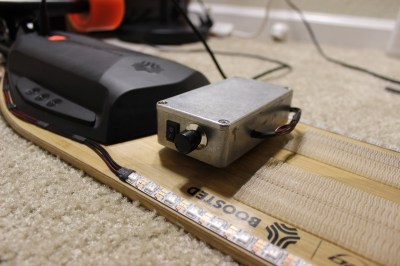 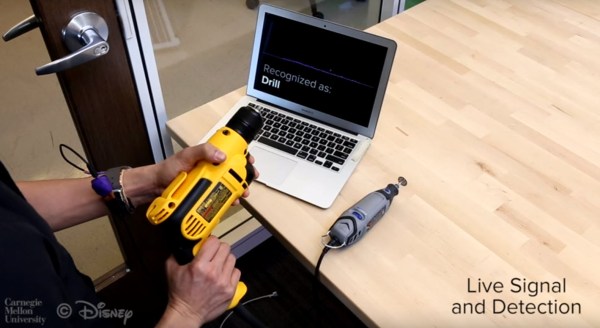 Did you know Disney actually has a huge R&D subsidiary? It’s called Walt Disney Imagineering, and they’ve come up with some pretty interesting technology. They’re currently working on a smart watch interface called EM-Sense that uses an electromagnetic signal to detect and learn what the user is interacting with.

Basic machine learning allows the watch to learn what different devices “feel” like on an electromagnetic scale. It’s capable of detecting things you would expect, like appliances, power tools, and even electronic devices — but it’s apparently sophisticated enough to tell when you’re touching a door handle (and which one) depending on the structure and EM feedback!

They better explain the technology in the follow video, and demonstrate a use case for it where the smart watch can lead you through activities while giving you tutorials on skills you may need. Sounds like the beginning of a real-life PipBoy!

END_OF_DOCUMENT_TOKEN_TO_BE_REPLACED 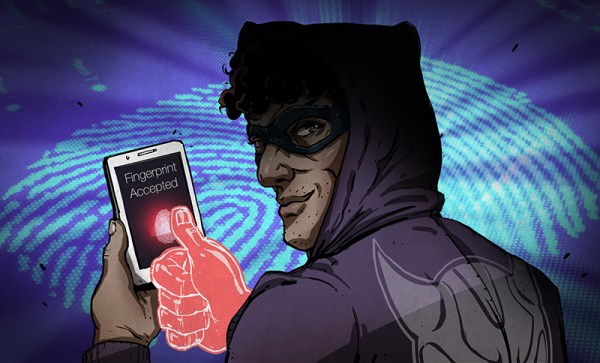 Passwords are crap. Nobody picks good ones, when they do they re-use them across sites, and if you use even a trustworthy password manager, they’ll get hacked too. But you know what’s worse than a password? A fingerprint. Fingerprints have enough problems with them that they should never be used anywhere a password would be.

Passwords are supposed to be secret, like the name of your childhood pet. In contrast, you carry your fingers around with you out in the open nearly everywhere you go. Passwords also need to be revocable. In the case that your password does get revealed, it’s great to be able to simply pick another one. You don’t want to have to revoke your fingers. Finally, and this is the kicker, you want your password to be hashable, in order to protect the password database itself from theft.

In the rest of the article, I’ll make each of these three cases, and hopefully convince you that using fingerprints in place of a password is even more broken than using a password in the first place. (You listening Apple and Google? No, I didn’t think you were.)