Every few years, someone on the Internet builds a truly homebrew CPU. Not one built with a 6502, Z80, or a CPU from the 80s, either: one built completely out of 74-series logic chips or discrete transistor. We’re lucky enough to have [Alexander] document his build on Hackaday.io, and even luckier to have him enter it into this year’s Hackaday Prize. It’s an 8-bit computer built completely out of NAND gates.

Computers are just logic, and with enough NAND gates, you can do anything. That’s exactly what [Alex] is doing with this computer. It’s built entirely out of 74F00 chips – a ‘fast’ version of the ubiquitous quad 2-input NAND chip. The architecture of this computer borrows from the best CPUs of the 70s and 80s. The ALU is only four bits, like the Z80, but also uses the 6502 technique where the borrow is an inverted carry. It’s a small instruction set, a 2-stage pipeline, and should be able to compute one million instructions per second.

Designing a CPU is one thing, and thanks to Logisim, this is already done. Constructing a CPU is another matter entirely. For this, [Alex] is going for a module and backplane approach, where the ALU is constructed of a few identical modules tied together into a gigantic motherboard. [Alex] isn’t stopping at a CPU, either: he has a 16-byte ROM that’s programmed by plugging diodes into holes.

It’s an amazingly ambitious project, and for entering this project into the 2016 Hackaday Prize, [Alex] already netted himself $1000 and a trip to the final round of competition. 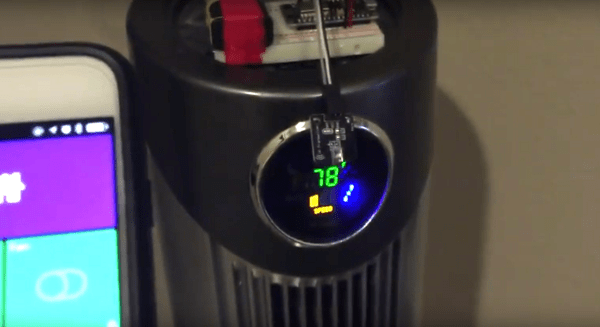 END_OF_DOCUMENT_TOKEN_TO_BE_REPLACED

Eddie is a surprisingly capable tiny balancing robot based around the Intel Edison from which it takes its name.

Eddie’s frame is 3D printed and comes in camera and top hat editions. The camera edition provides space for a webcam to be mounted, since the Edison has enough go power to do basic vision. The top hat edition just lets you 3D print a tiny top hat for the robot.

The electronics are based around the Edison board and Sparkfun’s set of, “Blocks” designed for it. This project needs the battery block, the H-Bridge block, the GPIO block, and the USB block along with a 9DOF block for balancing. It’s, somewhat unfortunately, not a cheap robot. The motors are Pololu all-metal gearmotors with hall-effect sensors acting as encoders.

We’re really impressed with [diabetemonster]’s design and documentation on the robot. Full source code is provided along with a very nice build guide to get the platform going fast.

There are a few videos of it in action, available after the break. They show it handling situation such as a load being placed on the robot and slopes as well as bonus features like dancing and remote control.

END_OF_DOCUMENT_TOKEN_TO_BE_REPLACED 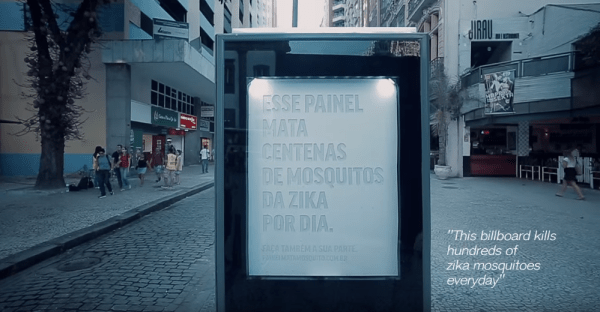 Once in a great while, effective advertising doesn’t require any human engagement at all. This billboard, designed and built by a pair of Brazilian ad agencies and set free under the Creative Commons license offers a reproducible solution for trapping Aedes Aegypti mosquitoes, the primary carrier of the Zika virus.

The design seems pretty simple, although the plans leave a bit of explanation to be desired. Inside the billboard are canisters of Lurex 3, a lactic acid-based mosquito attractant that is available pretty cheaply on Amazon. The lactic acid mimics the scent of human sweat and is released outward to distances up to 4km (2.5 miles) in a fine mist along with CO₂. Together, the Lurex and CO₂ act like a sweaty, mouth-breathing human beacon to lure mosquitoes into the billboard, where they become trapped and are doomed to die of dehydration.
END_OF_DOCUMENT_TOKEN_TO_BE_REPLACED

END_OF_DOCUMENT_TOKEN_TO_BE_REPLACED 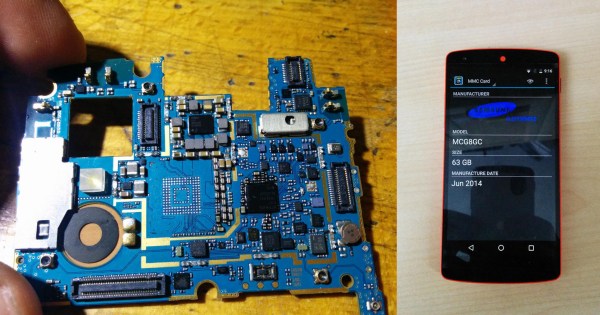 Sometimes we feel confident in our soldering skills (but only sometimes) — and then we see something like this done. 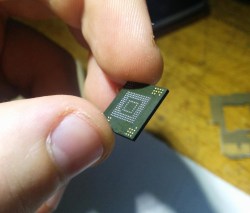 Someone over on the XDA developers forum managed to upgrade his Nexus 5 from 16gb to 64gb — and not only that, upgraded the eMMC type from 4.5 to 5.0 so it writes and reads much faster.

While the details on the actual conversion are a bit vague, we did manage to dig up another video of someone replacing an eMMC chip from a Samsung Note 2.

It most certainly is possible… but would you look at the size of that chip!

END_OF_DOCUMENT_TOKEN_TO_BE_REPLACED 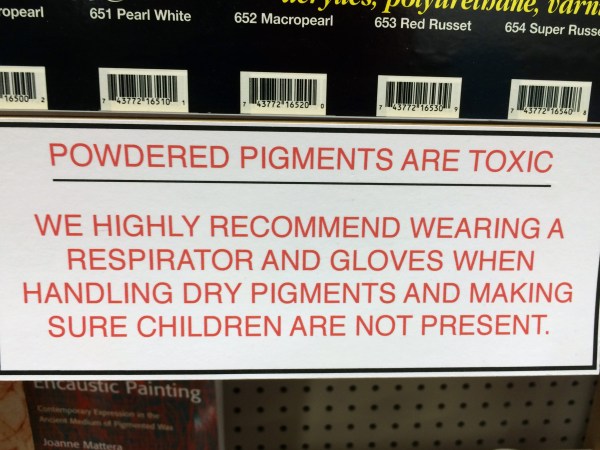 So it’s Saturday morning and you’ve found yourself with an urge to build something involving copper plates or carbon electrodes. Maybe you need a metallic powder for a chemistry experiment. Casting supplies? Pure lead? Copper mesh? Silver wire?  Odd tools? Exceedingly caustic etchants?  There’s a store that sells it all, and it’s not usually frequented by hackers: the art store.

If you know where to look, the store is full of useful things. Each method of expression in art has its own set of supplies; a bountiful collection of various processes and the useful things therein. I grew up in a city that did not have a real art supply store. It had one of those big box craft stores that assault you with glittery plasticized flowers and terrible manufactured scents. When I moved to a different city and walked over to the local art supply to purchase some new pens I ended up staying for a few hours just looking at all the cool things they had for sale.