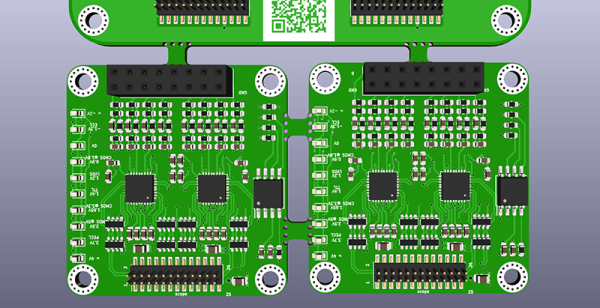 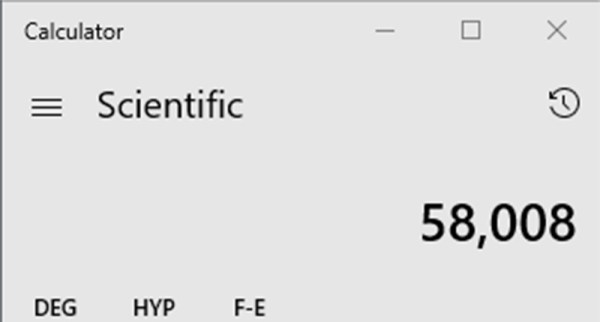 Microsoft has released the code for the Calculator app. This move is the latest in Microsoft’s efforts to capitalize on the Open Source community. Previous efforts have been the Open Sourcing of an extremely old version of DOS, and shoehorning Linux into Windows somehow in a way that’s marginally more user-friendly than spinning up a VM or popping over to your Linux partition. Oh yeah, Microsoft bought Github. Can’t forget that.

The release of the code for the Calculator app means now you too can truly verify all your calculations are correct. To build the Calculator app, you’ll need a Windows 10 computer and Visual Studio. You might think that this is the same code that’s been shipping for 30 years — it’s a simple calculator, right? Not so: the Calculator for Windows 8 had a strange and odd bug where the square root of 4, minus two, did not equal zero. Floating point is hard, kids.

Of special interest to the community, it’s now possible to disable telemetry sent from the Calculator app to Microsoft servers. Yes, the Calculator app knows you forgot how to divide, and wow man, six times nine, you needed help with that?  Fortunately, telemetry can be disabled in developer’s builds by disabling the SEND_TELEMETRY build flag. Now Microsoft won’t know you don’t do math so good.

At the time of this writing, we could not be bothered to contact Microsoft to find out when the pinball game or Ski Free will be updated and Open Sourced. 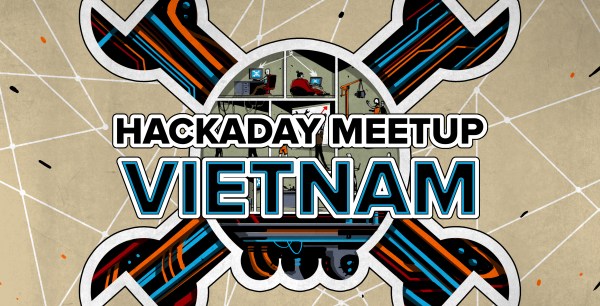 Hackaday is hosting a meetup in Ho Chi Minh City, Vietnam on Sunday, March 24th. We’d love to see you there!

Sean Boyce lives in HCMC — you’ve likely enjoyed several of his articles detailing some of the culture, like keeping track of your scooter when parking in busy areas, and squashing myths about the quality of the coffee. In less than two weeks Mike Szczys will be stopping in to visit Sean and this is a great reason to host a Hackaday meetup!

Join Sean and Mike at Trung Nguyên Legend Café from 7-10 pm on Sunday, March 24th for a bring-a-hack style meetup. If you have a hardware project you’ve been working on, come and show it off as an excellent conversation starter. If not, that’s fine too. We’ve also lined up three short talks spanning topics from robotics to analog electronics. Of course if you’re excited about giving a talk, let us know in the comments below and we’ll work on squeezing you in.

Hackaday tries to host live events in all corners of the world, and it’s exciting to add Vietnam to the list. Head on over to the event page for more info, and we look forward to seeing you there! Of course if you happen to be on the other side of the world this coming weekend, there’s a Hackaday Mini-Unconference happening in Cambridge, UK! 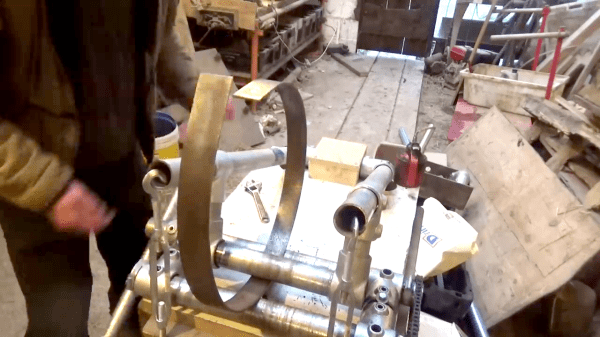 When you need to roll sheet or thin flat bar stock into an arc, you need a rolling machine, also known as a slip roll. If you’ve priced these lately, you’ll know that they can be rather expensive, especially if you are only going to use them for one or two projects. While building a fenced enclosure for his dog, [Tim] realized he could use steel fence posts and connectors to build his own slip roll for much less, and posted a video about it on his YouTube channel.

The key realization was that not only are the galvanized posts cheap and strong, but the galvanized coating would act as a lubricant to reduce wear, especially when augmented with a bit of grease. The build looks pretty straightforward, and a dedicated viewer could probably re-create a similar version with little difficulty. The stock fence connectors serve double-duty as both fasteners and bushings for the rollers, and a pair of turnbuckles supplies tension to the assembly.

The one tricky part is the chain-and-sprocket linkage which keeps the two bottom rollers moving in tandem. [Tim] cut sprockets from some plate steel with his plasma cutter, but mentions that similar sprockets can be found cheaply online and only need to be modified with a larger hole. Although most of the build is held together with set screws in the fence post fittings, the sprockets appear to be welded to the galvanized pipe. We’re sure [Tim] knows that welding galvanized steel can lead to metal fume fever, so we were hoping the video would caution viewers to remove the zinc coating on those parts before welding.

[Tim] demonstrates forming some 4 mm flat steel into circles, and the operation seems easy enough, especially given the inexpensive nature of this build. Overall, this seems like the sort of thing we could see ourselves trying on a lazy Saturday afternoon – it certainly seems like more fun than building a fence with the parts, so be sure to check out the video, after the break.

END_OF_DOCUMENT_TOKEN_TO_BE_REPLACED 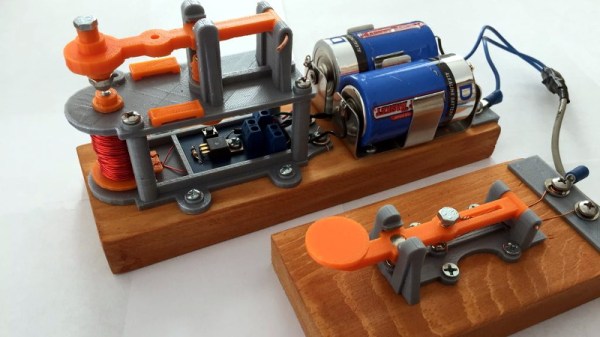 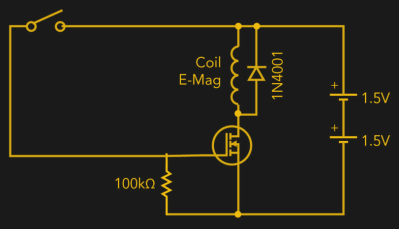 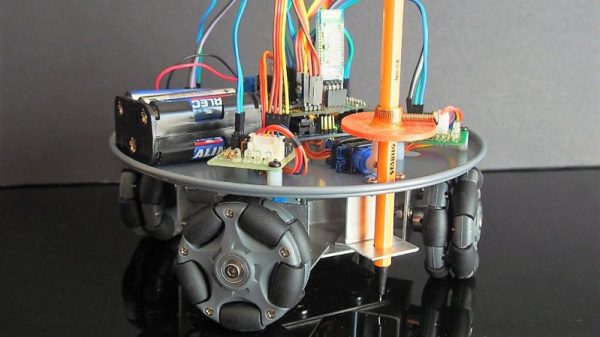 We’ve always had a soft spot for omni wheels and the bots that move around somewhat bumpily on them. Likewise, CNC pen plotters are always a welcome sight in our tip line. But a CNC plotter using omni wheels is new, and the results are surprisingly good.

Built from the bottom of a spring-form baking pan, [lingib]’s plotter is simplicity itself. Four steppers turn the omni wheels while a hobby servo raises and lowers the pen. The controller is an Uno with a Bluetooth module for smartphone control. Translating wheel rotations into X- and Y-axis motions was not exactly trivial, and the video below shows the results. Lines are a bit wobbly, and it’s clear that the plotter isn’t hitting the coordinates very precisely. But given the somewhat compliant nature of the omni wheels, we’re surprised [lingib] got results as good as these, and we applaud the effort.

[lingib] reports the most expensive part of this $100 build was the omni wheels themselves. We suppose laser-cut MDF omni wheels could reduce the price, or even Mecanum wheels from bent metal and wood. We’re not sure either will help with the precision, though.

END_OF_DOCUMENT_TOKEN_TO_BE_REPLACED 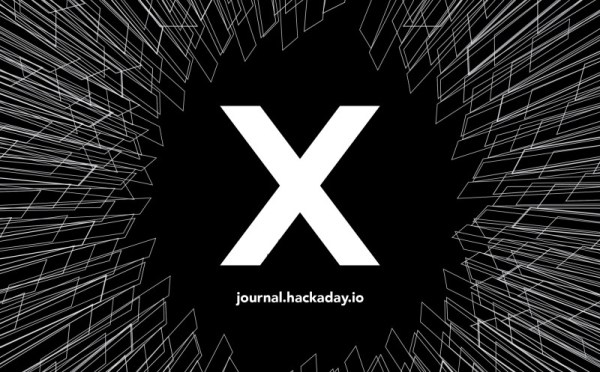