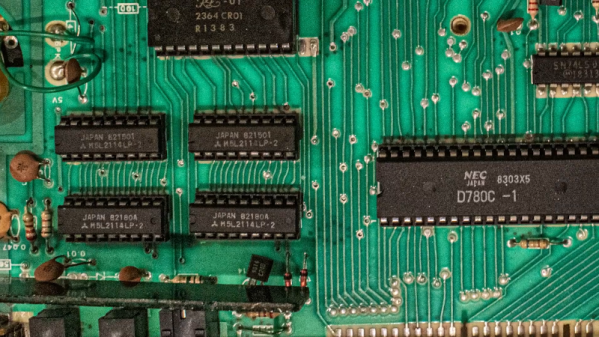 If you follow retrocomputing — or you are simply old enough to remember those days — you hear the same names over and over. Commodore, Apple, Radio Shack, and Sinclair, for example. But what about the Lambda 8300? Most people haven’t heard of these but [Mike] has and he has quite a few of them. The computer is similar to a Sinclair ZX81, but not an exact clone. All of his machines need some repairs (he’s promised repair videos are on their way), but for the video below he wired a monitor directly to the PCB to get steady output, so apparently the RF modulator is the failing subsystem in this case.

Once the video cleared up, you can see a walkthrough of running a simple BASIC program. As was common in those days, the computer used an audio cassette recorder for data storage. [Mike] picked up some dedicated recorders meant for computer use, but neither were in working shape. However, a consumer player works fine.

END_OF_DOCUMENT_TOKEN_TO_BE_REPLACED

We were struck by how attractive [mircemk’s] Arduino-based frequency counter looks. It also is a reasonably simple build. It can count up to 6.5 MHz which isn’t that much, but there’s a lot you can do even with that limitation.

The LED display is decidedly retro. Inside a very modern Arduino Nano does most of the work. There is a simple shaping circuit to improve the response to irregular-shaped input waveforms. We’d have probably used a single op-amp as a zero-crossing detector. Admittedly, that’s a bit more complex, but not much more and it should give better results.

END_OF_DOCUMENT_TOKEN_TO_BE_REPLACED 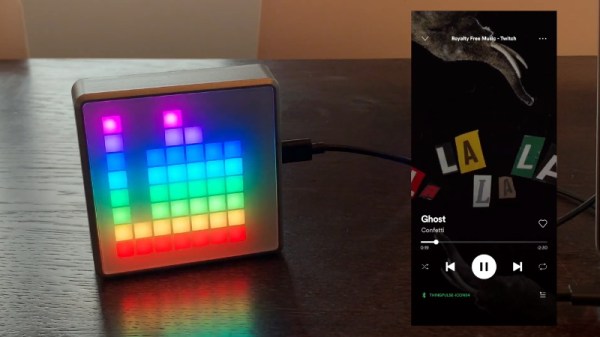 We probably don’t need to tell the average Hackaday reader that the ESP32 is a powerful and extremely flexible microcontroller. We’ve seen some incredible projects using this affordable chip over the last few years, and by the looks of it, the best is yet to come. That’s because it always takes some time before the community can really figure out how to get the most out of a piece of hardware.

Take for example the Bluetooth audio player that [squix] was recently working on. Getting the music going was no problem with the esp32-a2dp library, but when he wanted to add some visualizations the audio quality took a serious hit. Realizing that his Fast Fourier transform (FFT) code was eating up too much processor power, it seemed like a great time for him to explore using the ESP32’s second core.

[squix] had avoided poking around with the dual-core nature of the ESP32 in the past, believing that the second core was busy handling the WiFi communication. But by using the FreeRTOS queue system, he wrote some code that collects audio data with one core and runs the actual FFT magic on the other. By balancing the workload like this, he’s able to drive the array of 64 WS2812B LEDs on the front of the Icon64 seen in the video after the break.

Even if you’re not terribly interested in running your own microcontroller disco, this project may be just the example you’ve been waiting for to help get your mind wrapped around multitasking on the ESP32. If you want to master a device with this many tricks up its sleeve, you’ll need all the help you can get.

END_OF_DOCUMENT_TOKEN_TO_BE_REPLACED 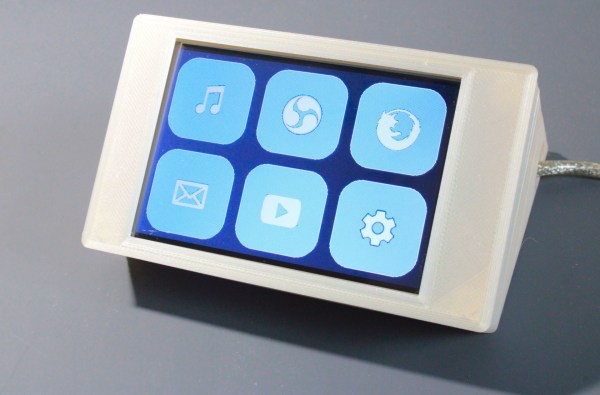 The idea of a reconfigurable macro keyboard is a concept that has been iterated on by many all the way from custom DIY keypads to the polarizing TouchBar on MacBooks. The continual rise of cheap powerful microcontrollers with Wi-Fi and 3D printers makes rolling your own macro keyboard easier every year. [Dustin Watts] has joined the proverbial club and built a beautiful macro pad called FreeTouchDeck.

We’ve seen macro keyboards that use rotary encoders to cycle through different mappings for the keys. FreeTouchDeck has taken the display approach and incorporates a touch screen to offer different buttons. [Dustin] was inspired by a similar project called FreeDeck, which offers six buttons each with a small screen. FreeTouchDeck is powered by an ESP32 and drives an ILI9488 touch screen with an XPT2046 touch controller. This means that FreeTouchDeck can offer six buttons with submenus and all sorts of bells and whistles. A connection to the computer is done by emulating a Bluetooth keyboard. By adding a configuration mode that starts a web server, FreeTouchDeck allows easy customization on the fly.

[Dustin] whipped up a quick PCB that makes it easy to solder the ESP32 and the TFT together, but a breadboard works just fine. Gerbers for that are available on GitHub. To wrap it all up, a nice 3D printed shell encloses the whole system in a clean, tidy way. The code, documentation, and case designs are all on his GitHub.

END_OF_DOCUMENT_TOKEN_TO_BE_REPLACED

There was a time not too long ago when hacking a car more often than not involved literal hacking. Sheet metal was cut, engine cylinders were bored, and crankshafts were machined to increase piston travel. It was all in the pursuit of milking the last ounce performance out of every drop of gasoline, along with a little personal expression in the form of paint and chrome.

While it’s still possible — and encouraged — to hack cars thus, the inclusion of engine control units and other systems to our rides has created an entirely different universe of car hacking options, which Amith Reddy distilled into his very popular workshop at the 2020 Remoticon. The secret sauce behind all the hacks you can accomplish in today’s drive-by-wire cars is the Controller Area Network (CAN), the network used to connect the array of sensors, actuators, and controllers that lie under the metal and plastic of modern cars.

END_OF_DOCUMENT_TOKEN_TO_BE_REPLACED 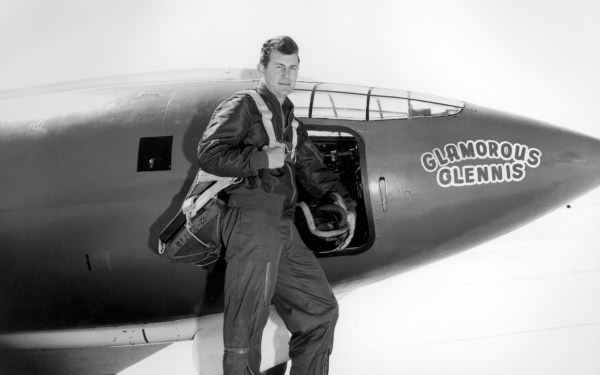 END_OF_DOCUMENT_TOKEN_TO_BE_REPLACED

It’s usually the simple ideas that sprout bigger ones, and this was the case when we saw [gzumwalt]’s single-motor walking robot crawling up a fridge door with magnets on its feet. (Video, embedded below.)

The walking mechanism consists of an inner foot and two outer feet, connected by three sets of rotating linkages, driven by a single geared motor. The feet move in a leapfrog motion, in small enough steps that the center of mass always stays inside the foot area, which keeps it from tipping over. Besides the previously mentioned ability to crawl around on a vertical magnetic surface, it’s also able to crawl over almost any obstacle shorter than its step length. A larger version should also be able to climb stairs.

As shown, this robot can only travel in a straight line, but this could be solved by adding a disc on the bottom of the inner foot to turn the robot when the outer feet are off the surface. Add some microswitch feelers and an Arduino, and it can autonomously explore your fridge without falling off. Maybe we’ll get around to building it ourselves, but be sure to drop us a tip if you beat us to it!

[gzumwalt] is a master of 3D printed devices like a rigid chain and a domino laying robot. The mechanism for this robot was inspired by one design from [thang010146]’s marvelous video library of mechanisms.