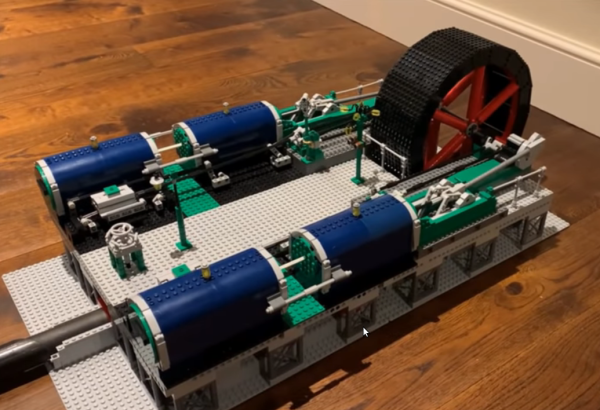 END_OF_DOCUMENT_TOKEN_TO_BE_REPLACED

Now that it is relatively cheap and easy to create a PCB, it is a common occurrence for them to be used in projects. However, there are a lot of subtleties to creating high-performance boards that don’t show up so much on your 555 LED blinker. [Robert Feranec] is well-versed in board layout and he recently highlighted an animation on signal crosstalk with [Eric Bogatin] from Teledyne LeCroy. If you want a good understanding of crosstalk and how to combat it, you’ll want to see [Eric’s] presentation in the video below.

Simplifying matters, the heart of the problem lies in running traces close together so that the magnetic fields from one intersect the other. The math is hairy, but [Eric] talks about simple ways to model the system which may not be exact, but will be close enough for practical designs.

END_OF_DOCUMENT_TOKEN_TO_BE_REPLACED 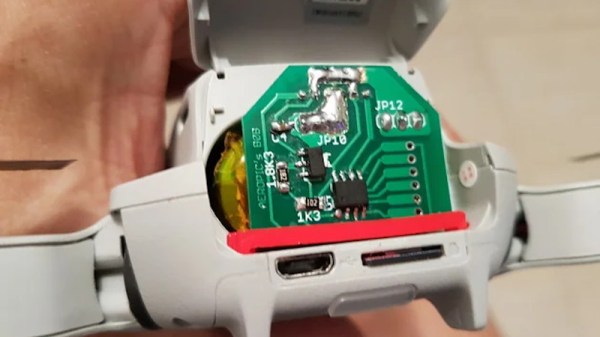 Rechargeable batteries are ubiquitous these days, freeing us from the expense and hassle of using disposable cells. However, this has come with the caveat that many manufacturers demand their equipment only be used with their own official batteries. [aeropic] wasn’t a fan of this, so built a circuit to allow his DJI Mavic Mini to fly with any batteries he pleased.

The Mavic Mini uses I2C to communicate with official packs, making the hack relatively straightforward. [aeropic] built a board nicknamed B0B, which tells the drone what it wants to hear and lets it boot up with unofficial batteries installed. The circuit uses a PIC12F1840 to speak to the drone, including reporting voltage on the cells installed. Notably, it only monitors the whole pack, before dividing the voltage to represent the value of individual cells, but it shouldn’t be a major problem in typical use. Combined with a few 3D printed components to hold everything together, it allows you to build your own cheap pack for the Mavic Mini with little more than a PCB and a few 18650 cells.

It’s always good to see hackers getting out and doing the bread and butter work to get around restrictive factory DRM measures, whether its on music, printer cartridges, or drone batteries. We’ve even seen the scourge appear on litter boxes, too. Video after the break.

END_OF_DOCUMENT_TOKEN_TO_BE_REPLACED 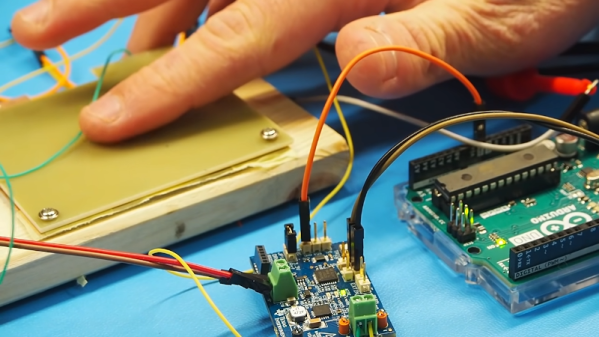 Piezo elements have the useful property of being bidirectional; that is they can move when you apply electricity to them, but they can also generate electricity when you move them. [Carl] takes advantage of this fact to make buttons that can provide haptic feedback. You can see a video of his efforts below the break.

He made two versions of the buttons. One uses a 3D printed housing and the other used a 3D printed spacer in a sandwich configuration. It took a few tries to get it right, as you’ll see. The elements take and produce relatively high voltages, so the bulk of the work was adapting the voltages back and forth. In fact, he even managed to fry his CPU chip with some of the higher voltages involved.

We’d probably look for an easier way to sense the button push, since it seems like a good bit of circuitry just to do that. But the whole circuit provides an input button, haptic feedback, and the option of using the buzzer as a buzzer, so at least it is relatively economical if you need all of those features.

END_OF_DOCUMENT_TOKEN_TO_BE_REPLACED

Humans have unfortunately not yet evolved the ability to photosynthesize or recharge from an electricity source, which is why astronauts well into the future of spaceflight will need to have access to food sources. Developing ways to grow food in space is the focus of the new Deep Space Food Challenge that was just launched by NASA and Canada’s Space Agency (CSA).

With a total of twenty $25,000 USD prizes for US contestants and ten $30,000 CAD prizes for the Canucks in Phase 1 of the challenge, there’s some financial incentive as well. In Phase 2, the winning teams of the concept phase have to show off their kitchen skills, and in the final Phase 3 (deadline by Fall 2023) the full food growing system has to be demonstrated.

The possible systems here would likely involve some kind of hydroponics, aeroponics or even aquaponics, to save the weight of lugging kilograms of soil into space. None of this is truly new technology, but cramming it into a package that would be able to supply a crew of four with enough food during a three-year mission does seem fairly challenging.

The NASA rules are covered in their Phase 1 Rules PDF document. While international teams are also welcome to compete, they cannot receive any prizes beyond recognition, and Chinese citizens or companies with links to China are not to allowed to compete at all. 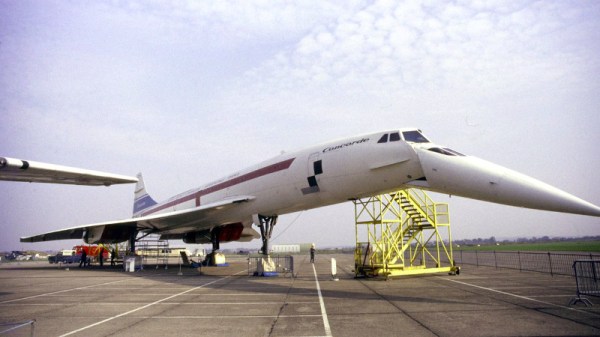 But this icon is unique as symbols of national pride go, because we share it with the French. For every British Airways Concorde that plied the Atlantic from London, there was another doing the same from Paris, and for every British designed or built Concorde component there was another with a French pedigree. This unexpected international collaboration gave us the world’s most successful supersonic airliner, and given the political manoeuverings that surrounded its gestation, the fact that it made it to the skies at all is something of a minor miracle. END_OF_DOCUMENT_TOKEN_TO_BE_REPLACED 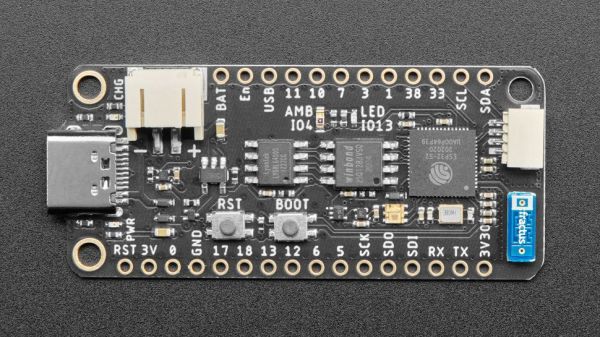 Join us on Wednesday, January 27 at noon Pacific for the ESP32-S2 and RP2040 Hack Chat with Adafruit!

It’s always an event when we have Adafruit on the Hack Chat, and last time was no exception. Then, the ESP32-S2 was the new newness, and Adafruit was just diving into what’s possible with the chip. It’s an interesting beast — with a single core and no Bluetooth or Ethernet built-in, it appears to be less capable than other Espressif chips. But with a faster CPU, more GPIO and ADCs, a RISC-V co-processor, and native USB, the chip looked promising.

Among their other duties, the folks at Adafruit have spent the last six months working with the chip, and they’d now like to share what they’ve learned with the community. So Limor “Ladyada” Fried, Phillip Torrone, Scott Shawcroft, Dan Halbert, and Jeff Epler will stop by the Hack Chat to show us what’s under the hood of the ESP32-S2. They’ve worked on a bunch of projects using the chip, and they’ve taken a deep-dive into the chip’s deep-sleep capabilities, so stop by the Chat with your burning questions about low-power applications or anything ESP32-S2-related and ask away.

Our Hack Chats are live community events in the Hackaday.io Hack Chat group messaging. This week we’ll be sitting down on Wednesday, January 27 at 12:00 PM Pacific time. If time zones have you tied up, we have a handy time zone converter.