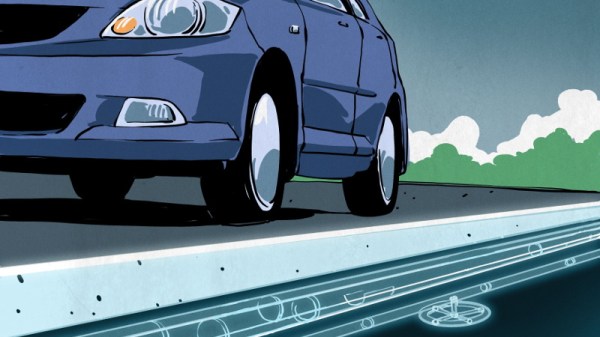 When you put a human driver behind the wheel, they will use primarily their eyes to navigate. Both to stay on the road and to use any navigation aids, such as maps and digital navigation assistants. For self-driving cars, tackling the latter is relatively easy, as the system would use the same information in a similar way: when to to change lanes, and when to take a left or right. The former task is a lot harder, with situational awareness even a challenge for human drivers.

In order to maintain this awareness, self-driving and driver-assistance systems use a combination of cameras, LIDAR, and other sensors. These can track stationary and moving objects and keep track of the lines and edges of the road. This allows the car to precisely follow the road and, at least in theory, not run into obstacles or other vehicles. But if the weather gets bad enough, such as when the road is covered with snow, these systems can have trouble coping.

Looking for ways to improve the performance of autonomous driving systems in poor visibility, engineers are currently experimenting with ground-penetrating radar. While it’s likely to be awhile before we start to see this hardware on production vehicles, the concept already shows promise. It turns out that if you can’t see whats on the road ahead of you, looking underneath it might be the next best thing. END_OF_DOCUMENT_TOKEN_TO_BE_REPLACED 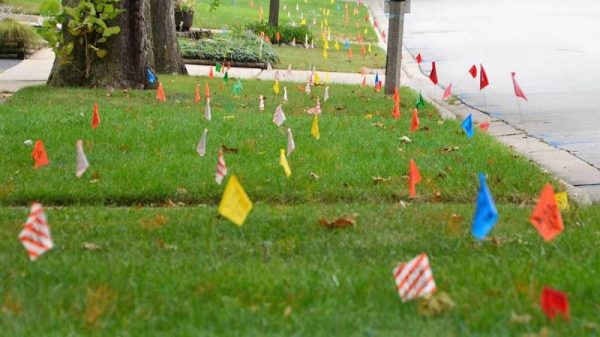 We humans have put an awful lot of effort into our infrastructure for the last few centuries, and even more effort into burying most of it. And with good reason — not only are above ground cables and pipes unsightly, they’re also vulnerable to damage from exposure to the elements. Some utilities, like natural gas and sanitary sewer lines, are also dangerous, or at least perceived to be so, and so end up buried. Out of sight, out of mind.

But humans love to dig, too, and it seems like no sooner is a paving project completed than some joker with a jackhammer is out there wrecking the pristine roadway. Before the construction starts, though, cryptic markings will appear on the pavement courtesy of your local buried utility locating service, who apply their rainbow markings to the ground so that nothing bad happens to the often fragile infrastructure below our feet.

END_OF_DOCUMENT_TOKEN_TO_BE_REPLACED

This year’s Hackaday Prize is heating up, and right now there are quite a few projects in the works covering domains that are rarely, if ever, seen coming out of a garage or a workshop. One of the most interesting is [Glenn Powers]’ Open Ground Penetrating Radar. It’s exactly what the title says: an open-source radar system that can see into the Earth for less than $500.

While ground penetrating radar is great for archaeology and people searching for hoards buried in the middle of farmland, the biggest application is safety. You need only to Google “Florida sinkhole” to see the value of peering into the Earth.

[Glenn] is building his ground penetrating radar with a bare minimum of parts. A Baofeng VHF/UHF My First Radio™ serves as the signal generator, the controller is just an optoisolator, and the switch controller is a 7404 hex inverter. It literally can’t get simpler than that.

Of course these components can only be assembled into a simple radar, and the real value of a ground penetrating radar is the ability to map an area. For that, [Glenn] is bringing out a Pi and a GPS dongle to control the whole thing. Visualization is provided by none other than the US Navy. If it works for submarines, it should work for a metal cart, right?

It’s a great project, not only in the fact that it could help a whole bunch of people, but as a prime example of doing so much without tens of thousands of dollars in test equipment.