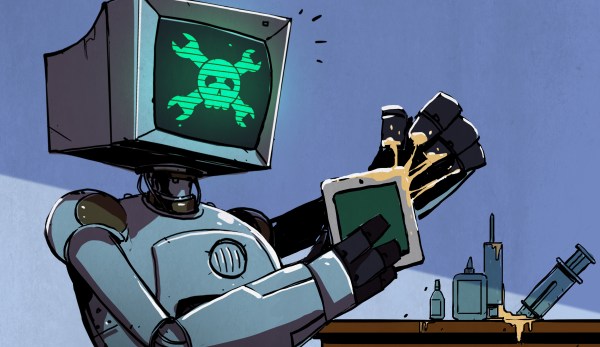 A while back I looked at lubricants for the home shop, with an eye to the physics and chemistry behind lubrication. Talking about how to keep parts moving got me thinking about the other side of the equation – what’s the science behind sticking stuff together? Home shops have a lot of applications for adhesives, so it probably pays to know how they work so you can choose the right glue for the job. We’ll also take a look at a couple of broad classes of adhesives that are handy to have around the home shop. END_OF_DOCUMENT_TOKEN_TO_BE_REPLACED 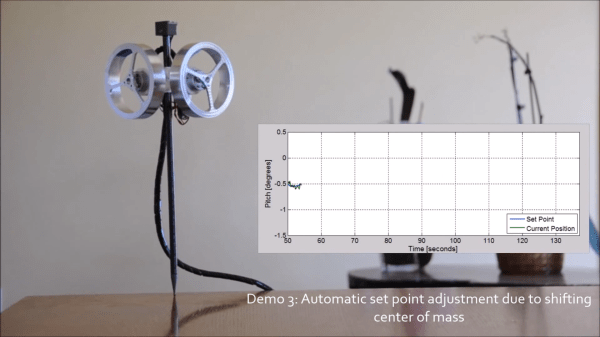 The video, viewable after the break, was fairly sparse on details, but he furnished some in the comments. The little black box on the top is a GY-521 Gyroscope module. It sends its data to an Arduino attached to the black cord which trails off the screen. The Arduino does its mathemagic and then uses a motor controller to drive the reaction wheels at the correct speeds.
END_OF_DOCUMENT_TOKEN_TO_BE_REPLACED 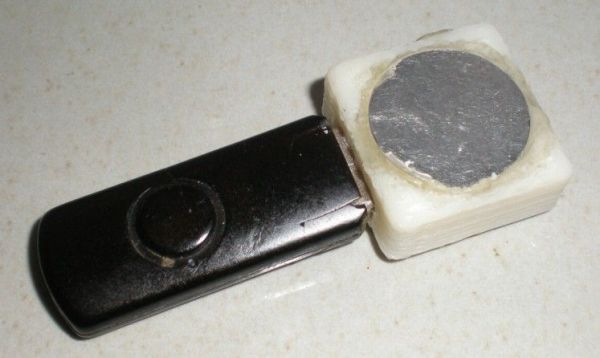 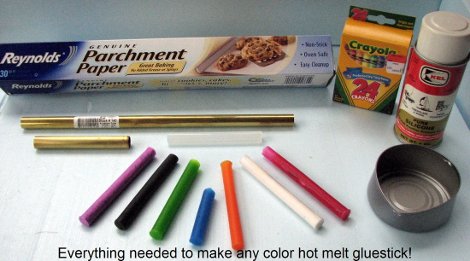 Hot glue guns can be very handy tools for bonding all sorts of surfaces, while getting you accustomed to plastic burns. The one thing they lack though is color, and while yes, you can on occasion find colored glue sticks, there is usually only a limited selection and they cost way more than the normal amber or clear sticks.

[Ken] solves the blandness problem of hot glue sticks in his kitchen, as shown in this cool slideshow. In a melt and recast process, glue sticks and crayons in a 3:1 ratio are slowly heated on an electric stove in a old can. Metal tubing is lined with silicone parchment paper to act as a release agent. The now vivid and scalding hot glue is poured into the tube and left to cool.

You might be wondering how mixing colored wax into ethylene-vinyl acetate effects the glue’s strength . According to the author if you need  decrease the mix viscosity, you can add up to 10% paraffin wax by weight without effecting the bond strength. Color and viscosity control? Hot glue just keeps getting better! As gaming consoles age the controllers will inevitably show some wear, and sadly may give out all together. [Kyle] couldn’t bear to watch his Nintendo 64 controller bite the dust so he replaced the thumb stick with one from a PlayStation. This is a bigger job than you might imagine because the two parts are fundamentally different. The original N64 stick uses a rotary encoder to output data to the control chip, while the PlayStation stick is an analog device. [Kyle’s] solution was to read the analog values using a PIC, but lower in the thread you can read about another user who pulled off a similar hack using an AVR. Both convert the signals into the rotary encoder format that the N64 chip is listening for. From the looks of the clip embedded after the break, this couldn’t work any better!