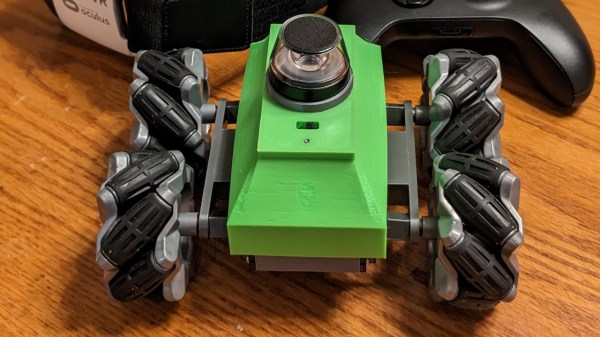 You don’t always need much to build an FPV rig – especially if you’re willing to take advantage of the power of modern smartphones. [joe57005] is showing off his VR FPV build – a fully-printable small Mechanum wheels car chassis, equipped with an ESP32-CAM board serving a 720×720 stream through WiFi. The car uses regular 9g servos to drive each wheel, giving you omnidirectional movement wherever you want to go. An ESP32 CPU and a single low-res camera might not sound like much if you’re aiming for a VR view, and all the ESP32 does is stream the video feed over WebSockets – however, the simplicity is well-compensated for on the frontend. END_OF_DOCUMENT_TOKEN_TO_BE_REPLACED 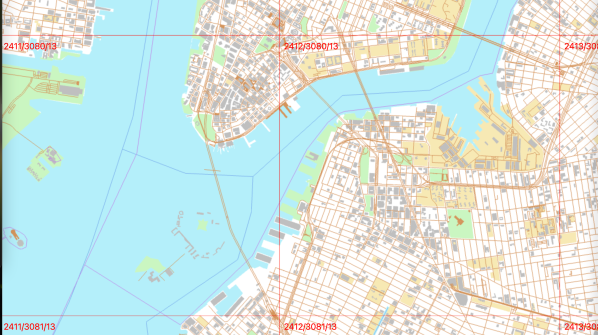 There are adults out there driving who were born after Google Earth came out. Potentially distressing facts aside, those who were around to remember the magic of scrolling in and out with infinite levels of detail was an experience that burned into our brains. Perhaps still curious 21 years later, [Craig Kochis] dove into how vector maps work by implementing one himself.

Some standard helper functions convert latitude and longitude into Mercator coordinates (x and y coordinates on the screen). He used WebGL to draw a canvas, making the whole thing interactive on the webpage itself. The camera position and zoom level stored as a matrix that is used to transform the map projection. By grabbing polygons that describe the shape of various borders and then converting those polygons into triangles with earcut, [Craig] has a part of a country rendered to a screen. END_OF_DOCUMENT_TOKEN_TO_BE_REPLACED 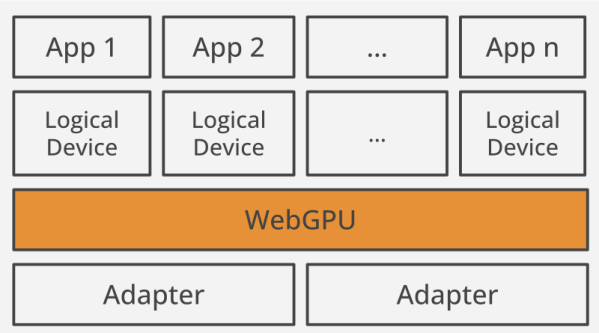 As the browser becomes more like an operating system, we are seeing more deep features being built into them. For example, you can now do a form of assembly language for the browser. Sophisticated graphics have been around using WebGL since around 2011, but some people find it hard to use. [Surma] was one of those people and tried a new method that is just surfacing to do the same thing: WebGPU.

[Surma] liked it better and shares a lot of information in the post and — oddly — the post doesn’t use WebGPU for graphics very much. Instead, the post focuses on using GPU cores for fast computation, something else you can do with WebGPU. If your goal is to draw on the screen, though, you need to know the basics and the post links to a site with examples of doing this.

END_OF_DOCUMENT_TOKEN_TO_BE_REPLACED 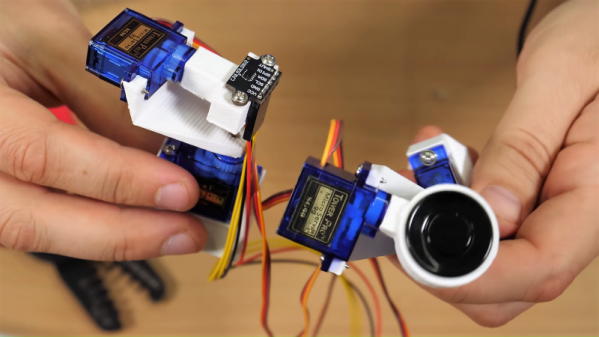 END_OF_DOCUMENT_TOKEN_TO_BE_REPLACED

Everyone knows that writing programs that exploit the GPU (Graphics Processing Unit) in your computer’s video card requires special arcane tools, right? Well, thanks to [Matthew Saw], [Fazil Sapuan], and [Cheah Eugene], perhaps not. At a hackathon, they turned out a Javascript library that allows you to create “kernel” functions to execute on the GPU of the target system. There’s a demo available with a benchmark which on our machine sped up a 512×512 calculation by well over five times. You can download the library from the same page. There’s also a GitHub page.

The documentation is a bit sparse but readable. You simply define the function you want to execute and the dimensions of the problem. You can specify one, two, or three dimensions, as suits your problem space. When you execute the associated function it will try to run the kernels on your GPU in parallel. If it can’t, it will still get the right answer, just slowly.

END_OF_DOCUMENT_TOKEN_TO_BE_REPLACED

Over at [Truthlabs], a 30 year old pinball machine was diagnosed with a major flaw in its game design: It could only entertain one person at a time. [Dan] and his colleagues set out to change this, transforming the ol’ pinball legend “Firepower” into a spectacular, immersive gaming experience worthy of the 21st century.

A major limitation they wanted to overcome was screen size. A projector mounted to the ceiling should turn the entire wall behind the machine into a massive 15-foot playfield for anyone in the room to enjoy.

With so much space to fill, the team assembled a visual concept tailored to blend seamlessly with the original storyline of the arcade classic, studying the machine’s artwork and digging deep into the sci-fi archives. They then translated their ideas into 3D graphics utilizing Cinema4D and WebGL along with the usual designer’s toolbox. Lasers and explosions were added, ready to be triggered by game interactions on the machine.

To hook the augmentation into the pinball machine’s own game progress, they elaborated an elegant solution, incorporating OpenCV and OCR, to read all five of the machine’s 7 segment displays from a single webcam. An Arduino inside the machine taps into the numerous mechanical switches and indicator lamps, keeping a Node.js server updated about pressed buttons, hits, the “Lange Change” and plunged balls.

The result is the impressive demonstration of both passion and skill you can see in the video below. We really like the custom shader effects. How could we ever play pinball without them?