There is a strange clock in the waiting room of Lord Vetinari, Patrician of Ankh-Morpork. While this clock keeps accurate time overall, the ticks and tocks are out of sync, occasionally missing a tick altogether. The net effect is one of turning one’s brain into a sort of porridge.

Yes, a Vetinari Clock has made its way into The Hackaday Prize. This isn’t a clock that’s random yet accurate over long time spans; this is a complete replacement for run-of-the-mill clock movements you can find at any craft store.

In addition to the Vetinari Clock, [Nick Sayer]’s Crazy Clock can be programmed as a sidereal clock (3m 56s fast per day), a Martian clock (39m 36s slow per day), and a tidal clock (50m 28s slow per day), as well as some ‘novelty’ modes that still have 86400 ticks per day ranging from subtle to ‘clown car’ levels of craziness.

[Nick] is gunning for the ‘best product’ category for the Hackaday Prize, and for that he’s designing a board to be a direct replacement for the board in a Quartex Q80 clock movement. With this new board, [Nick] can replace the electronics in this movement in just a few minutes. Being built around an ATtiny45 means it’s infinitely hackable. A clock with this movement would be a great product, although judging from the video below, not one we would want to be around all day.

END_OF_DOCUMENT_TOKEN_TO_BE_REPLACED

Welded steel safety cage? Check! Polycarbonate blast shield? Check! Vacuum cleaner motor wired to an inviting red button? Double check! Stack of CDs to dispose of as destructively as possible? [Firas Sirriyeh] has got you covered with his CD Terminator 1.0.

While [Firas’s] build log is a little short on descriptive text, there’s really no need for it. His pictures tell the tale. The combination media shredder and interactive performance art piece is a stoutly constructed affair, which you’d want anything capable of flinging razor-sharp plastic and Mylar shrapnel to be. [Firas] has displayed his CD execution chamber at the Jerusalem Mini Maker Fair 2015 (in Hebrew; English link) and the Musara Mix Festival where the must-see video after the break was shot (mildly NSFW language). Some CDs give up the ghost very quickly, but one held out for a remarkable long time before finally exploding; you can see it flexing and warping in a way that almost appears to be slow-motion.

For those who’d rather not fuss with all that bothersome safety, there’s always this automatic CD launcher to play with.

END_OF_DOCUMENT_TOKEN_TO_BE_REPLACED

We’re suckers for repair videos and this Dewalt worksite radio repair (YouTube Link) from Hackaday alum [Todd Harrison] is no exception. Like a detective story, we’re always trying to guess who did it.

In his first video [Todd] traced the issue down to a faulty 6 volt regulator which was pushing out 8 volts. He fixed that by hacking a LM317 into the circuit to replace the original non-adjustable part. That helped but after a few days the radio failed again. So here he traced out the voltages to find the second culprit. Along the way, we get to see some of the nicer features of his Fluke 87 and 289 meters. As well as puzzling over the some of the design decisions in the radios construction, before identifying the final issue.

We won’t spoil the surprise, but find out how Todd solves this riddle, wrapped in a mystery, inside an enigma in the video below!

END_OF_DOCUMENT_TOKEN_TO_BE_REPLACED

[Marc] has an old Voigtländer Vito CLR film camera. The camera originally came with an analog light meter built-in. The meter consisted of a type of solar panel hooked up to a coil and a needle. As more light reached the solar panel, the coil became energized more and more, which moved the needle farther and farther. It was a simple way of doing things, but it has a down side. The photo panels stop working over time. That’s why [Marc] decided to build a custom light meter using newer technology.

[Marc] had to work within the confines of the tiny space inside of the camera. He chose to use a LM3914 bar display driver IC as the primary component. This chip can sense an input voltage against a reference voltage and then display the result by illuminating a single LED from a row of ten LEDs.

[Marc] used a photo cell from an old calculator to detect the ambient light. This acts as a current source, but he needed a voltage source. He designed a transimpedence amplifier into his circuit to convert the current into a voltage. The circuit is powered with two 3V coil cell batteries, regulated to 5V. The 5V acts as his reference voltage for the display driver. With that in mind, [Marc] had to amplify this signal further.

It didn’t end there, though. [Marc] discovered that when sampling natural light, the system worked as intended. When he sampled light from incandescent light bulbs, he did not get the expected output. This turned out to be caused by the fact that incandescent lights flicker at a rate of 50/60 Hz. His sensor was picking this up and the sinusoidal output was causing problems in his circuit. He remedied this by adding two filtering capacitors.

The whole circuit fits on a tiny PCB that slides right into position where the original light meter used to be. It’s impressive how perfectly it fits considering everything that is happening in this circuit. 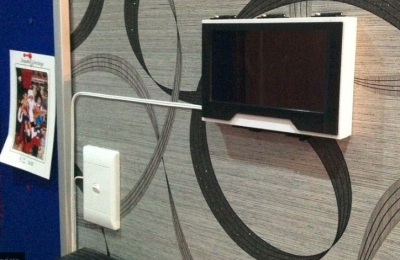 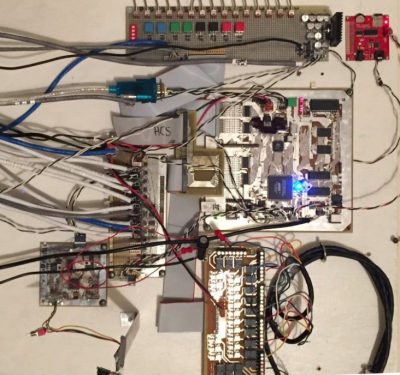 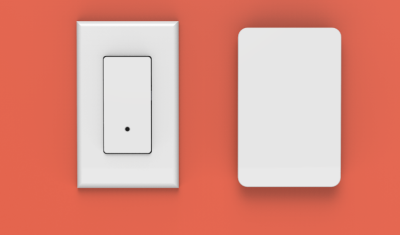 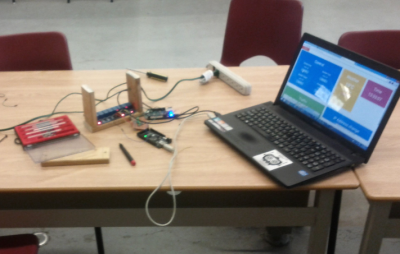 We’re busy giving away tens of thousands of dollars in prizes for Hackaday Prize entries, and that’s before the contest even ends. Last week, we put a call out for projects with wings, wheels, and propellers, and now we’re doling out some fun Crazyflie 2.0 quadcopters  to the winners. Here’s the lucky winners, in no particular order:

Congrats to all the winners.

This week’s contest is for the best human interface, the winners of which will receive laser cutting time through Ponoko. If you need a control panel for all those switches and buttons, this is the contest to get in on. The deadline to enter the Human Interface contest is Thursday, 7/16/15, so:

Good luck, and remember to vote in this week’s round of community voting.