Taking a stroll through the woods in the midst of autumn is a stunning visual experience. It does, however, require one to live nearby a forest. If you are one of those who does not, [Koen Hufkens] has recently launched the Virtual Forest project — a VR experience  that takes you though a day in a deciduous forest.

First off, you don’t need a VR apparatus to view the scenery. Web-browsers and most smart phones are capable of displaying the 360 degree images. The Raspberry Pi 2-controlled Ricoh Theta S camera is enclosed in a glass lamp cover and — with the help of some PVC pipe — mounted on a standard fence post. Power is delivered ingeniously via a Cat5e cable, and a surge protector has also been included in case of lightning strikes.  Depending on when you view the website, you could be confronted with a black screen, or a kaleidoscope of color.

END_OF_DOCUMENT_TOKEN_TO_BE_REPLACED 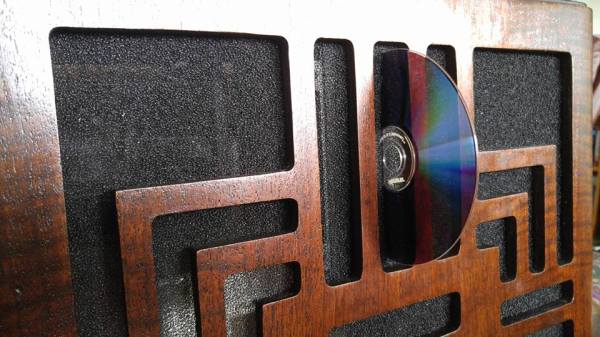 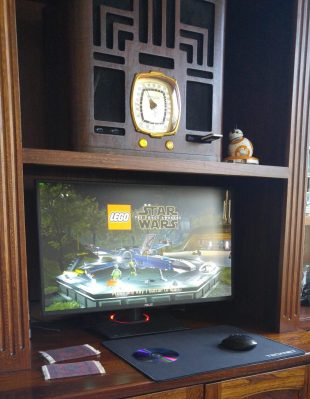 Sometimes it’s not so much what you put together, it’s how you use it. The folks at Adafruit have put up a project on how to dress up your drone with ‘UFO lights’ just in time for Halloween. The project is a ring of RGB LEDs and a small microcontroller to give any quadcopter a spinning ‘tractor beam light’ effect. A 3D printed fixture handles attachment. If you’re using a DJI Phantom 4 like they are, you can power everything directly from the drone using a short USB cable, which means hardly any wiring work at all, and no permanent changes of any kind to the aircraft. Otherwise, you’re on your own for providing power but that’s probably well within the capabilities of anyone who messes with add-ons to hobby aircraft.

One thing this project demonstrates is how far things have come with regards to accessibility of parts and tools. A 3D printed fixture, an off-the-shelf RGB LED ring, and a drop-in software library for a small microcontroller makes this an afternoon project. The video (embedded below) also demonstrates how some unfamiliar lights and some darkness goes a long way toward turning the otherwise familiar Phantom quadcopter into a literal Unidentified Flying Object.

END_OF_DOCUMENT_TOKEN_TO_BE_REPLACED

How many integrated circuits do you need to build up a power supply that’ll convert mains AC into a stable DC voltage? Would you believe, none? We just watched this video by [The Current Source] (embedded below), where he builds exactly that. If you’re in the mood for a very well done review of diode bridges as well as half- and full-wave rectifiers, you should check it out.

First off, [TCS] goes through the basics of rectification, and demonstrates very nicely on the oscilloscope how increasing capacitance on the output smooths out the ripple. (Hint: more is better.) And then it’s off to build. The end result is a very simple unregulated power supply — just a diode bridge with some capacitors on the output — but by using really big capacitors he gets down into the few-millivolt range for ripple into a constant load.

The output voltage of this circuit will depend on the average current drawn, but for basically static loads this circuit should work well enough, and the simplicity of just tossing gigantic capacitors at the problem is alluring. (We would toss in a linear regulator somewhere.)

Quibbling over circuit designs isn’t why you’re watching this video, though. It’s because you want to learn something. Check out the rest of his videos as well. [TCS] has only been at it a little while, but it looks like this is going to be a channel to watch.

Most data storage devices we currently use are, at their core, two-dimensional. Sure, a hard drive might have multiple platters, but the data storage takes place on a flat surface. Even an optical drive is effectively a single surface that holds data. At the  City College of New York, they are experimenting with storing data in three dimensions using lab-grown diamonds and LASERs.

Usually, diamonds that have few flaws are more valuable. But in this application, the researchers exploit the flaws to store information. Optical memory that uses a volume instead of a surface isn’t exactly new. However, it is difficult to use these techniques in a way that is rewritable.

END_OF_DOCUMENT_TOKEN_TO_BE_REPLACED 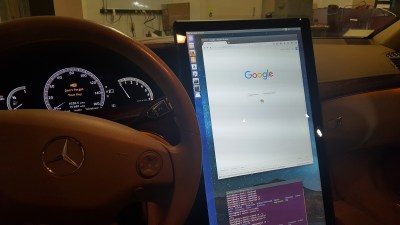