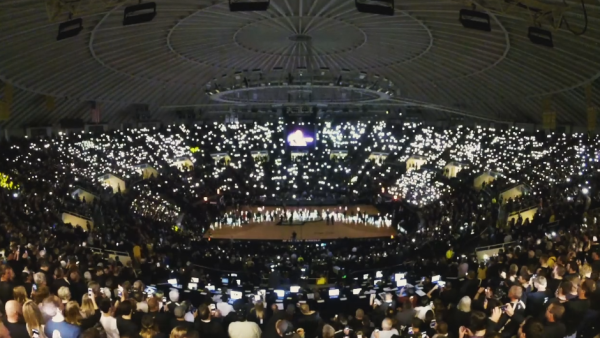 18 months ago, [Jameson Rader] didn’t know how to code. He had an economics degree and worked for a minor league hockey team. He did have a dream, though. Broadcasting data through sound. When we say broadcast, we mean broadcast – as in one sender and thousands of receivers.

[Jameson] didn’t have the money to hire a team to build his application. So he did what any self-respecting hacker would do. He bought a few books and taught himself to code. We’re talking about a smartphone app here, so Java and Objective-C were necessary to cover Android and iOS devices. The result is XT Audio Beacons.

[Jameson] has created a light show for stadiums which requires no new hardware infrastructure. Ultrasonic cues are added to a pre-recorded soundtrack and played over the PA system. Fans attending the show simply run an app and hold up their smartphone. The app listens for the cues and turns on the camera flash. The result is a light show which can be synchronized to music, sound effects, or whatever the event calls for. Since the system relies on sound, the App only needs permissions to access the microphone. The system would still work even if the phones were in airplane mode.

Transmitting data to smartphones via ultrasonics isn’t exactly new. Amazon uses it in their Dash Buttons, and Google uses it in their OnHub. Using it as a broadcast medium in a stadium is a novel application, though. [Jameson] also has demos showing XT Audio Beacons being used for more mundane purposes – such as troubleshooting electronics, or even as an acoustic version of an iBeacon.

Most important here is that [Jameson] isn’t keeping all this new knowledge to himself. He’s published the source to his application on Github under the MIT license.

You can see the system in action – and even try it yourself, in the video after the break.

If you want to learn more about [Jameson] and his journey, definitely check out his AMA on Reddit.

END_OF_DOCUMENT_TOKEN_TO_BE_REPLACED 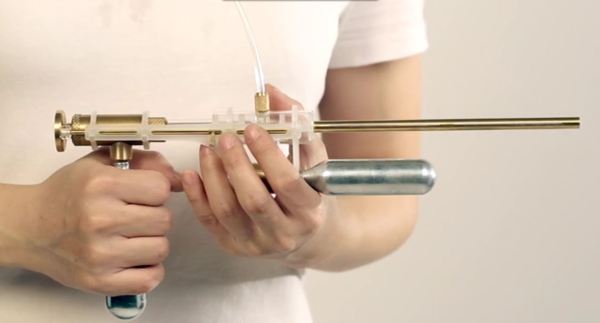 Frustration is tough to deal with. When driven to the point of tears it’s sometimes a short step to lashing out irrationally. Focus in these situations helps, channeling your frustration into something useful. [Yi-Fei Chen] has done that — quite literally — by designing a gun that fires her shed tears.

The gun’s design manifested following a strenuous midterm presentation. Her insistent tutor drove her to tears as frustration clashed with the deep cultural values of her native Taiwan which prevented her from speaking up against authority.

A silicone cup resting against her cheek collects the tears which flow into a chamber of the gun to be frozen. Removing the safety slide preps the round to be fired by the pressure plate trigger on the gun’s rear. It’s simple and it works — tutors beware.

END_OF_DOCUMENT_TOKEN_TO_BE_REPLACED 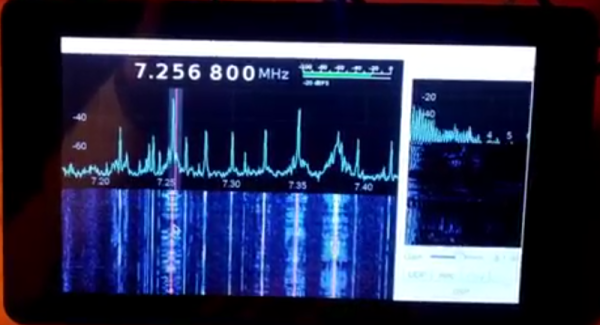 [Chris D] noticed that the excellent software defined radio (SDR) software gqrx will run on the Raspberry Pi now. So he married a Raspberry Pi 3, a touchscreen, an RTL-SDR dongle, and an upconverter to make a very nice receiver setup. You can see the receiver in action below.

The video is a little light on build details, but there is a shot of the setup with the pieces labeled, and you should be able to figure it out from there. Of course, gqrx works with lots of different SDR devices so you might have to make adjustments depending on what you use (for example, many of the supported dongles won’t need the upconverter that [Chris] uses).

END_OF_DOCUMENT_TOKEN_TO_BE_REPLACED

The experiment is with an electromagnetic tether that can be used to either turn electrical energy into kinetic or vice-versa. When you string a long conducting wire outwards from earth, the two ends pass through the earth’s magnetic field at different altitudes and thus pass through magnetic fields with different strengths, and an electrical potential is generated. In the KITE experiment (translated), a resistive load and an electron emitter on the supply ship are designed to burn up this electrical energy, lowering the ship’s kinetic energy, and dropping its orbit down to earth.
END_OF_DOCUMENT_TOKEN_TO_BE_REPLACED

Let’s start right off with a controversial claim: Forth is the hacker’s programming language. Coding in Forth is a little bit like writing assembly language, interactively, for a strange CPU architecture that doesn’t exist. Forth is a virtual machine, an interpreted command-line, and a compiler all in one. And all of this is simple enough that it’s easily capable of running in a few kilobytes of memory. When your Forth code is right, it reads just like a natural-language sentence but getting there involves a bit of puzzle solving.

Forth is what you’d get if Python slept with Assembly Language: interactive, expressive, and without syntactical baggage, but still very close to the metal. Is it a high-level language or a low-level language? Yes! Or rather, it’s the shortest path from one to the other. You can, and must, peek and poke directly into memory in Forth, but you can also build up a body of higher-level code fast enough that you won’t mind. In my opinion, this combination of live coding and proximity to the hardware makes Forth great for exploring new microcontrollers or working them into your projects. It’s a fun language to write a hardware abstraction layer in. END_OF_DOCUMENT_TOKEN_TO_BE_REPLACED

[Jared Sanson] has a solar power setup on his beach house, consisting of 6 panels and a 24V battery bank, supplied by Outback Inc. Their chargers and inverters pair over a seemingly proprietary connection with a controller known as the MATE. The MATE has a standard serial output which gives some details about the operation, but [Jared] wasn’t getting the detailed information they could get from the controller’s screen. This meant it was time to reverse engineer the proprietary connection instead, which [Jared] calls MateNET.

The controller interfaces with the chargers over a Cat5 cable. [Jared] initially suspected RS-485, but it turned out to be regular serial at 0-24V logic levels, at 9600 baud, 9n1. To figure out the pinout, [Jared] went through the MATE circuitry with a fine-toothed comb, discovering an ATMEGA32. Since both the MATE’s user output & its connection to the other equipment are both serial, a logic mux is used to split the ATMEGA32’s single UART between the two serial connections. With the physical layer sorted, it was time to figure out how the protocol worked.

END_OF_DOCUMENT_TOKEN_TO_BE_REPLACED 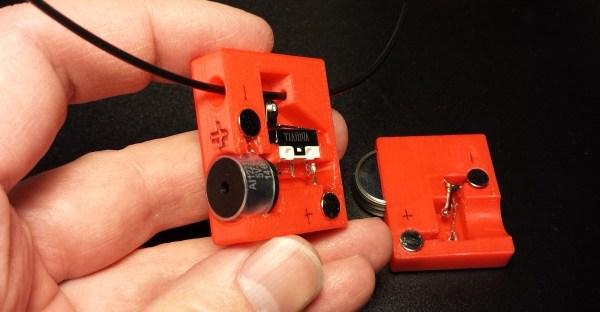