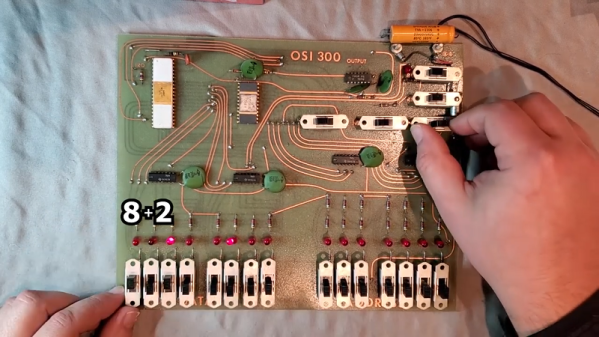 In the late 1970s there were a host of companies that dominated the computer market before the introduction of the IBM PC. One of these was Ohio Scientific or OSI. [BradH] has an OSI Model 300 trainer — their first major product — and gives us a peek at it along with some history of the company.

Companies like OSI, Southwest Technical Products, Osborne, Northstar, and PolyMorphic were the second wave after the likes of MITS and IMSAI had opened the personal computer market. Only a few companies like Apple hung on and made it work over the long haul.

END_OF_DOCUMENT_TOKEN_TO_BE_REPLACED

[Labpacks] wanted to build a robot car controlled by his phone. As a Hackaday reader, of course you probably can imagine building the car. Most could probably even write a phone application to do the control. But do you want to? In most cases, you are better off focusing on what you need to do and using something off the shelf for the parts that you can. In [Labpacks’] case, he used Visuino to avoid writing ordinary code and RemoteXY to handle the smartphone interface.

RemoteXY is a website that allows you to easily build a phone interface that will talk to your hardware over Bluetooth LE, USB, or Ethernet (including WiFi). One thing of interest: even though the interface builder is Web-based, the service claims that the interface structure stays on the controller. There’s no interaction with the remote servers when operating the user interface so there is no need for an external Internet connection.

END_OF_DOCUMENT_TOKEN_TO_BE_REPLACED 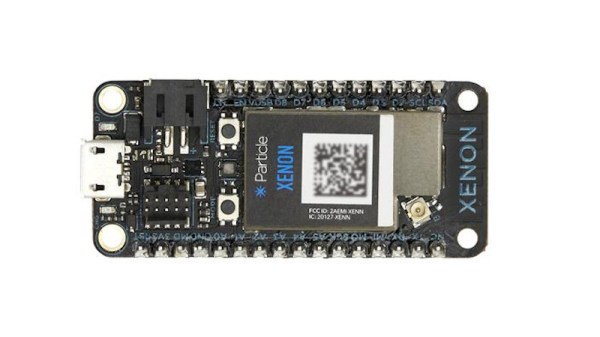 The long-held dream of wireless network hackers everywhere is to dispense with centralised network infrastructure, and instead rely on a distributed network in which the clients perform the role of distribution and routing of traffic. These so-called mesh networks promise scalability and simplicity on paper, but are in practice never as easy to implement as the theory might suggest. Much venture capital has been burned over the years by startups chasing that particular dream, yet most of our wireless connectivity still follows a hub topology.

An exciting development in our sphere concerning mesh networking came in early 2018, when Particle, the purveyors of wireless-equipped dev boards, launched their third generation of products. These offered mesh networking alongside their other features, but this week they have announced that they’ll no longer be developing that particular side of their offering. The Wi-Fi-equipped Argon and Cellular-equipped Boron will remain on sale, but they will henceforth discontinue the mesh-only Xenon. Existing owners of the now orphaned board will be compensated with store credit.

Their rationale for discontinuing mesh networking is interesting, and reflects on the sentiment in our first paragraph. Mesh networking is hard, and in particular their attempt to make it work with zero configuration was simply not successful. But then they talk about the realisation that maybe mesh networking was not the right solution for the IoT applications the boards were being used in, and perhaps another technology such as LoRa would be more appropriate.

So the mesh experiment from Particle is over, but the company and its connected dev boards are very much still with us. We salute them for being bold enough to try it, and we wonder when we’ll next find a piece of similar mesh networking hardware. 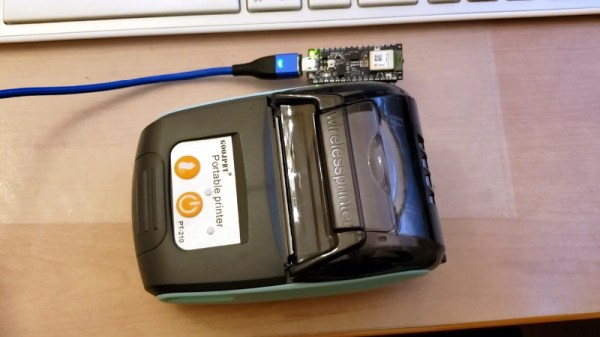 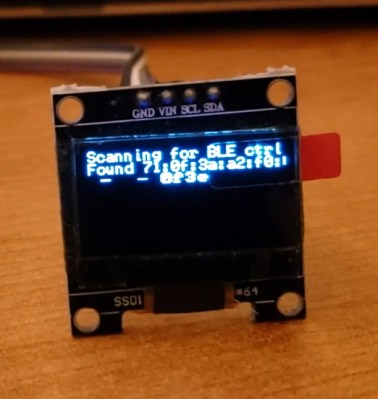 If you want to know exactly what’s going on in your Linux system, some of you might reach for top. For the connoisseur of system monitors, nothing less than htop will do. Not familiar with htop? [Umer Mansoor] did a beautiful job of explaining it graphically.

We’ve mentioned htop in a previous Linux Fu, but we’ve never gotten a chance to dig into it. And now, we don’t have to.  Like top, the htop program is still text-based, but it has a much nicer interface with colors, and easier way to send signals to processes, and support for tree displays. You can even use the mouse with it if you want to.

[Umer] did a lot of work to take screenshots of htop at work and annotate them. Sure, you could read the man page, but we think this is a lot better.

Of course, there are other improvements to top. Glances is pretty interesting, for example. For serious system administration help, you can try Webmin or Cockpit. 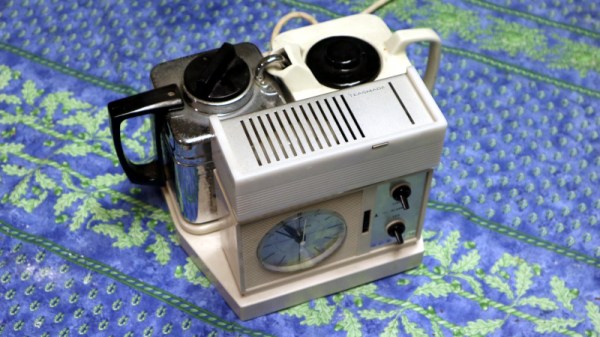 We’re used to our domestic appliances being completely automated in 2020, but not so long ago they were much simpler affairs. Not everything required a human to run it though, an unexpected piece of electromechanical automation could be found in British bedrooms. This is the story of the Goblin Teasmade, an alarm clock with a little bit extra.

END_OF_DOCUMENT_TOKEN_TO_BE_REPLACED 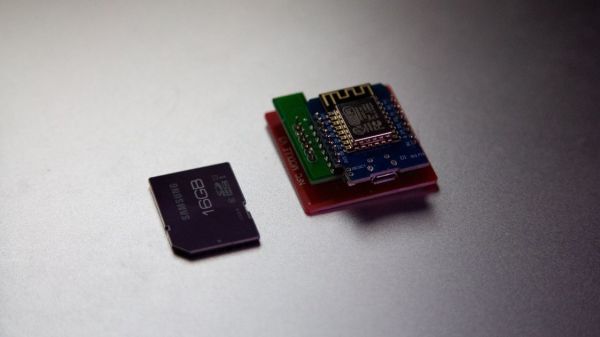 If home automation in the IoT era has taught us anything, it is that no one wants to run wires. Many of us rent, so new cabling is not even an option, even if we wanted to go that route. If you want a unique sensor, you have to build your own, and [tmkThings] wanted an NFC scanner at his front door. Just like arriving at work, he scans his credentials, and the door unlocks automagically.

Inside a little white box, we find an ESP8266 speaking Wifi attached to a PN532 talking NFC, and both are familiar names on these pages. The code, which is available on GitHub, links up with IFTTT and MQTT. For the security-minded, we won’t see this on your front door, but you can trigger your imagination’s limit of events from playing your favorite jams at the end of the day to powering down all the televisions at bedtime.

NFC hacks are great because they are instantly recognizable and readers are inexpensive, but deadbolt hacking is delightful in our books.