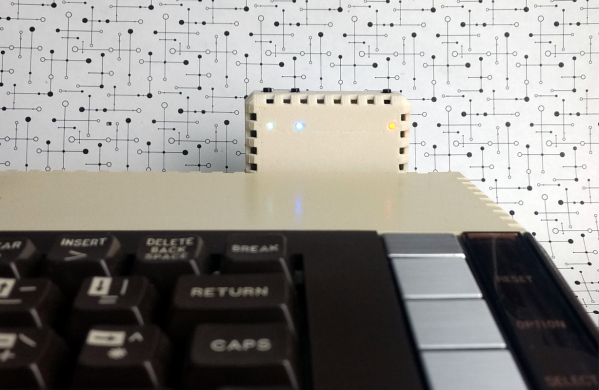 There are two reasons to go to school: learn about something and to get a coveted piece of paper that helps you get jobs, or at least, job interviews. With so many schools putting material online, you can do the first part without spending much money as long as you don’t expect the school to help you or grant you that piece of paper. Stanford has a huge computer science department and [Rui Ma] cataloged over 150 computer science classes available online in some form from the University. Just the thing to while away time during the quarantine.

Apparently, [Rui] grabbed the 2020 course catalog to find on-campus classes and found the companion website for each class, organizing them for our benefit. The list doesn’t include the actual online class offerings, which you can find directly from Stanford, although there is another list for that.

END_OF_DOCUMENT_TOKEN_TO_BE_REPLACED

The only thing more surprising than finding out TiVo actually put out a new 4K set-top box recently is learning that somehow they didn’t bother to build WiFi into the thing. You’re forced to buy a special wireless adapter to the tune of $60 USD to add the feature. We’d make a joke about the company living in the past, but frankly, it would be too easy.

Having to buy just one of these expensive dongles in 2020 would be insulting enough, but TiVo superfan [xxbiohazrdxx] needed four of them. Rather than hand nearly $250 to the antennae-headed overlords, they decided to reverse engineer the adapter and produce their own low-cost version. While the final result might not be as slim and svelte as the original, it does come in at less than 1/4 the price.

Operating under the assumption that the TiVo would only talk to a WiFi adapter based on the same Broadcom BCM43569 chipset used in the official one, [xxbiohazrdxx] started by trying to find a standard USB dongle that might be a drop-in replacement. Unfortunately, it looks like this particular chip was almost exclusively used in proprietary applications, most commonly as a WiFi board inside of smart TVs. But as it turns out, that wasn’t necessarily a deal breaker.

After some searching, [xxbiohazrdxx] eventually found the promising CyberTAN NU361-HS board. Not only was it based on the right chipset and ran from 5 volts, but its FCC ID entry had a complete pinout for the connector. This particular WiFi module is used in a number of budget TVs and is widely available as a spare part for less than $10. By combing the board and a USB breakout PCB inside of a 3D printed case, you’ve got a plug-and-play WiFi adapter that the TiVo thinks is the real deal.

There was a time when Hackaday was flooded with TiVo hacks, but it’s now been more than a decade since cheap carrier-provided DVRs ate the company’s lunch. Realistically, there’s an excellent chance that this post will be the only time a mention of the once-mighty DVR graces the front page in 2020. While the reign of the TiVo might be at its end, the impact it had as one of the first Linux-powered consumer devices will be etched in hacker history forever. 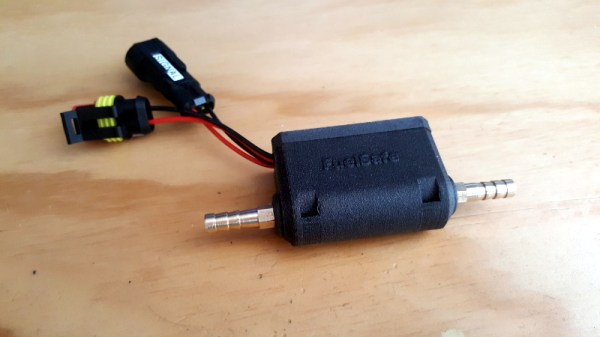 At some time or another, we’ve all had an idea we thought was so clever that we jumped on the Internet to see if somebody else had already come up with it. Most of the time, they have. But on the off chance that you can’t find any signs of it online, you’re left with basically two possible conclusions. Either you’re about to enter uncharted territory, or your idea is so bad that everyone has collectively dismissed it already.

Which is precisely where [James Stanley] recently found himself. He had an idea for an non-contact optical sensor which would detect when his racing mower was about to run out of gas by analyzing light passed through a clear section of fuel hose. He couldn’t find any previous DIY examples of such a device, nor did there appear to be a commercial version. But did that mean it wouldn’t work, or that nobody had ever tried before?

END_OF_DOCUMENT_TOKEN_TO_BE_REPLACED

Combining a Raspberry Pi HQ camera and a waterproof housing, [jippo12] made an all-sky, all-Pi meteorite tracking camera on the cheap, and it takes fantastic photos of the heavens. It’s even got its own YouTube channel. Inside there’s a Raspberry Pi 4 plus an HQ camera to take the pictures. But there’s also a system in place to keep everything warm and working properly. It uses a Raspberry Pi 3+, a temperature sensor, and a relay control HAT to pump pixies through a couple of 10 W resistors, making just enough heat to warm up the dome to keep it from fogging.

A few years ago, we reported that NASA was tracking meteorites (or fireballs, if you prefer) with a distributed network of all-sky cameras — cameras with 360° views of the night sky. Soon after, we found out that the French were doing something quite similar with their FRIPON network. We pondered how cool it would be to have a hacker network of these things, but zut alors! Have you seen the prices of these things?  Nice hack, [jippo12]!

Rather do things the old fashioned way? Dust off that DSLR, fire up that printer, and check out OpenAstroTracker.

If you are even a casual Linux user, you probably know how to use grep. Even if you aren’t a regular expression guru, it is easy to use grep to search for lines in a file that match anything from simple strings to complex patterns. Of course, grep is fine for looking, but what if you want to find things and change them. Maybe you want to change each instance of “HackADay” to “Hackaday,” for example. You might use sed, but it is somewhat hard to use. You could use awk, but as a general-purpose language, it seems a bit of overkill for such a simple and common task. That’s the idea behind ripgrep which actually has the command name rg. Using rg, you can do things that grep can do using more modern regular expressions and also do replacements.

A Note on Installing Ripgrep

Your best bet is to get ripgrep from your repositories. When I tried running KDE Neon, it helpfully told me that I could install a version using apt or take a Snap version that was newer. I usually hate installing a snap, but I did anyway. It informed me that I had to add –classic to the install line because ripgrep could affect files outside the Snap sandbox. Since the whole purpose of the program is to change files, I didn’t think that was too surprising, so I did the install.

END_OF_DOCUMENT_TOKEN_TO_BE_REPLACED 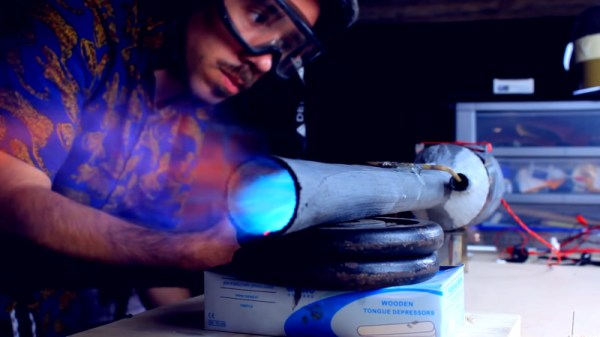 Jet engines are undeniably awesome, but their inherent complexity prevents many from experimenting with the technology at home. Perhaps the most accessible design is the pulsejet; in valveless form, it can be built relatively easily without needing a lot of precision spinning parts. [Integza] decided to try building his own, facing many hurdles along the way. (Video, embedded below.)

Despite eschewing turbines and compressors, and consisting of just an intake, exhaust and a combustion chamber, the pulsejet still presents many challenges to the home gamer. Primary concerns are sustaining combustion without the jet flaming out, and building the jet out of suitable materials that won’t simply melt into a gooey puddle on the floor.

[Integza]’s design process began with many 3D-printed attempts. While the geometry was on point, none of these designs could run for more than a few seconds without melting and falling apart. Determined to avoid the typical welded-steel approach, [Integza] instead resolved to go left-of-field with carbon fibre mat combined with high-temperature sealant. With the help of a 3D-printed mold, he was able to produce a working engine that could stand up to the high temperatures and produce that glorious pulsejet sound.

It’s come a long way from [Integza]’s earlier experiments, and we look forward to seeing where it goes next – whether that be on a plane or perhaps even a go-kart. Video after the break.