The Charliewatch by [Trammell Hudson] is one of those projects which is beautiful in both design and simplicity. After seeing [Travis Goodspeed]’s GoodWatch21 digital watch project based around a Texas Instruments MSP430-based SoC, [Trammell] decided that it’d be neat if it was more analog. This is accomplished using the CC430F5137IRGZR (a simpler member of the MSP430 family) and a whole bunch of 0603 SMD LEDs which are driven using Charlieplexing.

This time-honored method of using very few I/O pins to control many LEDs makes it possible to control 72 LEDs without dedicating 72 pins. The density makes animations look stunning and the digital nature melts away leaving a distinct analog charm.

A traditional sapphire crystal was sourced from a watchmaker for around 14€ as was the watch band itself. The rest is original work, with multiple iterations of the 3D printed case settling in on a perfect fit of the crystal, PCB, and CR2032 coin cell stackup. The watch band itself hold the components securely in the housing, and timekeeping is handled by a 32.768 kHz clock crystal and the microcontroller’s RTC peripheral.

The LEDs can be seen in both daylight and darkness. The nature of Charlieplexing means that only a few of the LEDs are ever illuminated at the same time, which does wonders for battery life. [Trammell] tells us that it can run for around six months before the coin cell needs replacing.

It’s completely open source, with project files available on the project’s Github page. We hope to see an army of these watches making appearances at all upcoming electronics-oriented events. Just make sure you lay off the caffeine as the process of hand-placing all those LEDs looks daunting. 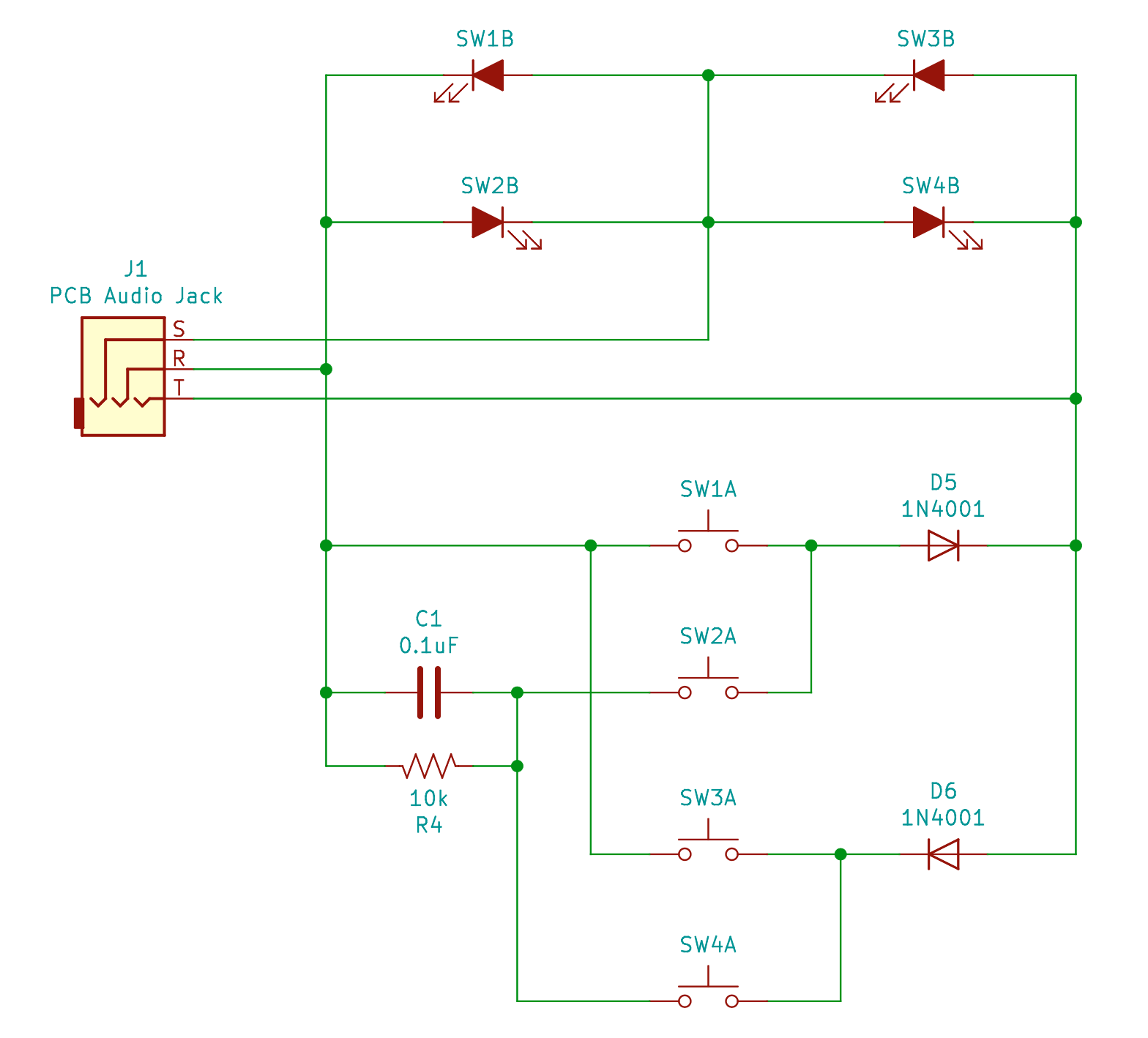 END_OF_DOCUMENT_TOKEN_TO_BE_REPLACED

Most of us are aware that charlieplexing can drive a large number of LEDs from a relatively small number of I/O pins, but [David Johnson-Davies] demonstrates adding another dimension to that method to create individually controlled PWM outputs as well. His ATtiny85 has twelve LEDs, each with individually-set brightness levels, and uses only four of the five I/O pins on the device.

Each LED can be assigned a brightness between 0 (fully off) and 63 (fully on). The PWM is done by using one of the timers in the ATtiny85 to generate a periodic interrupt, and the ISR for the interrupt takes care of setting the necessary ratios of on and off times for each charlieplexed output. The result? Twelve flicker-free LEDs with individually addressable brightness levels, using an 8-pin microcontroller and just a few passive components on a tiny breadboard. There’s even one I/O pin left on the ATtiny85, for accepting commands or reading a sensor.

[David] really wrings a lot out of the ATtiny series of microcontrollers with his compact projects, like his Tiny Function Generator (which recently got an update.) He also demonstrated that while charlieplexing is usually used with LEDs, charlieplexing can be used with switches just as easily.

Numbers are hard enough in English, but [Sadale] decided to take things a step further by building a calculator that works in Toki Pona. The result is Ilo Nanpa, an awesome hardware calculator that works in this synthetic minimal language. This is a bit harder than you might think, because Toki Pona doesn’t have digits in the same way that Neo-Latin languages like English do. Instead, you combine smaller numbers to make bigger ones. One is Wan, Two is Tu, but three is Wan Tu (1+2). As you might expect, this makes dealing and representing larger numbers somewhat complicated.

Ilo Nanpa gets around this in a wonderfully elegant way, and with some impressive behind the scenes work. The calculator has 16 LEDs, nine buttons and a slider switch, but they are all controlled and read through just five IO pins on the STM8S001J3 controller that runs the device.

That’s because {Sadale] did some remarkable work with multiplexing and charlieplexing. Multiplexing is controlling more outputs than there are control inputs by using rows and columns: it is how the LED display you are probably reading this on can be controlled by just a few wires. By switching through these rows and columns at a higher speed than the eye can see, you create the illusion of a single, continuous display.

Charlieplexing takes this a step further by using multiple voltages on a single connection to further split the signal. With the clever use of voltage dividers the directional properties of LEDs and multiple voltage levels, the Ilo Nanpa runs all of the LEDs and senses all of the buttons and the slider from just five pins. That’s a remarkably neat piece of design, and it is worth spending some time looking over the excellent explanation of the process that [Sadale] wrote to see how it is done, and poring over the code for the device to see how he programmed this all into a single low powered chip. And, while you are reading, you might pick up a few words of Toki Pona. Tawa Pona!

END_OF_DOCUMENT_TOKEN_TO_BE_REPLACED

What makes a game a game? Like, how do we know that we’re looking at a variation of PONG when confronted with one? And how do we know how to play it? [Bertho] sought to answer this question as he designed what is probably the smallest-ever 1-D PONG game. His answer involves charlieplexing LEDs, using a voltage divider to save I/O pins, and a couple of AAAs that should last for a long, long time.

[Bertho]’s Minimum 1-D PONG, or m1dp for short, puts an ATTiny85 through its paces as gameplay quickly progresses from ‘I got this’ to ‘no one could possibly keep this up’. This state machine sleeps until one of the two buttons is pressed, at which time a wait animation starts. The action begins with the next button press.

Game play across only five LEDs makes for some pretty intense action, too. Fortunately, the buzzer is a big part of the experience. It sounds one tone for each LED when the ball is in play, and a different tone to confirm button presses. [Bertho] saved so many I/O pins with charlieplexing that he added a green LED that lights up when it’s OK to return the ball. If we were playing, we’d keep our eye on this LED instead of trying to watch the ball. We’re serving the demo after the break point, so don’t let it get past you.

For a study in minimalism, there sure is a lot going on here with all the different tones and animations. If you’d prefer maximalist 1-D PONG, there’s always LED strips. If dungeon crawlers with satisfying hardware are more your thing, you really need to check out Twang.

END_OF_DOCUMENT_TOKEN_TO_BE_REPLACED

[David Johnson-Davies] created a minimal Secret Maze Game using a single ATTiny85 and a few common components. This simple game uses four buttons, four LEDs, and a small speaker. The player moves in the four cardinal directions using buttons, and the LEDs show walls and corridors. If an LED is lit, it means the path in that direction is blocked by a wall, and attempting to move in that direction will make a beep. When the player reaches the exit, a short victory tune chirps from the speaker.

Since the ATTiny85 has only five I/O lines, [David] had to get a bit clever to read four buttons, display output on four LEDs, and drive a little speaker. The solution was to dedicate one pin to the speaker and the other four to charlieplexing, which is a method of driving more LEDs than you have pins. It takes advantage of the fact that most microcontroller pins can easily switch state between output high, output low, or high-impedance input.

As for the buttons, [David] charlieplexed them as well. Instead of putting an LED in a charlieplexed “cell”, the cell contains a diode and an SPST switch in series with the diode. To read the state of the switch, one I/O line is first driven low and the other I/O line is made an input with a pullup. A closed switch reads low on the input, and an open switch reads high. With charlieplexing, four pins is sufficient for up to twelve LEDs (or buttons) in any combination, which is more than enough for the Secret Maze.

Charlieplexing is also what’s behind this 110 LED micro-marquee display, or this elegant 7-segment display concept that takes advantage of modern PCB manufacturing options.