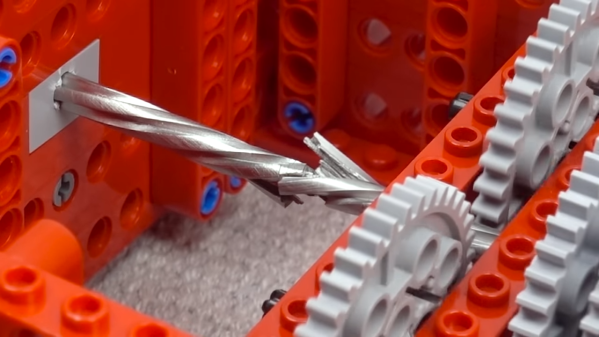 Betteridge’s Law of Headlines holds that any headline ending in a question mark can be answered with a resounding “No”. But as the video below shows, a Lego machine that twists steel asunder is not only possible, it’s an object lesson in metal fatigue. Touché, [Betteridge].

In pitting plastic against metal, the [Brick Experiment Channel] relied on earlier work with a machine that was able to twist a stock plastic axle from the Technics line of parts like a limp noodle. The steel axle in the current work, an aftermarket part that’s apparently no longer available, would not prove such an easy target.

Even after beefing up the test stand with extra Technics struts placed to be loaded in tension, and with gears doubled up and reinforced with extra pins, the single motor was unable to overcome the strength of the axle. It took a second motor and a complicated gear train to begin to deform the axle, but the steel eventually proved too much for the plastic to withstand. Round Two was a bit of a cheat: the same rig with a fresh axle, but this time the motor rotation was constantly switched. The accumulated metal fatigue started as a small crack which grew until the axle was twisted in two.

The [Brick Experiment Channel] is a fun one to check out, and we’ve featured them before. Along with destructive projects like this one, they’ve also got fun builds like this Lego playing card launcher, a Technic drone, and a Lego submarine.

END_OF_DOCUMENT_TOKEN_TO_BE_REPLACED 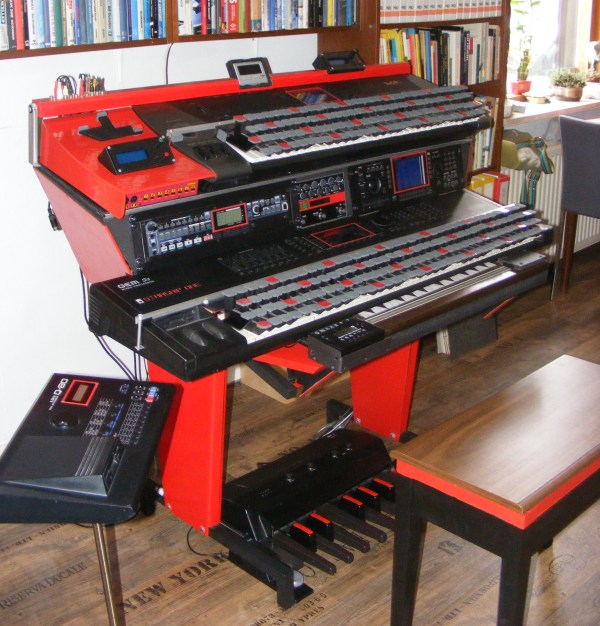 We’ve seen some crazy music production stations over the years. But this synthesizer system may just take the cake. Starship One is the creation of [Marc Brasse]. At first glance, this music battle station looks like it belongs on the bridge of the Enterprise. The resemblance is not entirely unintentional. [Marc] himself says “Commander Data from Star Trek: The Next Generation might actually (have) like(d) it if he did not have such a conservative taste in music.”

At the core of Starship One are two underappreciated synths from the 90’s. The Technics WSA1, and a Gem S3 turbo. Both were keyboards ahead of their time. The WSA1 is a modeling synth, a sound generation trend in the ’90s which sounded great, but never quite caught on. The other strike against it was that it was built by Technics, who had a reputation for building HiFi equipment and home keyboards. Professionals just didn’t pick it up.

The Gem S3 had a similar story — built by a company called General Music, the keyboard was a great design with incredible piano action, but never quite made it. [Marc] wasn’t turned off by the lineage of these two synths. In fact, he embraced them. [Marc] explains more about his philosophy in creating the Starship One in this PDF document.

[Marc] combined these two instruments with Fatar MP1 bass pedals, a ribbon controller, and more additional components than we could ever hope to name here. The frame of the synth is built from a discarded retail CD sales rack. Extruded aluminum pieces came from a sun slat curtain. Just about every part was reused to build one beast of a workstation.

Want more modulation? Check out this ARM based FM synth, or this monster post of open source synths! 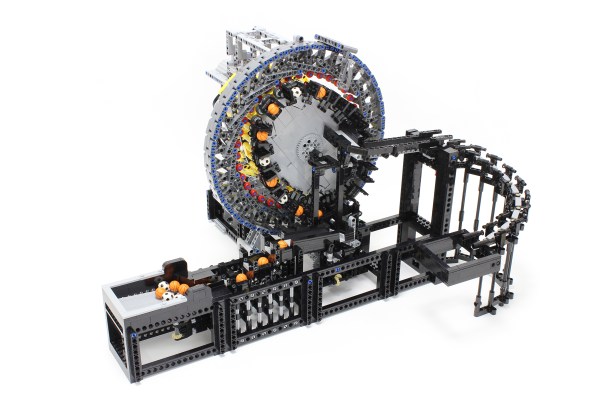 END_OF_DOCUMENT_TOKEN_TO_BE_REPLACED

If you’ve ever seen a rope-braiding machine in action, you know they’re amazing machines where bobbins of thread whirl and spin in a complex dance to weave the threads under and over each other. Building one of these machines must be incredibly difficult; building one out of LEGO Technics pieces is darn near insane.

[Nico71], as hardcore a Technics builder as they come, tackled this complex build and made it work. A large drum spins horizontally and carries three groups of three planetary-mounted thread bobbins. The entire drum spins in one direction while the bobbins and another die with three holes spin the other way. The resulting braids are then fed through another spinning die, and the resulting 9-strand rope is taken up by a winding drum. The drum has a self-reversing feeding mechanism to keep the finished spool neat and tidy. The most impressive thing about the build, though, is the fact that it’s all powered by a single motor, and that everything is synchronized via gears, shafts, sprockets, chains and clutches. It’s a Technics tour de force you can see in action after the break.

[Nico71]’s build are pretty amazing. Some are pure art, others are models of classic cars and motorcycles, but things like his loom and the calculator he’s working on now are remarkable. Of course if you need to see more of the mesmerizing ballet of rope-braiding machines, check out this 16-bobbin hand-cranked version.