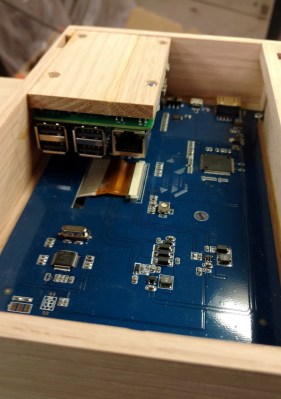 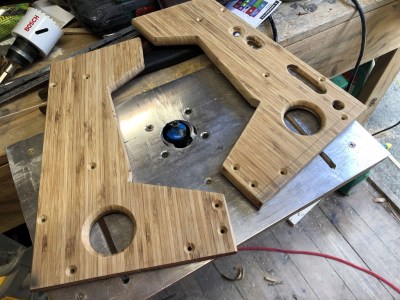 END_OF_DOCUMENT_TOKEN_TO_BE_REPLACED

[Amnon] is learning the hard way that water and electronics don’t always like to play nicely together. He’s been working on creating a swimming fish that uses three servos to flex a sheet of fish-shaped polycarbonate. This photo doesn’t really do the project justice but you can get a better idea of what he’s accomplished by watching the videos after the break.

The three servos along with some distance sensors for obstacle avoidance are all controlled by a PIC 16F877A microcontroller. [Amnon] tried out three different waterproofing methods; coating the device in varnish, dipping it in hot glue, and dipping it in epoxy. The first two resulted in water damage to the electronics, but the third managed to work. It kept the water out, but also prevents reprogramming of the controller.

Although not successful, we would have loved to see the process of dipping the fish in a churning vat of molten glue. Once perfected, this may be the perfect platform for carrying our weapons of doom.