Today, your average desktop 3D printer is a mess of belts, leadscrews, and pulleys. For his Hackaday Prize entry, [DeepSOIC] is eliminating them entirely. How’s he doing this? With a linear stepper motor.

Search Google for ‘linear stepper motor’ and you’ll find a bunch of NEMA-bodied motors with leadscrews down the middle. This is not a linear stepper motor. This is a stepper motor with a leadscrew down the middle. The motor [DeepSOIC] has in mind is more like a mashup of a rack gear and a maglev train. The ‘linear’ part of this motor is a track of magnets perpendicular to the axis of the motor, with alternating polarities. The ‘motor’ part of this motor is a carriage with two field windings. It’s an unrolled stepper motor, basically, and could run a 3D printer much faster without as much slop and backlash.

Right now [DeepSOIC] is in the experimental phase, and he had a plan to print the axis of his linear stepper in ferromagnetic filament. This did not work well. The steel found in electric motors has a magnetic permeability of about 4000, while the magnetic permeability of his brand of ferromagnetic filament is about 2. Even if the idea of printing part of a motor was a complete failure, it was a great success at characterizing the properties of a magnetic 3D printing filament. That makes it a great entry for the Hackaday Prize, and a perfect example of what we’re looking for in the Citizen Science portion of the Prize.

When it comes to the superlatives of aviation, there are aircraft larger than the C-5 Galaxy. [Howard Hughes]’s Spruce Goose has the largest wingspan, and the Soviet and now Ukranian Antonov AN-225 Mriya has the largest cargo capacity. When it flies in the next year or so, Scaled Composites Stratolaunch – a twin-hulled beast of a plane designed to haul rockets up to 30,000 feet – will be the aircraft with the largest wingspan and the greatest cargo capacity.

These superlatives, while completely accurate, fail to realize these huge planes are one of a kind. There is no plan to build a second Stratolaunch, and the second airframe for the AN-225 is rusting away in a field. If you want to find a fleet of enormous aircraft, there’s only one contender: the C5 Galaxy, the largest plane in the US Air Force inventory.

This video, from the USAF Archives circa 1968, goes over the design, construction, and operation of the C5 Galaxy. It covers the program beginnings, the shortcomings of earlier aircraft, and – of course – completely disregards the initial problems of the C5.

END_OF_DOCUMENT_TOKEN_TO_BE_REPLACED 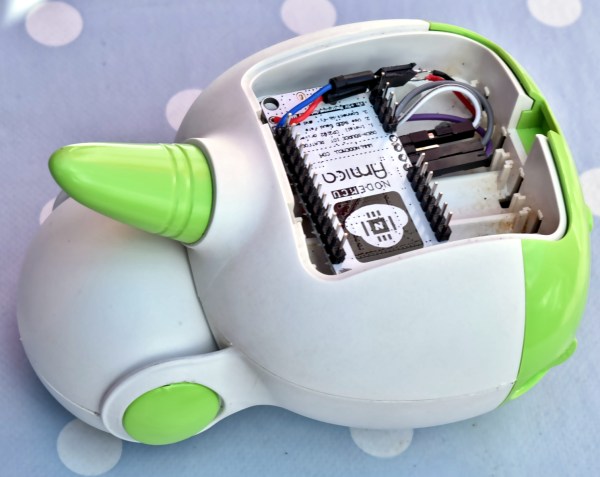 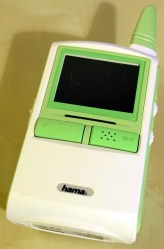 END_OF_DOCUMENT_TOKEN_TO_BE_REPLACED

The Raspberry Pi Foundation founder Eben Upton has revealed in an interview with PCWorld that there will be a new version of the organisation’s Compute Module featuring the faster processor from the latest Raspberry Pi 3 boards, and it will be available “In a few months”.

The Compute Module was always something of an odd one out among the Raspberry Pi range, being a stripped-out Raspberry Pi chipset on a SODIMM form factor card without peripherals for use as an embedded computer rather than the standalone card with all the interfaces we are used to in the other Pi boards. It has found a home as the unseen brains behind a selection of commercial products, and though there are a few interface boards for developers and experimenters available for it we haven’t seen a lot of it in the world of hackers and makers. Some have questioned its relevance when the outwardly similar Pi Zero can be had for a lower price, but this misses the point that the two boards have been created for completely different markets.

The Pi 3’s 1.2 GHz 64-bit quad-core ARM Cortex-A53 BCM2837 SoC will certainly up the ante in the Compute module’s market, but it will be interesting to see what changes if any they make to its form factor. The Foundation’s close ties with Broadcom mean that they have done an impressive job in maintaining backward compatibility at a hardware level between the different generations of their product, but it is unclear whether this extends to the possibility of the new module maintaining a pin-for-pin compatibility with the old. We’d expect this to be an unlikely prospect.

It is certain that we will see a new generation of exciting commercial products emerging based around the new module, but will we see it making waves within our domain? This will depend on its marketing, and in particular the price point and quantity purchase they set for it. The previous board when added to a Compute Module Development board was an expensive prospect compared to a Raspberry Pi Model B that became more unattractive still as newer Pi boards gained more capabilities. If they price this one competitively and perhaps if any cheaper open hardware breakout boards emerge for it, we could have a valuable new platform on our hands.

Here’s our coverage of the original Compute Module launch, back in 2014. 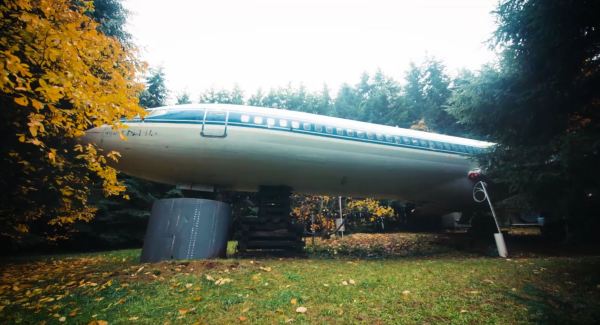 Over the course of 10 years, [Bruce Campbell] has built himself a sleek pad out of a Boeing 727-200 in the middle of the picturesque Oregon countryside.

As you’d expect, there are a number of hurdles to setting up a freaking airplane as one’s home in the woods. Foremost among them, [Campbell] paid $100,000 for the aircraft, and a further $100,000 for transportation and installation costs to get it out to his tract of land — that’s a stiff upfront when compared to a down payment on a house and a mortgage. However, [Campbell] asserts that airplanes approaching retirement come up for sale with reasonable frequency, so it’s possible to find something at a lower price considering the cost of dismantling an airframe often compares to the value of the recovered materials.

Once acquired and transported, [Campbell] connected the utilities through the airplane’s existing systems, as well going about modifying the interior to suit his needs — the transparent floor panels are a nice touch! He has a primitive but functional shower, the two lavatories continue to function as intended, sleeping, dining and living quarters, and a deck in the form of the plane’s wing.

END_OF_DOCUMENT_TOKEN_TO_BE_REPLACED

Making solar cells out of silicon is difficult. There’s plenty of manufacturing steps, many of them at very high temperatures, and you need a high vacuum and a clean room. However, perovskite solar cells–cells made with hybrid organic-inorganic materials in a perovskite crystal structure–are relatively easy to make using wet chemistry involving solvents or vapor deposition.

In theory, silicon solar cells could be 30% efficient, but in reality, 25% seems to be a practical limit with commercial cells typically topping out at 20%. Perovskite cells are nearly that high now, and could be higher by stacking thin layers, each sensitive to different wavelengths of light.

A recent development at the Lawrence Berkeley National Laboratory may lead to even more efficient perovskite cells. Researchers found that certain crystal structures had a much higher efficiency than other structures. The problem now is figuring out how to produce the crystals to increase the prevalence of that structure.

END_OF_DOCUMENT_TOKEN_TO_BE_REPLACED

We’re quite used to multitasking computer systems today. Our desktops run email, a couple of browsers in different workspaces, a word processor, and a few other applications, apparently all at once. Looking behind the scenes using a system monitor or task manager program reveals a multitude of other programs running in support of our activities. Of course, any given CPU is running a maximum of one program at a time. Multitasking is simply the practice of switching between active processes fast enough to give the illusion of simultaneity.

The roots of multiasking go way back. In the early days, when computers cost tons of money, the thought of an idle system was anathema. Teletype IO was slow compared to the processor, and leaving the processor waiting idle for a card reader to slurp in the next card was outrageous. The gurus of the time worked to fill that idle time with productive work. That eventually led to systems that would run multiple programs at one time, and eventually to more finely grained multitasking within a program.

Modern multitasking depends on support from the underlying API of an operating system. Each OS uses its own techniques, making it difficult to write portable code. The C++ 2011 standard increased the portability of the language by adding concurrency routines to the Standard Template Library (STL). These routines use the API of the OS. For instance, the Linux version uses the POSIX threading library, pthread. The result is a minimal, but useful, capability for building upon in later standards. The C++ 2017 standard development activities include work on parallelism and concurrency.

In this article, I’ll work through some of the facilities for and pitfalls in writing threaded code in C++.