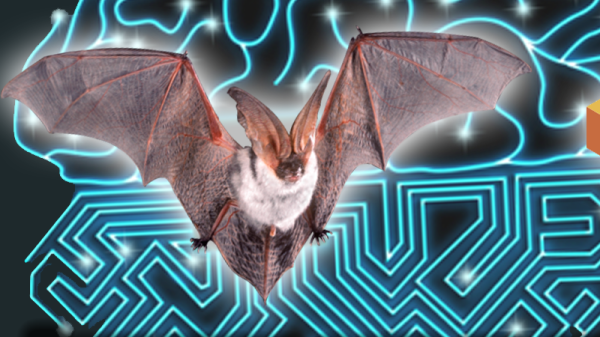 [Roland Meertens] has a bat detector, or rather, he has a device that can record ultrasound – the type of sound that bats use to echolocate. What he wants is a bat detector. When he discovered bats living behind his house, he set to work creating a program that would use his recorder to detect when bats were around.

[Roland]’s workflow consists of breaking up a recording from his backyard into one second clips, loading them in to a Python program and running some machine learning code to determine whether the clip is a recording of a bat or not and using this to determine the number of bats flying around. He uses several Python libraries to do this including Tensorflow and LibROSA.

The Python code breaks each one second clip into twenty-two parts. For each part, he determines the max, min, mean, standard deviation, and max-min of the sample – if multiple parts of the signal have certain features (such as a high standard deviation), then the software has detected a bat call. Armed with this, [Roland] turned his head to the machine learning so that he could offload the work of detecting the bats. Again, he turned to Python and the Keras library. 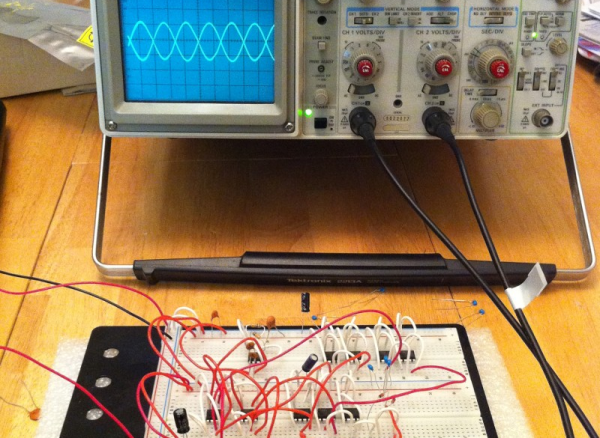 Hardly a week goes by that we don’t post a project where at least one commenter will lament that the hacker could have just used a 555. [Peter Monta] clearly gets that point of view. For a 555 design contest, he created both digital logic gates and an op amp, all using 555 chips. We can’t quite imagine the post apocalyptic world where the only surviving electronic components are 555 chips, but if that day were to come, [Peter] is your guy.

Using the internal structure of the 555, [Peter] formed a basic logic gate, an inverter, latches, and more. He also composed things like counters and seven-segment decoders. He had a very simple 4-bit CPU design in Verilog that he was going to attempt until he realized it would map into almost 400 chips (half of that if you’d use a dual 555, but still). If you built this successfully, we would probably post it, by the way.  You can see a video of the digital logic counter, below.

END_OF_DOCUMENT_TOKEN_TO_BE_REPLACED 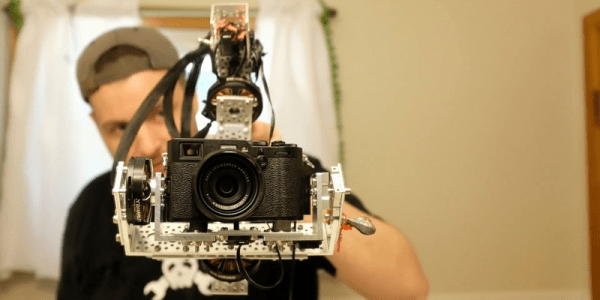 For anything involving video capture while moving, most videographers, cinematographers, and camera operators turn to a gimbal. In theory it is a simple machine, needing only three sets of bearings to allow the camera to maintain a constant position despite a shifting, moving platform. In practice it’s much more complicated, and gimbals can easily run into the thousands of dollars. While it’s possible to build one to reduce the extravagant cost, few use 100% off-the-shelf parts like [Matt]’s handheld gimbal.

[Matt]’s build was far more involved than bolting some brackets and bearings together, though. Most gimbals for filming are powered, so motors and electronics are required. Not only that, but the entire rig needs to be as balanced as possible to reduce stress on those motors. [Matt] used fishing weights to get everything calibrated, as well as an interesting PID setup.

Be sure to check out the video below to see the gimbal in action. After a lot of trial-and-error, it’s hard to tell the difference between this and a consumer-grade gimbal, and all without the use of a CNC machine or a 3D printer. Of course, if you have access to those kinds of tools, there’s no limit to the types of gimbals you can build.

END_OF_DOCUMENT_TOKEN_TO_BE_REPLACED

DEF CON 25’s theme was retro-tech, and [xres0nance] wasn’t kidding around in the retro badge he built for the convention. The badge was mostly built out of actual parts from the ’80s and ’90s, including the perfboard from Radio Shack—even the wire and solder. Of the whole project just the resistors and 555 were modern parts, and that’s only because [xres0nance] ran out of time.

[xres0nance]  delayed working on the badge until his flight, throwing the parts in a box, and staggering to the airport in the midst of a “three-alarm hangover”. He designed the badge on the plane, downloading datasheets over in-flight WiFi and sketching out circuits in his notebook.

The display is from an old cell phone, and it uses a matrix of diodes to spell out DEFCON without the help of a microcontroller. Each letter is powered by a transistor, with specific pins blocked out to selectively power the segments. He used a shift register timed by a 555 to trigger each letter in turn, with the display scrolling the resulting message.

We publish a lot of posts about con badges. See our DEF CON 2015 badge summary for a bunch of badges that we encountered at in Vegas. 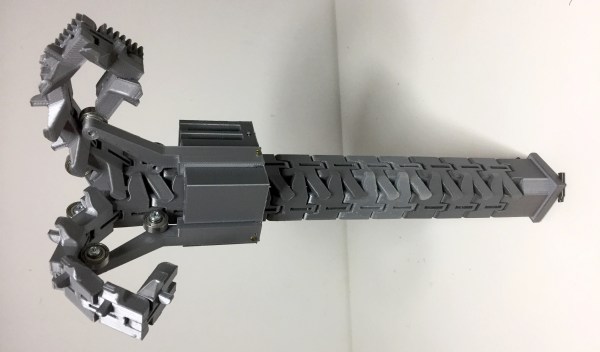 While [Elon Musk] and [Jeff Bezos] are working on getting us to Mars and the Moon, [Ronald Jaramillo] is working on building structures once we get there. To that end, he’s been developing the ZBeam, two rolls of links that zip together like a zipper to form a rigid beam.

Initially stored in a compact cube targeted to eventually fit in a CubeSat’s dimension’s, 100 mm x 100 mm x 100 mm, the beam emerges from within the cube and will be able to connect with other cubes to form rigid structures. His hope is that they can one day be made automatically from lunar or Martian regolith (loose surface dirt) munching machines. His current one has 160 mm sides and uses a servo hacked to turn continuously.

In his hackaday.io project logs he shows the trial and error he’s gone through to get to his current stage: experimenting with the links to form a more rigid beam, fine tuning the unreeling of the rolls of links to prevent jamming, adding a safety-ratchet-gear to the gearing to overcome speed issues, and more. He currently 3D prints as many connected sets of links as he can on his Prusa i3, and then manually connects sets together to make a longer chain, but he has his eye on the Printrbot Printrbelt for printing arbitrarily long chains in one piece.

You can see one pretty impressive iteration of the ZBeam in action in the video below and more is on his project page. In fact, the judges for the 2017 Hackaday Prize liked [Ronald]’s projects so much that they designated it as a Best Product finalist.

END_OF_DOCUMENT_TOKEN_TO_BE_REPLACED 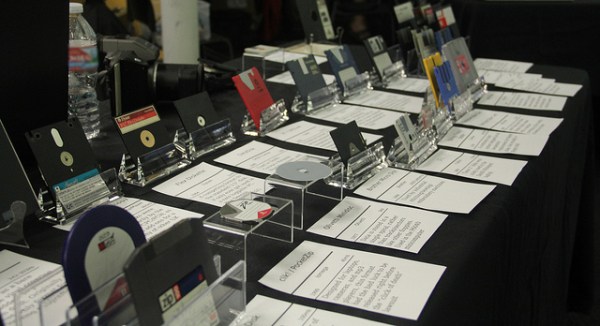 This past weekend, another smashing round of the Vintage Computer Festival was held at the Computer History Museum in Mountainview. As always, VCF West gathers the sages and lords of vintage computers onto a common ground to talk old-school hardware. It also draws in a collection of unique artifacts, many of which either still work, have been brought back to life, or have otherwise been reincarnated through a modern means. [Bil Herd] and I dropped in to join the crowd, and I snagged a few pics of some new faces and pieces that have been added to the experience since last year.

Up first on our bucket list was [Foone], a librarian of digital media archiving. Outside of VCF, he runs a digital media backup gig to help folks backup their niche, often-failing, disk formats into something more modern. His drive for doing this backup features a special “reread” capability, where the file is actually reread dozens of time to validate that the right information was pulled from it.