END_OF_DOCUMENT_TOKEN_TO_BE_REPLACED

If binary clocks have you confused by all the math required to figure out what time it is, we have the solution for you: a unary clock. After all, what’s simpler than summing up powers of two? Powers of one! To figure out the time, you start with the ones digit. If it’s on, you add one to the total. Then move on to the next digit. Since 12 equals one, you add another one if it’s lit. Then on to the third LED. 13 = 1, so if it’s lit, you add another one, and so on.

OK, we’re messing around. Calling this a “unary” clock is ridiculous. When it’s seven o’clock, there are seven LEDs lit. Nice and easy to read. Sixty minute LEDs is silly, so here each minute LED stands for five minutes. Good enough.

What we really like about this clock is the build. It’s intended as educational for school kids, so it has to be simple to build and easy to personalize. Building the body out of Lego bricks fits the specs nicely. Transparent Lego bricks are used to give the white LEDs some color. That was too bright, so [Shrimping It] added paper cutouts from a hole punch as diffusers.

Clock builds are a great intro to electronics because they offer so many possibilities. Whether you want to go geary, use the clock as an excuse to try out fabrication techniques, or showcase a neat display technology, your imagination has a lot of room to wander. Show us yours? 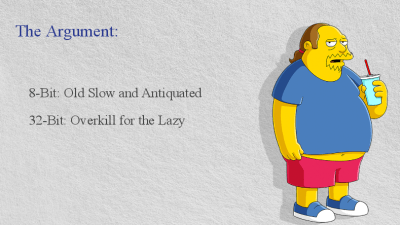 END_OF_DOCUMENT_TOKEN_TO_BE_REPLACED

If you’re a networking professional, there are professional tools for verifying that everything’s as it should be on the business end of an Ethernet cable. These professional tools often come along with a professional pricetag. If you’re just trying to wire up a single office, the pro gear can be overkill. Unless you make it yourself on the cheap! And now you can.

[Kristopher Marciniak] designed and built an inexpensive device that verifies the basics:

What’s going on under the hood? A Raspberry Pi, you’d think. A BeagleBoard? Our hearts were warmed to see a throwback to a more civilized age: an ENC28J60 breakout board and an Arduino Uno. That’s right, [Kristopher] replicated a couple-hundred dollar network tester for the price of a few lattes. And by using a pre-made housing, [Kristopher]’s version looks great too. Watch it work in the video just below the break.

Building an embedded network device used to be a lot more work, but it could be done. One of our favorites is still [Ian Lesnet’s] webserver on a business card from way back in 2008 which also used the ENC28J60 Ethernet chip.
END_OF_DOCUMENT_TOKEN_TO_BE_REPLACED

Last month, I talked about how to get started with mBed and ARM processors using a very inexpensive development board. I wanted to revisit mBed, though, and show something with a little more substance. In particular, I often have a need for a simple and portable waveform generator. It doesn’t have to be too fancy or meet the same specs as some of the lab gear I have, but it should be easy to carry, power off USB, and work by itself when required.

My requirements mean I needed a slightly more capable board. In particular, I picked up a K64F board. This is very similar to the KL25Z board but has a bit more of everything–speed, memory, etc. What I really wanted, though, was the SD card slot. I did, however, do my early testing on a KL25Z, so if you have one, you can still work through the code, although standalone operation won’t be possible. The price jumps from $13 to $35, but you get a lot more capability for the price.

END_OF_DOCUMENT_TOKEN_TO_BE_REPLACED 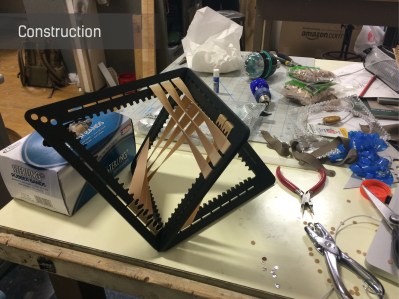