Many things that humans do are very difficult for machines. Case in point: tying shoelaces. Think of the intricate dance of fingers crossing over fingers that it takes to pass off a lace from one hand to the other. So when a team of five students from UC Davis got together and built a machine that got the job done with two hooks, some very clever gears, and two motors, we have to say that we’re impressed. Watch it in action on Youtube (also embedded below).

The two-motor constraint would seem at first to be a show-stopper, but now that we’ve watched the video about a hundred times, we’re pretty convinced that a sufficiently clever mechanical engineer could do virtually anything with two motors and enough gears. You see, the secret is that one motor is dedicated to moving a drive gear back and forth to multiple destinations, and the other motor provides the power.

This being Hackaday, I’m sure that some of you are saying “I could do that with one motor!” Consider that a challenge.

Meanwhile, if you need to see more gear-porn, check out this hummingbird automaton. Or for the miracles of cam-driven machines, check out [Fran Blanche]’s work with the Maillardet Automaton.

END_OF_DOCUMENT_TOKEN_TO_BE_REPLACED 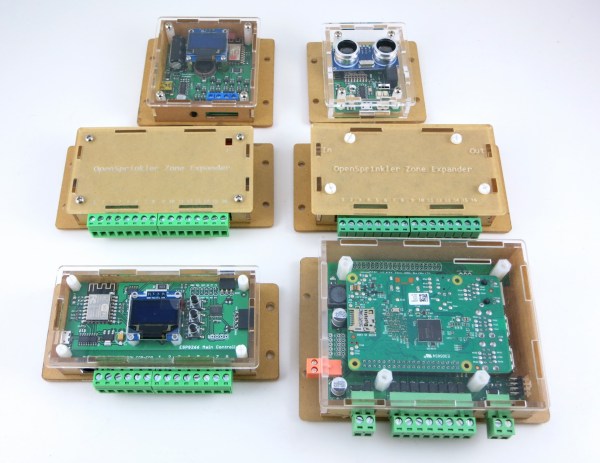 Once a project is finished, it might still need a decent enclosure. While it’s possible to throw a freshly soldered PCB in a standard enclosure, or piece of Tupperware, or cardboard box, these options don’t have the fit and finish of something custom-made. If you have a laser cutter sitting around, it’s a simple matter to cut your own enclosure, but now that process is much easier thanks to [Ray]’s latest project.

Since [Ray] was already using Eagle to design his PCBs, it seemed like a short step to using the Eagle files to design the enclosure as well. The script runs from those files and creates everything necessary to send to the laser cutter for manufacturing. Right now, [Ray] points out that the assembly time for each enclosure can be high, and this method might not be suited for large numbers of enclosures. Additionally, some of the calculations still need to be done by hand, but there are plans to automate everything in the future.

For single projects, though, this script could cut a lot of time off of designing an enclosure and building it from scratch, and could also help improve aesthetics over other options like 3D printed enclosures. Of course, if you have a quality 3D printer around but no laser cutter, there are options for custom enclosures as well.

So far, humans have had the edge in the ability to identify objects by touch. but not for long. Using Google’s Project Soli, a miniature radar that detects the subtlest of gesture inputs, the [St. Andrews Computer Human Interaction group (SACHI)] at the University of St. Andrews have developed a new platform, named RadarCat, that uses the chip to identify materials, as if by touch.

Realizing that different materials return unique radar signals to the chip, the [SACHI] team combined it with their recognition software and machine learning processes that enables RadarCat to identify a range of materials with accuracy in real time! It can also display additional information about the object, such as nutritional information in the case of food, or product information for consumer electronics. The video displays how RadarCat has already learned an impressive range of materials, and even specific body parts. Can Skynet be far behind?

END_OF_DOCUMENT_TOKEN_TO_BE_REPLACED 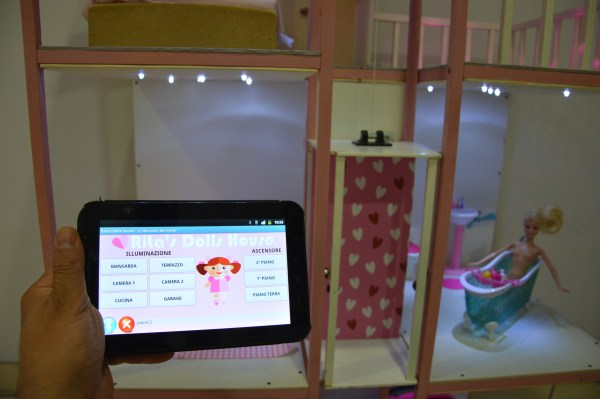 END_OF_DOCUMENT_TOKEN_TO_BE_REPLACED

Growing your own food is a fun hobby and generally as rewarding as people say it is. However, it does have its quirks and it definitely equires quite the time input. That’s why it was so satisfying to watch Farmbot push a weed underground. Take that!

Farmbot is a project that has been going on for a few years now, it was a semifinalist in the Hackaday Prize 2014, and that development time shows in the project documented on their website. The robot can plant, water, analyze, and weed a garden filled with arbitrarily chosen plant life. It’s low power and low maintenance. On top of that, every single bit is documented on their website. It’s really well done and thorough. They are gearing up to sell kits, but if you want it now; just do it yourself.

The bot itself is exactly what you’d expect if you were to pick out the cheapest most accessible way to build a robot: aluminum extrusions, plate metal, and 3D printer parts make up the frame. The brain is a Raspberry Pi hooked to its regular companion, an Arduino. On top of all this is a fairly comprehensive software stack.

The user can lay out the garden graphically. They can get as macro or micro as they’d like about the routines the robot uses. The robot will happily come to life in intervals and manage a garden. They hope that by selling kits they’ll interest a whole slew of hackers who can contribute back to the problem of small scale robotic farming. 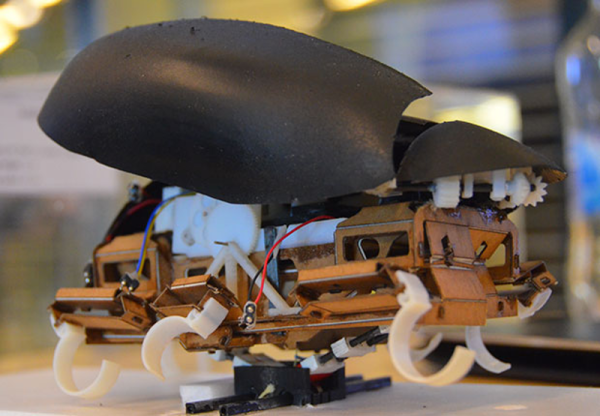