END_OF_DOCUMENT_TOKEN_TO_BE_REPLACED

We were doing our daily harvest of YouTube for fresh hacks when we stumbled on a video that eventually led us to this conversion of a 1980s Armatron robot to steam power.

The video in question was of [The 8-bit Guy] doing a small restoration of a 1984 Radio Shack Armatron toy. Expecting a mess of wiring we were absolutely surprised to discover that the internals of the arm were all mechanical with only a single electric motor. Perhaps the motors were more expensive back then?

The arm is driven by a Sarlacc Pit of planetary gears. These in turn are driven by a clever synchronized transmission. It’s very, very cool. We, admittedly, fell down the google rabbit hole. There are some great pictures of the internals here. Whoever designed this was very clever.

The robot arm can do full 360 rotations at every joint that supports it without slip rings. The copper shafts were also interesting. It’s a sort of history lesson on the prices of metal and components at the time.

Regardless, the single motor drive was what attracted [crabfu], ten entire years ago, to attach a steam engine to the device. A quick cut through the side of the case, a tiny chain drive, and a Jensen steam engine was all it took to get the toy converted over. Potato quality video after the break.

END_OF_DOCUMENT_TOKEN_TO_BE_REPLACED 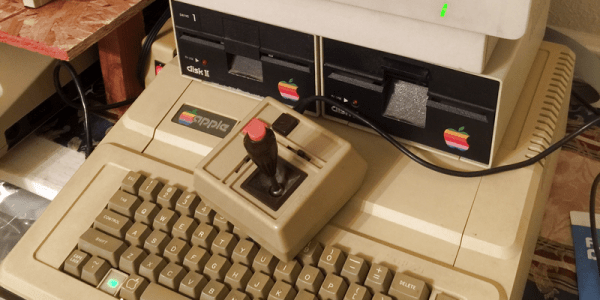 We all remember the video games of our youth fondly, and many of us want to relive those memories and play those games again. When we get this urge, we usually turn first to emulators and ROMs. But, old console and computer games relied heavily on the system’s hardware to control the actual gameplay. Most retro consoles, like the SNES for example, rely on the hardware clock speed to control gameplay speed. This is why you’ll often experience games played on emulators as if someone is holding down the fast forward button.

The solution, of course, is to play the games on their original systems when you want a 100% accurate experience. This is what led [FozzTexx] back to gameplay on an Apple II. However, he quickly discovered that approach had challenges of its own – specifically when it came to the joystick.

The Apple II joystick used a somewhat odd analog potentiometer design – the idea being that when you pushed the joystick far enough, it’d register as a move (probably with an eye towards smooth position-sensitive gameplay in the future). This joystick was tricky, the potentiometers needed to be adjusted, and sometimes your gameplay would be ruined when you randomly turned and ran into a pit in Lode Runner.

The solution [FozzTexx] came up with was to connect a modern USB gamepad to a Raspberry Pi, and then set it to output the necessary signals to the Apple II. This allowed him to tune the output until the Apple II was responding to gameplay inputs consistently. With erratic nature of the original joystick eliminated, he could play games all day without risk of sudden unrequested jumps into pits.

The Apple II joystick is a weird beast, and unlike anything else of the era. This means there’s no Apple II equivalent of plugging a Sega controller into an Atari, or vice versa. If you want to play games on an Apple II the right way, you either need to find an (expensive) original Apple joystick, or build your own from scratch. [FozzTexx] is still working on finalizing his design, but you can follow the gits for the most recent version. 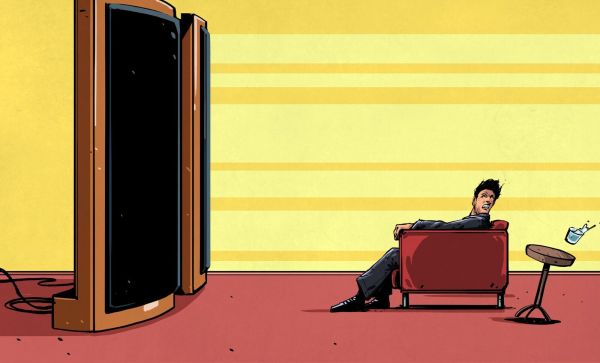 If you have an interest in audio there are plenty of opportunities for home construction of hi-fi equipment. You can make yourself an amplifier which will be as good as any available commercially, and plenty of the sources you might plug into it can also come into being on your bench.

There will always be some pieces of hi-fi equipment which while not impossible to make will be very difficult for you to replicate yourself. Either their complexity will render construction too difficult as might be the case with for example a CD player, or as with a moving-coil loudspeaker the quality you could reasonably achieve would struggle match that of the commercial equivalent. It never ceases to astound us what our community of hackers and makers can achieve, but the resources, economies of scale, and engineering expertise available to a large hi-fi manufacturer load the dice in their favour in those cases.

The subject of this article is a piece of extreme high-end esoteric hi-fi that you can replicate yourself, indeed you start on a level playing field with the manufacturers because the engineering challenges involved are the same for them as they are for you. Electrostatic loudspeakers work by the attraction and repulsion of a thin conductive film in an electric field rather than the magnetic attraction and repulsion you’ll find in a moving-coil loudspeaker, and the resulting very low mass driver should be free of undesirable resonances and capable of a significantly lower distortion and flatter frequency response than its magnetic sibling.
END_OF_DOCUMENT_TOKEN_TO_BE_REPLACED 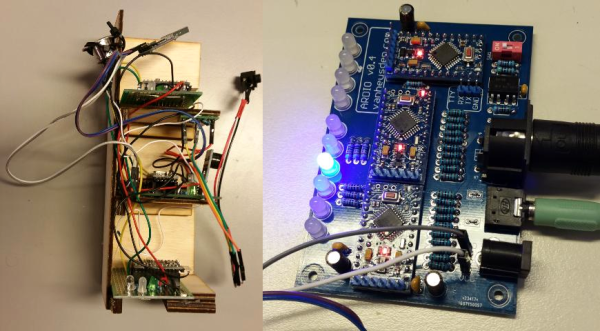 [Folkert van Heusden] sent us in his diabolical MIDI device. Ardio is a MIDI synthesizer of sorts, playing up to sixteen channels of square waves, each on its separate Arduino output pin, and mixed down to stereo with a bunch of resistors. It only plays square waves, and they don’t seem to be entirely in tune, but it makes a heck of a racket and makes use of an interesting architecture.

Ardio is made up of three separate el cheapo Arduino Minis, because…why not?! One Arduino handles the incoming MIDI data and sends note requests out to the other modules over I2C. The voice modules receive commands — play this frequency on that pin — and take care of the sound generation.

None of the chips are heavily loaded, and everything seems to run smoothly, despite the amount of data that’s coming in. As evidence, go download [Folkert]’s rendition of Abba’s classic “Chiquitita” in delicious sixteen-voice “harmony”. It’s a fun exercise in using what’s cheap and easy to get something done.