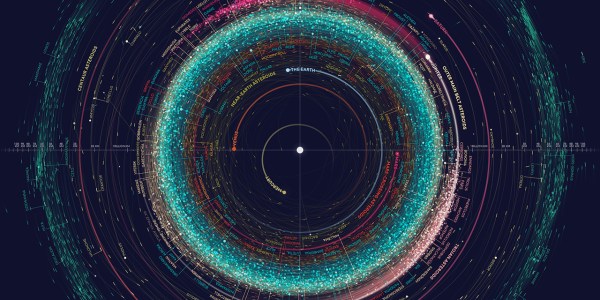 Photoshop can take a bad picture and make it look better. But it can also take a picture of you smiling and make it into a picture of your frowning. Altering images and video can of course be benign, but it can also have nefarious purposes. Adobe teamed up with researchers at Berkeley to see if they could teach a computer to detect a very specific type of photo manipulation. As it turns out, they could.

Using a Photoshop feature called face-aware liquify, slightly more than half of the people tested could tell which picture was the original and which was retouched to alter the facial expression. However, after sufficient training, Adobe’s neural network could solve the puzzle correctly 99% of the time.

END_OF_DOCUMENT_TOKEN_TO_BE_REPLACED

For [Peter]’s entry for the 2015 Hackaday Prize, he’s attempting to improve the standard industrial process to fix atmospheric nitrogen. Why? Fertilizers. He’s come up with an interesting technique that uses acoustic transducers in a pressure vessel, and to power that transducer, he’s turned to the greatest scrap heap in the world: eBay. He found a cheap ultrasonic power supply, but didn’t know offhand if it would work with his experiments. That’s alright; it’s a great opportunity to demo some basic reverse engineering skills.

A few months ago, [Dave Jones] posted a great video where he reverse engineers the front end of the new Rigol Zed. The basic technique is to make a photocopy, get some transparency sheets, grab a meter, and go to town. [Peter]’s technique is similar, only he’s using digital image manipulation, Photoshop, and a meter.

The process begins by taking pictures of both sides of the board, resizing them, flipping one side, and making an image with several layers. The traces on the bottom of the board were flooded and filled with the paint bucket tool, and components and traces carefully annotated.

With some effort, [Peter] was able to create a schematic of his board. He doesn’t know if this power supply will work with his experiments; there’s still some question of what some components actually do. Still, it’s a good effort, a great learning opportunity, and another log in [Peter]’s entry to The Hackaday Prize

We know it’s shopped, but we can’t tell because of the pixels. PhD student [Kevin Karsch] along with a few other friends will be presenting their methods to render objects into preexisting photos at SIGGRAPH Asia next month.

The paper (PDF…) covers how [Kevin] et al. go about putting impossible objects into photos. The user first defines the geometry of the picture; legs of tables are defined and the table top is extruded from these legs. The lights are then defined by drawing a bounding box and with a little bit of algorithmic trickery, a 3D object is inserted into the scene.

Comparing the results to the original picture is jaw-dropping. For us, photoshopping a bunch of billiard balls on a pool table would take hours, and it would never look quite right. [Kevin]’s work for SIGGRAPH can do the whole scene in minutes and produces results we couldn’t dream of.

There’s no downloadable software yet, but the algorithms are there. Check out the video demo of the techniques and results after the break.

END_OF_DOCUMENT_TOKEN_TO_BE_REPLACED Looking to spice up his living room with some modular plastic pieces, [Quentin] came up with a way to take digital pixels and convert them to LEGO building plans. The end result is a coffee table top that uses a font complete with anti-aliasing.

The first thing he did was figure out physical dimension and color palettes available from the popular building blocks. His search yielded all of the answers after he spent some time on Brickipedia. Armed with that knowledge he started bargain hunting, settling on a brick size that yielded adequate resolution without breaking the bank (he budgeted 87 Euros or about $125 for materials). From there he used Photoshop, along with a custom color palate that matches the LEGO colors, to generate the design. Image in hand, he finished the planning stage by writing a program to count the pixels, convert them into LEGO bricks, and spit out an order list and build instructions. He’s saving others the trouble of doing the same by releasing his source code.

Of course the project wouldn’t be nearly as fun if he hadn’t made a fast-time build video. We’ve embedded it after the break.

END_OF_DOCUMENT_TOKEN_TO_BE_REPLACED

A late hacking session, and parts-on-hand came together as the inspiration for [BadWolf’s] magnified glasses with LED lighting.

This orb, when swung like a pendulum, prints images by dropping ink out the bottom. A processing sketch works in conjuction with a Wii Remote and an IR LED in the orb to sense when the print head is in just the right position for dispensing ink.

[Flemming] uses a PCB fab house called ITead Studio. We hadn’t heard of it before but if you consider giving it a try make sure you look over his tips and tricks about the service before submitting your designs.

[Spi] wrote in to let us know about this Bookmarklet he came across that lets you turn any webpage into a Katamari Damacy level. It’s a pretty clever bit of code.

Here’s a pen concept inspired by Photoshop. On one end there’s a scanner that lets you pick your color from any physical object. Then just turn it around and write with the exact same color. Now go out and make this reality! [Thanks Frank]

Yesterday we issued a barcode challenge in honor of the Barcode’s birthday. Congratulations to [The Moogle] for winning this challenge. His submission offers a very detailed explanation of how he solved the puzzle using Photoshop, OpenOffice Calc, and some web resources. We’ve got a detailed writeup on it after the break.

Honorable mentions go to [nex] for putting up a Java solution and to [jwmaag] for showing a Python solution. Finally, kudos to all who used a CueCat in one way or another to decode the string. Just having one of those still around is pretty hack-it-y.

Because of the ubiquity of Barcode scanners and online image translation programs the challenge might have been a bit too easy. Do you think you’re up for a greater challenge? Download the new barcode and get to work. This one should be quite a bit harder to decipher. Once again, leave a comment that includes the message stored in the Barcode. Please remember, only entries that solve the puzzle and include a full description of the process will be considered. Good luck, and let the games begin.

Update: It only took [JP] 19 minutes to post a correct solution to the new Barcode.  Great work!