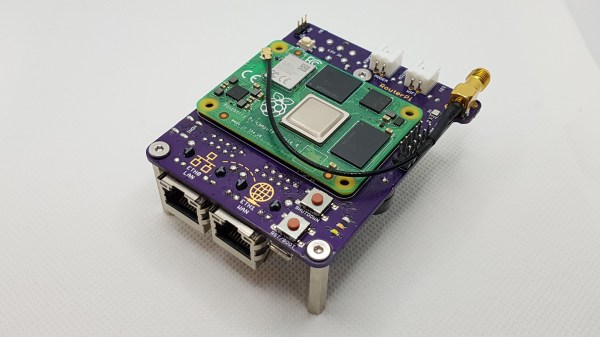 [Zak Kemble] likes to build things, and for several years has been pining over various Raspberry Pi products with an eye on putting them into service as a router. Sadly, none of them so far provided what he was looking for with regard to the raw throughput of the Gigabit Ethernet ports. His hopes were renewed when the Compute Module 4 came on scene, and [Zak] set out to turn the CM4 module into a full Gigabit Ethernet router. The project is documented on his excellent website, and sources are provided via a link to GitHub.

Of course the Compute Module 4 is just a module- it’s designed to be built into another product, and this is one of the many things differentiating it from a traditional Raspberry Pi. [Zak] designed a simple two layer PCB that breaks out the CM4’s main features. But a router with just one Ethernet port, even if it’s GbE, isn’t really a router. [Zak] added a Realtek RTL8111HS GbE controller to the PCIe bus, ensuring that he’d be able to get the full bandwidth of the device.

The list of fancy addons is fairly long, but it includes such neat hacks as the ability to power other network devices by passing through the 12 V power supply, having a poweroff button and a hard reset button, and even including an environmental sensor (although he doesn’t go into why… but why not, right?).

Testing the RouterPi uncovered some performance bottlenecks that were solved with some clever tweaks to the software that assigned different ports an tasks to different CPU cores. Overall, it’s a great looking device and has been successfully server [Zak] as a router, a DNS resolver, and more- what more can you ask for from an experimental project?

This CM4 based project is a wonderful contrast to Cisco’s first network product, which in itself was innovative at the the time, but definitely didn’t have Gigabit Ethernet. Thanks to [Adrian] for the tip!

Ah, the ever-present PDF, and our love-hate relationship with the format. We’ve lost count of how many vulnerabilities have been fixed in PDF software, but it’s been a bunch over the years. This week, we’re reminded that Adobe isn’t the only player in PDF-land, as Foxit released a round of updates, and there were a couple serious problems fixed. Among the vulnerabilities, a handful could lead to RCE, so if you use or support Foxit users, be sure to go get them updated.

Remember PunkBuster? It’s one of the original anti-cheat solutions, from way back in 2000. The now-classic Return to Castle Wolfenstein was the first game to support PunkBuster to prevent cheating. It’s not the latest or greatest, but PunkBuster is still running on a bunch of game servers even today. [Daniel Prizmant] and [Mauricio Sandt] decided to do a deep dive project on PunkBuster, and happened to find an arbitrary file-write vulnerability, that could easily compromise a PB enabled server.

One of the functions of PunkBuster is a remote screenshot capture. If a server admin thinks a player is behaving strangely, a screenshot request is sent. I assume this targets so-called wallhack cheats — making textures transparent, so the player can see through walls. The problem is that the server logic that handles the incoming image has a loophole. If the filename ends in .png as expected, some traversal attack checks are done, and the png file is saved to the server. However, if the incoming file isn’t a png, no transversal detection is done, and the file is naively written to disk. This weakness, combined with the stateless nature of screenshot requests, means that any connected client can write any file to any location on the server at any time. To their credit, even Balance, the creators of PunkBuster, quickly acknowledged the issue, and have released an update to fix it.

END_OF_DOCUMENT_TOKEN_TO_BE_REPLACED 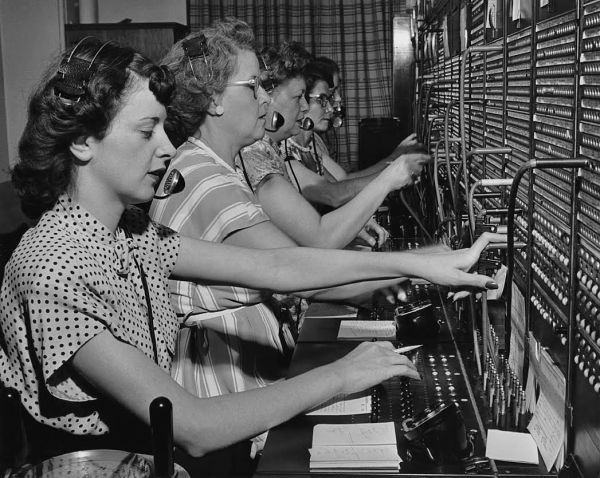 Many G1/ADP1 owners have been using the app Tetherbot to get internet access on their laptop via USB to the phone’s data connection. The app relied on the Android Debug Bridge to forward ports. It worked, but people wanted a solution better than a SOCKS proxy. The community figured out a way to create a properly NAT’d connection using iptables and then [moussam] rolled them up into easy to use applications. There’s one for setting up a PAN device on Bluetooth and another for adhoc WiFi networking. It requires you to have root on your phone, but hopefully you’ve achieved that and are already running the latest community firmware.

Zero Day has an interview with German researchers who have found a way to take down the Storm Worm botnet. Their program, Stormfucker, takes advantage of flaws in Storm’s command network: Nodes that are NAT‘d only use a four-byte XOR challenge. Nodes that aren’t NAT’d are only using a trivial 64bit RSA signature. Their solution can clean infected machines and also distribute to other nodes. Unfortunately, installing software without the user’s consent is the exact same behavior as malware. Don’t expect to see this in any sort of widespread use. The researchers did point out that some ISPs have moved to shutting off service for infected customers until their machines are cleaned.