There’s nothing wrong with the rough experiments like hanging a 1 L bottle of water from the end of a rectangular test print to compare strengths. We also have our rules-of-thumb, like expecting the print to perform at 30% of injection molded strength. But these experiments are primitive and the guidelines are based on hearsay. Like early metallurgy or engineering; 3D printing is full of made-up stuff.

What [Sam] has done here is really amazing. He’s produced a model of a printed ABS part and experimentally verified it to behave close enough to the real thing. He’s also set a method for testing and proposed a new set of questions. If it couldn’t be better, he also included his full research notebook. Make sure to read the FDMProperties-report (PDF) in the files section of Hackaday.io.

If research like this is being done elsewhere, it’s either internal to a large 3D printer manufacturer, or it’s behind a paywall so thorough only the Russians can help a regular peasant get through to them. Anyone with access to a materials testing lab can continue the work (looking at you every single engineering student who reads this site) and begin to help everyone achieve an understanding of 3D printed parts that could lead to some really cool stuff one day.

How many instructions does [agp.cooper’s] computer have? Just one. How many strip boards does it use? Apparently,  five 41-track boards. While being one shy from the answer to life, it is still a lot of boards for a single instruction. The high board count is due to the use of 1970’s vintage ICs including TTL parts, 2114 RAM chips, and 74S571 PROMs.

There are several different architectures for single instruction computers and [agp’s] uses what is technically at TTA (transfer-triggered architecture). That is, the one instruction is a move and the destination or source of the move determines the operation. For example, the Wierd CPU (that’s the name of it) has a P and Q register. If you load those registers and then the ADD register will contain the sum of the two numbers.

END_OF_DOCUMENT_TOKEN_TO_BE_REPLACED

The things Hackaday readers come up with and post over on Hackaday.io never cease to amaze us. If you’ve never checked it out, be careful — you can easily spend hours (or weeks) of your life just skimming through the projects that have been logged there. Many of the builds use modern development tools like Arduino and Raspberry Pi, but every so often we come across a project that takes a more difficult road.

That’s the case with [Keplermatik’s] Cold War-era satellite-tracking project, also aptly named Keplermatik. This a build that’s still in progress, which just means you’ve got the privilege of following along as it progresses! What makes this project so special? Aside from the fact that it’s purpose is to track satellites, we think the sole use of vintage tech is a very cool and very ambitious goal.

[Keplermatik] plans to split the satellite-tracking console into two sides: an American-tech side for tracking the satellite’s position, and a Soviet-tech side for tuning the radio and positioning the antenna. The idea is that he’ll get to use vintage technology from both sides of the Iron Curtain. That should lead to some very interesting lessons about how these kinds of systems were designed by each side during the Cold War.

The build is still in its adolescence, but is definitely worth following along with. But, if you’re craving more Soviet tech and need it right now, be sure to check out this post on Russian Cold War vacuum tubes.

In order to help his friend prepare for a talk at DEFCON this weekend, [Craig] built an IR photodiode amplifier circuit. The circuit extended the detection range of the hack from a few inches to a few feet. We’re suckers for some well-designed analog circuitry, and if you are too, be sure to check out the video embedded below.

END_OF_DOCUMENT_TOKEN_TO_BE_REPLACED 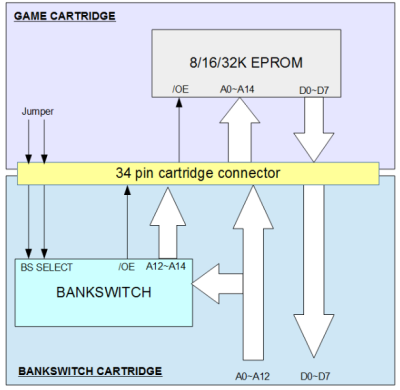 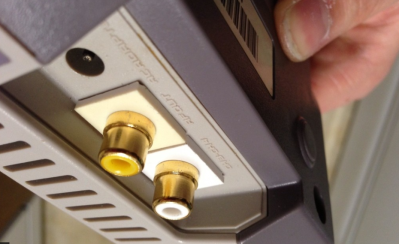 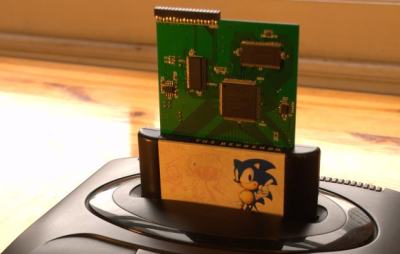 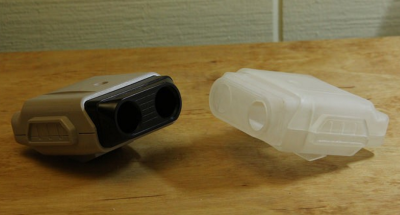 One of the takeaway ideas that we got from BEAM robotics was the idea that the machine itself, rather than tons of processing power, can do a lot. Your hand affords gripping, and humans have made a pretty good living out of manipulating things (he says, typing). None of this is about the brain; it’s all about the mechanism.

Which brings us to the one-motor “Runner” robot. We’ll admit that we were a little bit disappointed to see that it doesn’t run so much as hop, flop, or scoot along on the two legs and that front wheel-nose. Still, it’s an awesome mechanism, and gets the locomotion job done in a very theatrical way. We’re left wondering if using two motors would allow it to steer or just flip over and flail around on its back. Going to a six “leg” design will definitely get the job done, as demonstrated by Boston Dynamics RHex robot.
END_OF_DOCUMENT_TOKEN_TO_BE_REPLACED

Anyone who owns their own pool knows it’s not as simple as filling it up with water and jumping in whenever you want. There’s pool covers to deal with, regular cleaning with the pool vacuum and skimmers, and of course, all of the chemicals that have to be added to keep the water safe. While there are automatic vacuums, there aren’t a whole lot of options for automating the pool chemicals. [Clément] decided to tackle this problem, eliminating one more task from the maintenance of his home. (Google Translate from French.)

The problem isn’t as simple as adding a set amount of chemicals at a predetermined time. The amount of chemicals that a pool owner has to add are dependent on the properties of the water, and the amount of time that’s elapsed since the previous chemical treatment, and the number of people who have been using the water, and whether or not the pool cover is in use. To manage all of this, [Clément] used an ORP/Redox probe and a pH probe, and installed both in the filtration system. The two probes are wired to an Arduino with an ethernet shield. The Arduino controls electrically actuated chemical delivery systems that apply the required amount of chemicals to the pool, keeping it at a nice, healthy balance.
END_OF_DOCUMENT_TOKEN_TO_BE_REPLACED