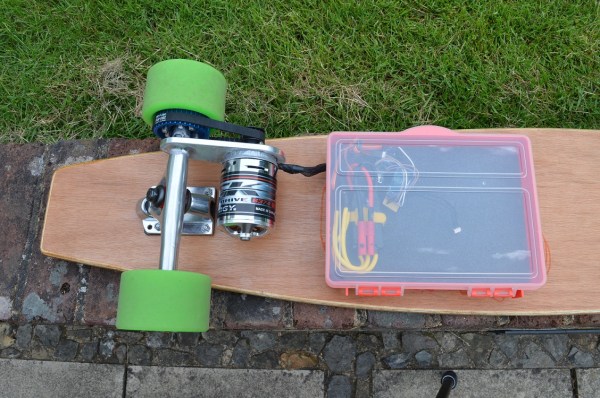 Skateboards are fun, but you have to do all that pesky kicking in order to get anywhere. That’s why [Nick] decided to build his own electric skateboard. Not only is the skateboard powered with an electric motor, but the whole thing can be controlled from a smart phone.

[Nick] started out with a long board deck that he had made years ago. After cleaning it up and re-finishing it, the board was ready for some wheels. [Nick] used a kit he found online that came with the trucks, wheels, and a belt. The trucks have a motor mount welded in place already. [Nick] used a Turnigy SK3 192KV electric motor to drive the wheels. He also used a Turnigy electronic speed controller to make sure he could vary the speed of the board while riding.

Next [Nick] needed some interface between a smart phone and the motor controller. He chose to use an Arduino Nano hooked up to a Bluetooth module. The Nano was able to directly drive the motor controller, and the Bluetooth module made it easy to sync up to a mobile phone. The Android app was written using MIT’s App Inventor software. It allows for basic control over the motor speed so you can cruise in style. Check out the video below for a slide show and some demonstration clips.

It’s a popular project, and eerily similar to the one we saw a couple months back.

END_OF_DOCUMENT_TOKEN_TO_BE_REPLACED

We’ve been admirers of the work [Eric] and friends have been doing over at TubeTime for years. One of the earliest we can remember is the decatron kitchen timer, and we still tell the story of [Eric] purposely leaving out button debouncing in order to make his vector flappy bird even harder.

TubeTime is back at it this year and we had the opportunity to speak with them at Bay Area Maker Faire. The group specializes in working with old tube displays and this year’s offering was spectacular in many ways. First off, the software side of things is an emulator running on an STM32 F4 Discovery board. The chips on these boards have a pair of 12-bit DACs which are driving the X and Y of the vector displays. Code to run the original ROMs was ported from existing projects, but the audio for the games was kind of a hack to get working.

This particular display is where things get really fascinating. The tube itself was originally manufactured as test equipment for television repairmen. What’s fascinating about this is that [Eric] had to rewind the deflection yokes himself to get it working again. Luckily he documented quite a bit about his initial research into this process and his experiments to remedy some distortion issues he encountered once it was working.

Make sure to head on over to TubeTime and read their overview of the Battlezone machine. After the break we’ve also embedded a few of our own pictures as well as the interview at BAMF.

END_OF_DOCUMENT_TOKEN_TO_BE_REPLACED

That’s right. [Colin Furze] just made a household appliance obsolete. Who needs a toaster when you can cut your bread… and toast it at the same time!

Leave it to [Furze] to make something out of the Hitchhiker’s Guide to the Galaxy a reality. Submitted as an idea by one of his subscribers to his new series called Furze’s Invention Show, he took it upon himself to make the long revered lightsaber bread knife. We were waiting for this day.

Unfortunately, it’s not exactly a light saber. In fact, its more of a light-saw-ber, which, pronounced with the right accent could be easily mistaken for the real deal. Using a re-wrapped microwave transformer — much like home-made spot welder rigs — [Furze] is pumping a ton of amps at low voltage through a hacksaw blade, making it red hot and ready to toast bread.

END_OF_DOCUMENT_TOKEN_TO_BE_REPLACED 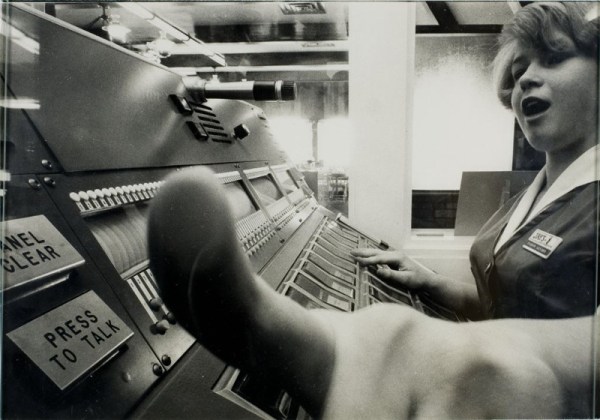 Throughout their long history, American Machine and Foundry (AMF) have made forays into many areas of automation. And as the American cultural landscape of the 1950s and ’60s shifted toward fast, cheap, and convenient foodstuffs available for consumption inside of spacious, finned automobiles, AMF was there with AMFare, an (almost) completely automated system for taking orders, preparing food, and calculating bills.

AMF named the system “ORBIS” after its two main functions, ordering and billing. But ORBIS was not completely autonomous. A human operator received orders from a table-side telephones inside the restaurant and intercoms used by drive-in customers, and entered them on an enormous console. Orders were routed to several machines to prepare the food, cook it, and package it in various ways. We witness the odyssey of the burger in complete detail, from punching out perfect patties to their final, plastic-wrapped form.

Surprisingly, the AMFare selection wasn’t limited to delicious burgers, fries, and milkshakes. It could crank out sixteen different menu items, and do so pretty quickly. In the space of one hour, AMFare could produce more than 400 burgers, over 350 orders of fries, or about 700 milkshakes. Even so, collating the orders required human intervention. We imagine that the awful task of cleaning all that expensive Rube Goldberg-esque machinery did, too.

END_OF_DOCUMENT_TOKEN_TO_BE_REPLACED 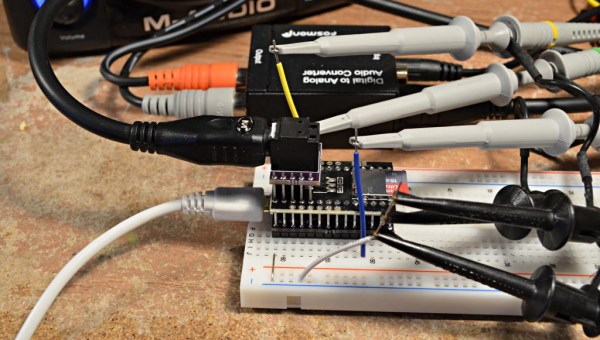 Hackaday, we have a problem. 3D printing is changing the world but it’s still too expensive to be embraced as a truly transformative technology.

With each passing year, the 3D printing industry grows by leaps and bounds. Food safe PLA is now the norm, with dissolvable and other exotic filaments becoming more mainstream.  New filaments are making it possible to print objects that were not possible before. New CAD software is popping up like dandelions, with each iteration giving novice users a friendly and more intuitive interface to design 3D models. As time marches on, and we look into its future, a vision of the 3D printing world is evident – its only going to get bigger. 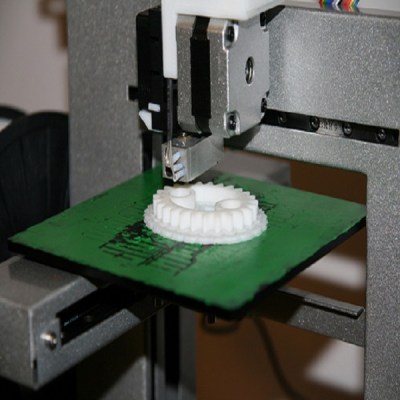 Imagine a future where a 3D printer is as common as an ink jet printer in homes all across the world.  A future where you could buy filament from the supermarket down the street, and pick up a new printer from any hardware store. A future where dishwashers, refrigerators and bicycles come with .stl files that allow you to print upgrades or spare parts. A future where companies compete to give the market easy-to-use printers at the cheapest price.

Is this future possible? Not until the technology changes. It’s too expensive, and that’s the problem you’re going to solve. How can you make a 3D printer cheaper? A cheap printer could change the game and make our future a reality.

Where do we need cost savings?

To get you going, here are some parts of common 3D Printers which think need to find cost-saving solutions.

Stepper motors are going to run you about $15 each. Is it possible to use cheaper DC motors with some type of position tracking while keeping the cost down?

Threaded rod is probably the cheapest way to move your XYZ axis. What about couplings and guide rods? Check out how this guy made a CNC out of parts from his local hardware store.

No arduino with Easysteppers here – too expensive. We’ve just seen a super cheap controller a few days ago. If we use something other than NEMA steppers, it will radically change the typical electronic controller for our super cheap 3d printer.

What is the cheapest way to melt and extrude plastic? What about using thermistors in place of thermocouples? Let’s think out of the box with this, and see if we can get away from the typical stepper motor based extruder. Remember, everything is low cost. If we have to sacrifice some resolution, that is OK.

So there you go. Let’s hear your input on the issue. We need to make 3D printers a lot more affordable and we want to hear any ideas you have on the topic in the comments below. Do you think this is in our future and why?