Sometimes you have to start out with big goals. Ninth-graders [Finja Schneider] and [Myrijam Stoetzer] are aiming to make a magnetic field scanner that would be helpful in finding large underground metallic objects, like unexploded WWII bombs that pose a real threat whenever a new parking garage is excavated in Germany. But even big goals have to start out somewhere, so they’re gaining experience with the sensors and the math necessary to recreate 3D magnetic flux vector fields on household objects like sawblades and magnetized screwdrivers.

For their science-fair project, [Finja] and [Myrijam] took a mid-80s fischertechnik “toy” 2D scanner kit, mounted a 3D magnetic sensor to it, and wrote some firmware to scan around and pass the data back to a computer where they reconstructed the field lines and made some nice visualizations. Along the way, they tried a number of designs, from a DIY chassis on carbon-fiber rails to sensors with ferrofluid. They document their successes and failures equally nicely in their lab report (PDF, German). You can get a lot of the gist, however, from [Myrijam]’s blog and their Hackaday.io entry.

You might also recognize [Myrijam] from her work with [Paul Foltin] on their eye-controlled wheelchair interface. These are some really cool projects! We’re excited to see how they develop, and are stoked that the future of hacking is in such capable hands. 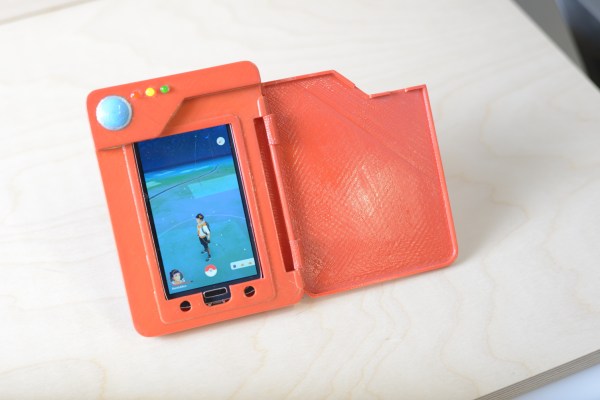 The launch of Pokemon Go has unleashed the franchise upon the world once again but this time it’s encouraging users to get active and socialize in the great outdoors. To show off their dedication to the cause, [Npoole] 3D printed a Pokédex external battery and case to combat the game’s already legendary drain on their Galaxy S4’s resources. 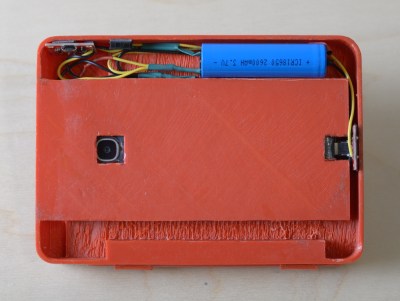 Mimicking the first-generation Kanto design, [Npoole] 3D printed it in red ABS and added a small circuit with a red, yellow and green LED to complete the effect. Inside, a 18650 lithium cell provides the much-needed backup power via a micro B plug and is boosted to 5V with a LiPo charger/booster board. Despite a switch on the circuit, the battery slowly drains so that’s something to be corrected in a future version.

As you can see, there is still some room left over in the external bat–I mean–Pokédex, and [Npoole]  intends to add another battery and a cooling fan to further improve the design. The result is a little bulky, but for new and diehard fans alike, a working Pokédex definitely worth it.

While that’s printing, if you’re looking to hack your way to the perfect Poké-ball throw, try out this lo-tech addition to your Pokémon trainer kit. 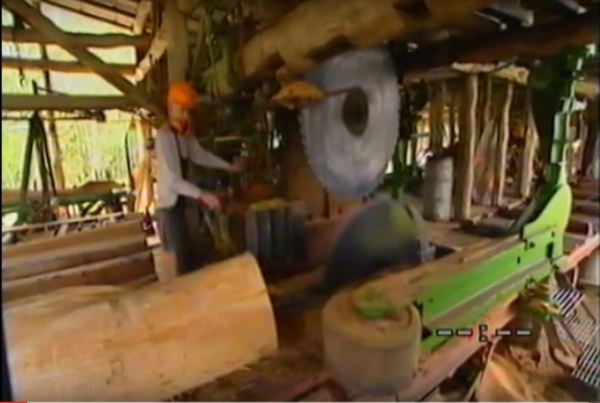 The title of ‘maker’ is conventionally applied to the young-adult age group. In the case of 84 year-old Ralph Affleck, a lifelong sawmiller, ‘maker’ perhaps undersells the accomplishment of building a fully functioning sawmill that can be operated by a single individual.

Starting in the trade at the age of 16 under his father’s tutelage, fifty years of working in sawmills saw him still loving what he did as retirement loomed. So, with pen, paper, and a simple school ruler he designed the entire shop from scratch. Decades of expertise working with wood allowed him to design the machines to account for warping and abnormalities in the timber resulting in incredibly accurate cuts.

With no other examples to guide his design — aside from perhaps old style steam-powered sawmills, and newer portable ones that he feels are inadequate for the job — much of the shop is built from scratch with scavenged parts. And, that list is impressive: four hydraulic cylinders from a Canberra bomber, levers from an old locomotive, differentials and gearboxes from a MAC and 1912 Republic trucks, a Leyland engine that operated for 13 years without the need for maintenance, and an assortment of old military and air force vehicle parts. This is complimented by his log skidder — also custom — that would look at home in a post-apocalyptic wasteland. Built from two tractors, it combines three gearboxes for 12 forward and 8 reverse gears(what!?), and can hit 42mph in reverse!

END_OF_DOCUMENT_TOKEN_TO_BE_REPLACED 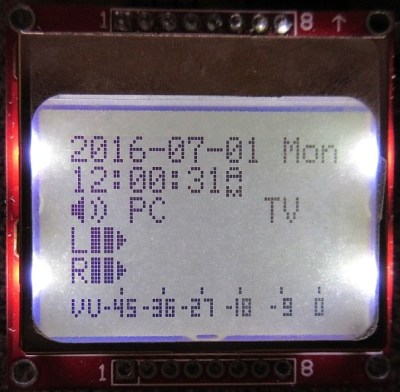 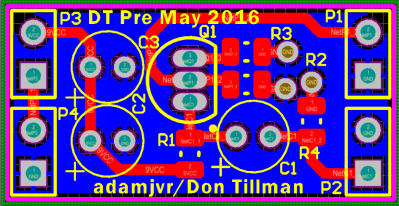 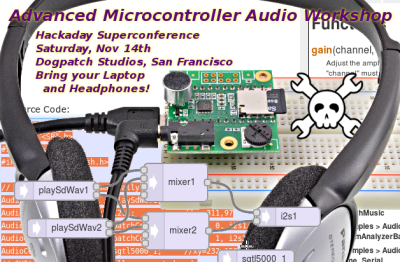 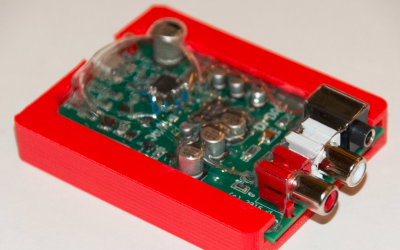 This one’s not a flashy hack, it’s a great piece of work and a good trick to have up your sleeve. Sometimes you’ve got a voltage difference that you’d like to measure, but either the ground potential is at a different level, or the voltages are too high for your lowly microcontroller.

There are tons of tricks with resistive voltage dividers that you can play. But if you want serious electrical isolation from the target, there’s only one way to go — an optocoupler. But optocouplers only really transmit digital signals, and [Giovanni Carrera] needed to measure an analog voltage.

[Giovanni] built up and documented a nice circuit. He even tested it for linearity. If you’re ever in the position of needing to measure a voltage in a non-traditional way, you’ll thank him later.

We just got through reviewing MicroPython on the ESP8266, and one of the main takehomes is that our ESP modules need more flash memory. You may be in the same boat — the earliest (and cheapest) modules on the market only had 512 kB of flash. For over-the-air programming, or to give you some more space for fancier programs, you’re going to want 1 MB or even 4 MB.

The solution? Just buy a new flash chip and solder it on. This is especially easy if you’ve got an ESP-01, ESP-03, or ESP-11 modules where the flash chip is exposed. Desolder, resolder, done. It can be a little trickier for those modules with a tin can around chips, but that’s nothing that a little hot air can’t fix. See the video embedded below for a good walk-through.