Lego is an entry into the world of engineering for many a youngster, and an enjoyable pursuit for many more. These days, high quality kits are available to make everything from the Tower of Pisa to Nintendo’s venerated NES console. [TronicsFix] picked up the latter set, and decided it needed to be fully functional.

Consisting of 2646 pieces, the official Lego NES is a faithful recreation of the original, albeit at approximately 80% of the size. After building the kit to spec, [TronicsFix] noted that there was no way a cartridge would fit in the slot.

Given this failing, a ground-up rebuild was in order. Starting with the internals from an original NES, [TronicsFix] set about building an appropriately sized base and working from there. Supports were built to mount the various components, with the controller ports being particularly well done, and the video output and power switches being a little more tricky. The many cosmetic pieces from the official kit came in handy here, giving the final product the aesthetic touches it needed to fit the bill.

The final result is an authentic, functional NES in a LEGO case. [TronicsFix] demonstrates as such, showing the console playing Super Mario 3. Nintendo consoles remain a favorite amongst modders; some going so far as to build fire-breathing creations. Video after the break.

END_OF_DOCUMENT_TOKEN_TO_BE_REPLACED 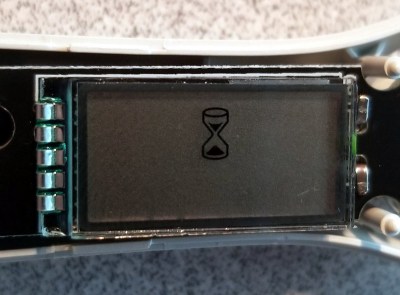 We all know that version one of a project is usually a stinker, at least in retrospect. Sure, it gets the basic idea into concrete form, but all it really does is set the stage for a version two. That’s better, but still not quite there. Version three is where the magic all comes together.

At least that’s how things transpired on [Shane Wighton]’s quest to build the perfect basketball robot. His first version was a passive backboard that redirected incoming shots based on its paraboloid shape. As cool as the math was that determined the board’s shape, it conspicuously lacked any complicated systems like motors and machine vision — you know, the fun stuff.  Version two had all these elaborations and grabbed off-target shots a lot better, but still, it had a limited working envelope.

Enter version three, seen in action in the video below. Taking a page from [Mark Rober]’s playbook, [Shane] built a wickedly overengineered CoreXY-style robot to cover his shop wall. Everything was built with the lightest possible materials to keep inertia to a minimum and ensure the target ends up in the right place as quickly as possible. [Shane] even figured out how to mount the motor that tilts the backboard on the frame rather than to the carriage. A Kinect does depth-detection duty on the incoming ball — or the builder’s head — and drains pretty much every shot it can reach.

[Shane] has been doing some great work automating away the jobs of pro athletes. In addition to basketball, he has tackled both golf and baseball, bringing explosive power to each. We’re looking forward to versions two and three on both of those builds as well.

END_OF_DOCUMENT_TOKEN_TO_BE_REPLACED

If you’re building mechanical assemblies with 3D printed parts, you’ll quickly realize that driving machine screws into thermoplastic isn’t exactly an ideal solution. It can work in a pinch, but you can easily strip the threads if you crank down too hard. The plastic holes can also get worn down from repeated use, which is a problem if you’re working on something that needs to be taken apart and reassembled frequently. In those situations, using brass heat set inserts gives the fasteners something stronger to bite into.

You can install these inserts by hand, but if you plan on doing a lot of them, a dedicated press station like the one [Chris Chimienti] recently put together will save you a lot of aggravation in the long run. In the video after the break he walks viewers through the design and use of the device, which itself relies on a number of 3D printed parts using the very same inserts it’s designed to install.

To build this tool you’ll need a piece of aluminum extrusion, some smooth rod, a couple springs, and an assortment of fasteners. Nothing that wouldn’t likely be in the parts bin of anyone who’s been tinkering with 3D printers for awhile, though even if you had to buy everything, the Bill of Materials will hardly break the bank. For the base you can use a piece of scrap wood, though [Chris] has opted to make it a storage compartment where he can store the inserts themselves. We really like this approach, but obviously you’ll need to have access to woodworking tools in that case.

Clearly shopping on the top shelf, [Chris] purchased a kit that actually came with a Weller soldering iron and the appropriate tips for the various sized inserts. If you’re like us and just buy the inserts that come in a plastic baggie, you may need to adapt the arm to fit your iron of choice. That said, the idea of having a dedicated iron that you can leave mounted in the press makes a lot of sense to us if you can swing it.

[Joshua Vasquez] wrote up a phenomenal guide to getting started with heat set inserts last year that’s an absolute must-read for anyone interested in the concept. Whether you build a dedicated press or just push them in freehand, his tips and tricks will help insure you get the best result possible.